Retail behemoth was firing on several, but not all cylinders. 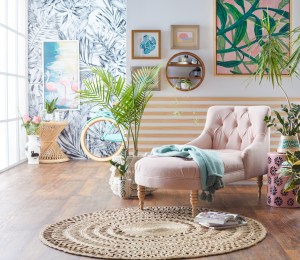 Walmart Inc. today posted stronger-than-expected earnings for the first quarter of fiscal 2020 with a 3.4 percent increase in U.S. same-store sales — the highest gain in the period in the U.S. in nine years — and earnings per share of $1.13, easily beating Wall Street analysts’ consensus estimate of $1.02 per share.

E-commerce sales surged 37 percent in the first quarter, but revenue of $123.9 billion at the world’s largest retailer came up short compared to the analyst estimate of $124.94 billion, with international currency headwinds blamed. Net income during the 2020 first quarter increased 80 percent to $3.84 billion, from $ 2.134 billion in the prior-year period.

Walmart chairman and chief operating officer Doug McMillon said the retailer has been “mirroring our e-commerce inventory in the U.S. to enable free next-day delivery from walmart.com. Earlier this week, we launched this service in the southwest and will ultimately cover about 75 percent of the country by the end of the year.”

“Increasingly, we’re offering customers more ways to shop with Walmart,” McMillon said. “In addition to next-day delivery on an assortment of bestsellers, customers can shop in our stores, pick up their order, buy groceries and have an increasing number of other store items delivered same-day, or via the two-day free shipping assortment that we’ve been building.”

Walmart also launched during the quarter new voice ordering capabilities for grocery and its Store No. 8 incubator, unveiled the Intelligent Retail Lab at a live store in Dallas to explore the possibilities that AI can contribute to the retail experience through real-world solutions. New partnerships were introduced with Drew Barrymore for home products, Bobbi Brown in the health and wellness area, and Kidbox, children’s apparel.

Shares of Walmart dropped 41 cents to $99.88 on the New York Stock Exchange in pre-market trading.