1830: The first Woolrich woolen mill is set up in Plum Run, Pa. Founder John Rich travels to logging camps selling fabric, socks and other sundries from a mule cart. 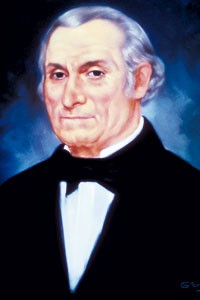 1830: The first Woolrich woolen mill is set up in Plum Run, Pa. Founder John Rich travels to logging camps selling fabric, socks and other sundries from a mule cart.

1845: Woolrich Mill moves to what is now Woolrich, Pa.

1861-1864: During the Civil War, the company manufactures blankets for Union Army troops.

1914: Supplies blankets, stockings and coats to the armed forces in World War I.

1970s: Purchases three down plants to start manufacturing down vests and jackets.

1975: Develops the Arctic Parka specifically for workers on the Alaskan pipeline. The company is named the exclusive U.S. distributor of Hudson’s Bay Point blankets.

1980s: The introduction of such new materials as Gore-Tex, Thinsulate and Cordura enables Woolrich to enhance the performance of wool. The company launches its international business in Canada, Italy and Japan.

1996: Roswell Brayton Jr. is named president and chief financial officer of Woolrich Inc. The company shifts its focus from being a manufacturing-based company to a marketing-driven one.