Wedding Techs Take Aim at Traditional Way of Saying ‘I Do’

Millennials don’t mind dating with a quick swipe left or right on a phone. They draw inspiration from Pinterest boards and Instagram feeds. 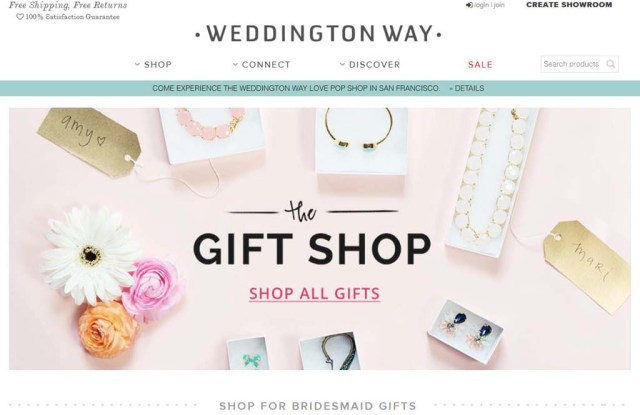 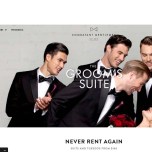 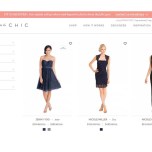 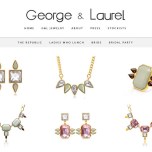 Millennials have hit the refresh button on saying “I do,” turning to the wed-tech upstarts lining up to snag a slice of what IbisWorld Inc. said amounted to $8.5 billion in wedding apparel and accessories sales last year for a digital-age customer who prefers clicking through gowns, suits and weddings inspired by Pinterest boards and Instagram feeds.

“If you observe how Millennials behave compared to generations 30 years prior, their parents’ generation, it’s just very different on all levels in terms of how they stay in touch with friends, how they consume media [and] how they shop,” said San Francisco-based Weddington Way founder and chief executive officer Ilana Stern. “But when a Millennial woman gets engaged, she can basically take her wedding, hand it to her mom and her mom could plan it the same way she did her own 30 years ago.”

It’s that disconnect, Stern said, between consumer behavior and the bridal industry that got her excited about starting her business and has given legs to the overall wed-tech business.

Weddington Way, which is projected to have sales of $10 million this year, sells special occasion dresses priced at $150 to $500 on its site. Its inventory spans about 1,000 different styles and last year the company shipped about 40,000 dresses. The company, this week, expanded into men’s with suit and tuxedo rentals.

Weddings are big money, but how to make the process of dress or suit shopping likable for the Millennial — or that broader base of digital consumers — is something wed-tech companies have seized upon.

Even those not in the wedding business have taken note.

Cerritos, Calif.-based e-tailer Revolve, which caters to the Millennial consumer, expanded its footprint into bridal with the launch of The Wedding Shop earlier this year. It’s a separate space on the Revolve site dedicated to selling gowns from brands such as For Love & Lemons and WildFox. Los Angeles women’s vertical e-tailer Reformation also charged into weddings when it started marketing bridesmaids dresses, also earlier this year, and e-tailer Asos made a similar push with its own bridesmaids and special-occasion collection this year.

It’s the entire weddings industry that’s being turned on its head — not just the apparel side of the equation — with the aging of the Millennial consumer, pointed out Thumbtack chief economist Jon Lieber. Thumbtack is an online community where freelancers can sell their services — anything from graphic design to catering — and weddings is its single largest category with double-digit growth over the past 12 months, according to Lieber.

He attributes part of that growth to the company’s improved targeting efforts, but he largely sees it as an indication of a maturing marketplace. Over half the women using Thumbtack are between the ages of 18 and 34.

“This is a generation of women who, as they’re planning their weddings, they’ve grown up online,” Lieber said. “We’ve really been able to take advantage of the increased use of marketplaces and the internet to help plan weddings.”

The appetite’s certainly there, say some entrepreneurs who have found success with a simple flip of the switch, or change in HTML coding.

That was the case for Irvine-based Combatant Gentlemen, according to marketing director Hafez Adel.  The company added a landing page with a phone number and e-mail aimed at grooms after noticing customers buying its suits in bulk. It took that to the next level with the recent launch of a weddings portal, called The Groom’s Suite, to not only make purchases but also track what stage in the fittings process each groomsman is at to ensure everything remains on schedule for the wedding.

Weddings is the fastest-growing sector for the vertical suit e-tailer, which sells suits starting at $140.

“The alternatives are rentals from a national franchise,” Adel said. “Tuxedo rentals go for $160 to $180. We’re selling our tuxedos for $200. So for $20 more, you could own it. You could alter it. It’s yours to keep and that’s just really much more compelling to guys and the product selection that we have just speaks to Millennials tastes more.”

The traditional wedding players aren’t sitting back, recognizing the need to speak to Millennials in a different way from past generations.

“The majority of our initiatives are focused on the Millennial bride because she’s our primary customer,” said Trevor Lunn, senior vice president and chief customer officer at David’s Bridal. “She’s planning her wedding and doing the majority of her research on her smart phone and tablet.”

That’s why David’s Bridal underwent a Web site relaunch to make it more mobile friendly and also rolled out an app earlier in the year to help brides with planning.

The larger chains see their competitive advantage in omnichannel.

“The trend towards lots of online startups, wedding and otherwise, has been to add stores after seeing success online — because that’s what the customer wants,” Lunn said. “We’re working to offer the same digital advantages these startups do, but with the expertise of accessible retail locations already under our belt.”

Investors see the dollars in the rise of wed-tech startups in a segment of the industry that’s just getting its legs.

Pritzker is an investor in Vow to Be Chic, a Santa Monica, Calif.-based wed-tech started by Kelsey Doorey who pitched it “for fun” at a business school competition and ended up being offered funding on the spot from judges.

The company’s customers are in their early 20s and 30s. “They’re tech savvy and they’re used to shopping online and having things delivered to their door,” said Doorey, who is now looking to raise Series A funding.

Weddington Way closed on its $9 million Series A round last summer, bringing its total raised to date to $11.5 million. The funding helped push the company’s expansion earlier this year into giftable items, such as jewelry from designers like Lulu Frost, for brides to gift to their bridesmaids. That was followed by this week’s launch of The Gent Shop for grooms and groomsmen with suit and tux rentals starting at $150.

The born-online wed tech may already have a leg up when it comes to understanding Millennials since many of the founders are themselves of that demographic, but they say they’ve also got data backing up their business strategies. It’s numbers and patterns that can be culled quickly and precisely with just a few clicks that informs the design or buying process, points out Weddington Way’s Stern.

“It’s very different than what I did [working] at Bloomingdale’s, which was looking out three to six months in advance and taking historical data to try to inform what we do, whereas here it’s all from the customer,” Stern said. “If emerald is trending on the runways and our customer isn’t responding to emerald, we’re not going to push emerald dresses.”

In other words, the wed techs get that if they don’t have the right merchandise, business could be lost to competitors as quick as the swipe of a wrist.