Melanie Cox is beginning to see positive results from her initiatives, which include returning Wet Seal to its SoCal roots. 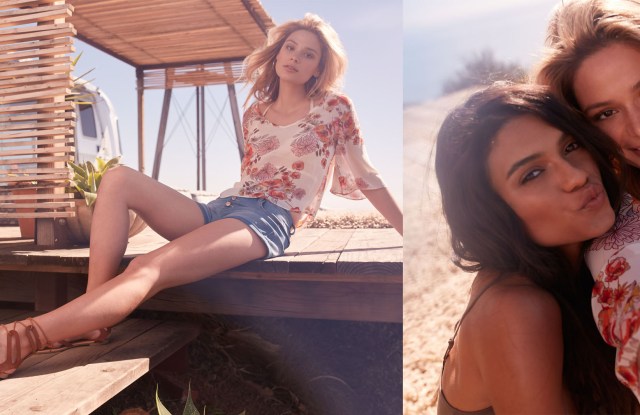 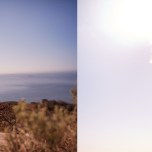 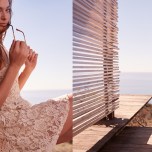 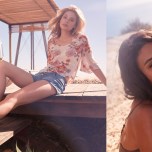 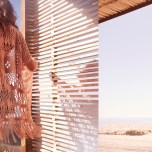 “There had been four ceos in as many years and lots of strategy changes,” said Cox, who was a Wet Seal board member before moving into the C-suite. “When I arrived, I walked into a very sluggish, not on-point, very dated, very bureaucratic company. It was very obvious that the core DNA had gone missing.”

The retailer, which filed for bankruptcy protection in January 2015, was acquired by Versa Capital Management at auction. When it emerged from Chapter 11, it had shuttered 338 units, leaving 173 stores.

Cox’s initiatives, including a design reboot, are beginning to be felt. “We’re seeing positive results and significant improvement in profit margin,” she said.

She’d been studying the teen market for some time. Just prior to West Seal’s filing, Deb Stores and Delia’s sought Chapter 11 bankruptcy protection. “I noticed that a lot of businesses in the teen space were simultaneously imploding,” she said, estimating that more than $1 billion in revenue was lost in one year.

Cox’s mission became returning Wet Seal to its SoCal roots. “It’s effortless chic,” she said. “My biggest fear was that they [customers] were gone and not coming back.”

The retailer held focus groups and listened to what participants said. Cox challenged her staff to call out looks they believed in and “buy them really big. Everybody in the building was horrified. We were wrong, the buys weren’t big enough. When we get the right item at the right price, we can’t keep it on the shelf.”

To symbolically give the company a fresh start, Cox moved two weeks ago to new offices. “We designed the space to be emblematic of the brand, so you’re living and breathing it every day,” she said. “I really wanted the offices to be cool. I called James Brett, the president of West Elm, and used their new office furniture and residential furniture.”

Cox hired back some sales associates and has been empowering them with product knowledge. “It starts with the buy. Once they understand the big ideas — the uniforms that girls will wear — they can put looks together.”

As a merchant and head of product development at Wet Seal when it was still a regional chain with 11 stores, Cox was responsible for developing products. “I knew what I needed that wasn’t in the market,” she said, noting that Wet Seal’s designers had become isolated as the retailer became more vertical. Product is now created with input from the merchants, the way it used to be, she said.

“Young women think they want to stand out, but they really want to be part of a tribe,” Cox said. “The edit is overwhelming for them. To inspire that girl we put together uniforms and looks. This segment loves to see the head-to-toe.”

Wet Seal’s new logo uses hand-drawn script to spell out the name. The new image campaign features videos and images of three girls and a guy taking a vintage Airstream for a road trip to the cliffs high above Malibu.

Wet Seal could go public again in three to five years. “There’s lots of different ways this could go,” Cox said. “Wet Seal can be a 300-store chain. There’s always market share to steal. There was way too much sameness. The contemporary market has gotten way too expensive. Teens want the look, but very few can afford that approach.”

Cox wants to win over shoppers by articulating trends in a digestible way. “They want to see how it can be done,” she said. “But one false step… ”