White House|Black Market: Back to the Roots

President Donna Noce, who came on board in 2007, has focused on the brand’s DNA. 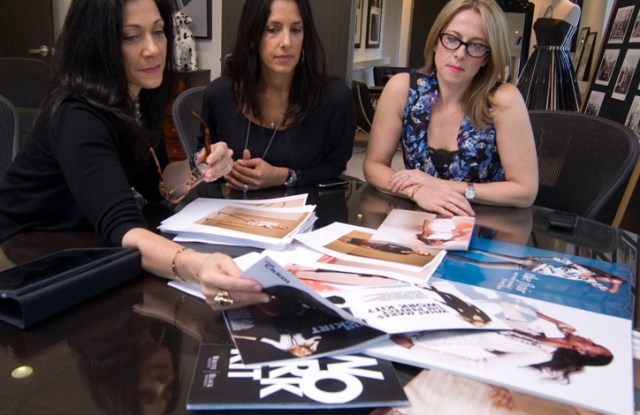 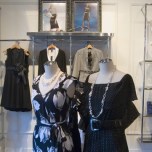 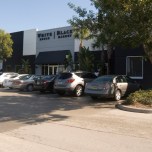 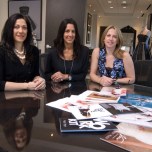 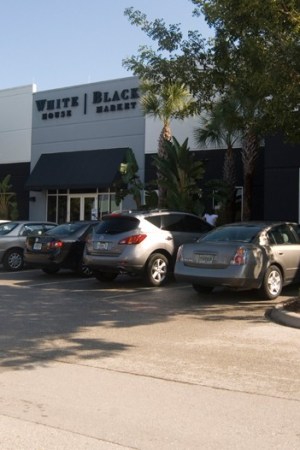 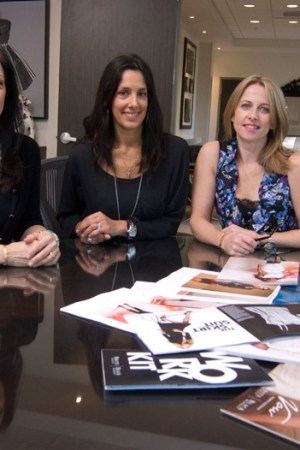 Donna Noce and members of her team.

This story first appeared in the March 16, 2011 issue of WWD. Subscribe Today.

Acquired by Chico’s FAS Inc., in 2003, the niche brand with a minimal color scheme suffered the usual corporate setbacks, from growth pressures to quality control issues resulting from unrealistic demands. It also had drowned in the mass market’s sea of sameness. President Donna Noce, an Ann Taylor and Lerner alumna who came on board in 2007, reports it was not only time to revisit the brand’s DNA, but orchestrate a focused strategy to move forward.

“We’ve undergone a total restoration based on the original White House boutique in Baltimore, which was very aspirational and detail driven,” she said from her sunny corner office within Chico’s campus here of multiplying warehouses and old rural canals where the occasional reptile still roams.

The redirection has already proven its value — boosted somewhat by the early backing of First Lady Michelle Obama, who famously wore one of the retailer’s dresses on “The View” two years ago. Among Chico’s portfolio that also includes Soma Intimates, WH|BM has seen steady sales growth, with revenues increasing 14.3 percent to $590.3 million in the year ended Jan. 29 from $516.4 million a year earlier. The division represented 31 percent of Chico’s total sales last year, up from 30.1 percent in 2009. Comparable-store sales rose 8.4 percent last year. Excluding the distribution center and field, the brand operates with 202 employees within Chico’s total staff of 1,239. Continuing on the path of last year’s addition of 17 stores for a total fleet of 363, Noce plans an aggressive retail expansion this year.

She partly attributes the improved efficiencies to running a tight ship. Only two others — including Lisa Converse, senior vice president of design, and Liz Edmiston, who departed Tory Burch and started as senior vice president, general merchandise manager in late February — have final say on strategic moves.

“I’m not about having a huge hierarchy, but a small group of hands-on senior people,” Noce said.

On the verge of outgrowing its two lofty buildings adjacent to Chico’s mother ship, WH|BM runs almost vertically save for outsourcing production in China, according to Noce. Trend scouts, exclusive print painters, patternmakers, and on down the line are neatly organized in a beehive-esque work flow, and each fashion department, broken down into items such as dresses or knits, surrounds its cozy, personal meeting area with a conference table and sofas.

The campus’ soon-to-open amenity hub will offer healthy versus comfort food cafeterias, a fitness center and possibly daycare and will sit directly across from WH|BM’s parking lot. Employees can even fill a prescription and get their nails done without leaving the grounds. With an easily accessible airport, Noce, a Jersey girl, may as well be just across the Hudson.

Just south in blink-and-you’ll-miss-it Estero, Fla., the company’s store in the Coconut Point Mall serves as the test site before collections roll out nationally. Its clientele of put-together snowbirds and young mothers doesn’t seem to realize their comments and purchases are being monitored with the keenness of ospreys in surrounding nature preserves. They’re too busy having a good time perusing product and playing dress up.

“Our associates style them just like at any specialty boutique,” said Noce, referring to the late morning action in a roomy dressing area with Cecil Beaton décor and a three-way mirror center stage. “We have large dressing rooms because helping customers build head-to-toe outfits with at least three different ways to wear it, is where real sales occur. It’s very glamour driven.”

Service-driven sales naturally transitioned to Vow, a bridal collection of five dresses retailing from $348 to $698, plus shoes and accessories, that launched in spring 2010. It’s available online or through the company’s only bridal salon on the third story of its Oak Street location, formerly the Ultimo boutique, in Chicago.

“When I saw the space’s parquet floors and fireplace, it reminded me of shopping for my wedding dress,” said Noce, of the company’s first multilevel store, which opened last September.

That sense of feminine indulgence crosses into everyday fashion and new categories, too. Cashmere in sexy, off-the-shoulder and cable-knit wrap sweaters for $168 and $248, respectively, debuted in 2010, along with faux fur vests, boleros and coats in black, white and leopard from $148 to $168. Cosmetics with “Feel Beautiful” branding also launched last year. Shoes evolved from basic black to pumps with bows, and jewelry jumped from uneventful to statement. Continuing to be wrinkle-free and machine-washable, fabrics are held to higher standards. Seams stay tight, and buttons no longer fall off.

“Fall 2008 was when we drew the line in the sand and made the commitment to improve on all levels,” said Noce.

Spring 2011’s midcentury sportswear inspired by Claire McCardell and the “Mad Men” craze balances fit and flair dresses in colorful European garden prints. Beginning with red in 2008, a fashion color such as hydrangea blue and coral pops between deliveries of styles in neutral colors, also known as “palette” cleansers.

“Customers anticipate the next color and talk about it on Facebook,” she said, though signature black and white still comprises 80 percent to 85 percent of the offering. “Being limited to a single color per season is a bit risky because we only get one shot.”

Built on ladylike cardigans, pearls and “Sex and the City” flower pins, as well as sexier bustiers and strapless dresses, the selection expanded into staples like denim in 2005. Originally reluctant about the addition, customers now love its novelty details and “Feel Beautiful” message inside waistbands, according to Noce, who followed up with embellished chinos. A new career wardrobe campaign branded as the “Work Kit,” much like a real-life version of paper dolls with core items like The Cardi, The Shell and The Skirt, is especially geared toward women just starting out in the workforce, such as college graduates.

“We wanted going to work to feel special, but we aren’t taking away from dresses. The flirty polka-dot dress for strolling down the boardwalk remains our DNA,” she said.

Stores, which average 2,600 square feet of selling space, also avoid cookie-cutter molds, favoring unique and oddly shaped venues and props. A signature crystal chandelier and black-and-white fitting rooms are the only common ground within site-specific décor like vintage armoires and ceramic dogs. Sometimes context plays in, such as paintings and sculptures for Naples, Fla., which has a vibrant arts scene. Noce reports the whole experience must feel like an independent boutique, since that’s where her customers mostly shop.

“They say we’re their best-kept secret,” said Noce, who sees it often when scrolling the company’s Facebook page every night.

Late to social media, the company caught up quickly with 49,000 Facebook fans and a spike in blog posts. Rather than commerce, Noce uses the platform to connect as a community. Fans usually answer questions before customer service even gets a chance, and they love to post photos.

“We aren’t just known as ‘that black and white store’ anymore. We’re a viable brand,” she said.