The company has taken on tough, often underserved challenges. 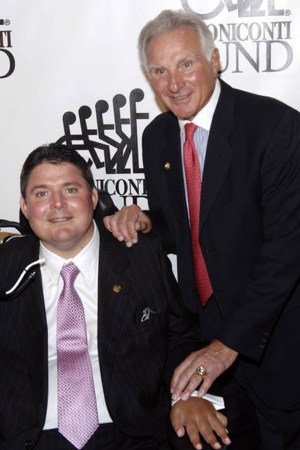 Pilanthropy can be a slow, frustrating endeavor with no guarantees, but Stanley Whitman has had the good fortune to see real results in his lifetime. The maverick behind Bal Harbour Shops took the same unchartered course in partnering with fledgling causes in fields that were either last in line for raising awareness or considered too daunting.

“He realized there’s nothing more important to a community than hospitals and schools,” said Matthew Whitman Lazenby, Stanley’s grandson and president and chief executive officer of Whitman Family Development. “For a long time, we’ve been aligned with the University of Miami Miller School of Medicine and Miami Country Day School.”

The Whitmans chose to take tough medical challenges like the Buoniconti Fund to Cure Paralysis, the fund-raising arm for the Miami Project, which launched in 1985, and is touted worldwide for its spinal cord injury research. Named after the Buoniconti family when Marc Buoniconti, the son of former Miami Dolphin Nick Buoniconti, was paralyzed in a football injury, the fund has raised more than $300 million and has five FDA-approved SCI clinical trials under way, including Schwann cell transplantation, which uses one’s own cells to lessen the chances for rejection, according to Stephanie Sayfie Aagaard, director of major gifts, corporate relations, marketing and events for the Miami Project and the Buoniconti Fund. A couple of its main events are the annual Great Sports Legends Dinner in New York, and Destination Fashion, a bash that takes over the entire Bal Harbour Shops.

“We wanted to do something big in Miami because it’s where the charity was born, and we have the number-one spinal research center in our backyard,” said Sayfie Aagaard, who got up the nerve to ask the Whitmans to shut down the center for a night to host the inaugural party in 2004. “Mr. Whitman didn’t even bat an eye. He just told us to go for it.”

Three others followed — the 2012 event alone raised $31 million — with designers like Michael Kors, Ralph Lauren and Emilio Pucci showing on a 400-foot runway in the parking lot during a seated dinner. Donna Summer and Seal performed at the finale after 2,500 attendees made their way from one end of the center to the other through interactive, themed vignettes and stores with exclusive merchandise.

The next spectacle, scheduled for March 5, marks the center’s 50th anniversary. Guests will travel through time to encounter pop cul- ture (James Bond, “Sex and the City”) over the decades. Two weeks prior, they can visit stores to bid on silent auction items that have included a his-and-her diamond bracelet and watch set from Tiffany & Co. and a tour of Chanel’s Paris apartment. The fashion designer sponsored by Neiman Marcus and entertainment act will be announced in mid-November.

The Whitmans have also been involved with Project: New Born, an organization that has raised more than $20 million to create and support the neonatal intensive care unit at UM’s Holtz Children’s Hospital and endow a faculty chair, among its initiatives.

“Because Florida services an elderly community and its diseases like cancer and diabetes, babies are notoriously underserved,” said Schatzi Kassal, who in 1973 founded the organization when the preemie death rate was 96 percent; now there is a 96 percent survival rate for preemies. “Stanley put us on the map.”

Their initial collaboration, a book signing for Stanley Marcus’ “Minding the Store,” evolved into annual fashion shows and galas at Bal Harbour Shops and regional resorts for 600 attendees. Lanvin’s first fashion presentation in the U.S. in 2010 drew a record audience.

“No matter where the fundraiser is held, the center underwrites it, and the Whitmans attend,” said Kassal. The next event is in fall 2016. “Stanley always asks questions like how many people are coming and who’s the featured designer. It’s more than writing a check.”