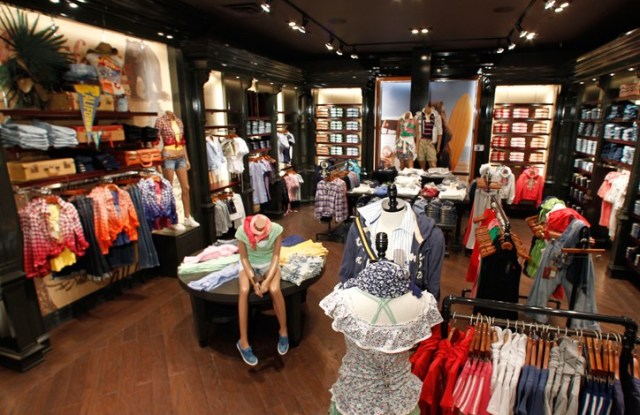 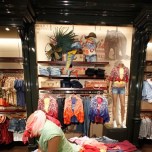 NEW YORK — Who.A.U., the South Korean teen retailer with a penchant for California iconography, on Friday will open a 4,500-square-foot flagship at 22 West 34th Street here.

Parent E-Land Group, a $7 billion conglomerate, operates about 70 Who.A.U. locations in Shanghai, Beijing and Seoul. The new Manhattan store will be only the third in the U.S. “Who.A.U. could have 400 stores in the U.S.,” said Daniel Pang, president and chief executive officer. “We’re planning to open more stores in Manhattan. There are some very attractive locations such as SoHo and Union Square, and we’re always looking on Fifth Avenue. We can accelerate very fast.”

The store’s 6,000-square-foot lower level will be used for retail at a later date “to expand with more of everything,” Pang said.

E-Land, whose brands include Brenntano, Underwood, Teenie Weenie, Shane Jeans and G-Star, among others, operates 3,000 stores in China and 3,000 in Korea.

“We have in our mind to bring another store concept to the U.S.,” said Pang. “We have many different concepts in our portfolio. We make quick decisions. We’re not a public company.”

In Who.A.U.’s 34th Street windows, two huge bears wearing bathing trunks flank the doorway. Other props in the windows include palm trees, mannequins dressed in jeans and T-shirts, bikinis and shorts and surf boards. How did a company based in South Korea home in on touch points such as surfboards, oranges and the automobile culture? “When we started the brand in 1998, we looked at California,” said Pang. “Our product development team spent a lot of time there.”

And Who.A.U. didn’t miss a symbol or signpost. The brand’s spring-summer commercial — not shown in the U.S. — features blonde girls, surfers catching the waves, a couple stealing a kiss and a group of friends cavorting on a wicker sofa.

The store’s dark wood paneling is not necessarily California influenced. Pang said it makes the store “look rich.” There are antler chandeliers, mannequins sitting on the edge of tables and others lying on shelves.

Pang said the grizzly bear is on the state flag of California, hence its significance to the brand. “Class of 1849,” which appears on some “vintage” garments, references “the year of the San Francisco Gold Rush,” he said. “Our brand is about challenge, pioneering and adventure.”

Customers are encouraged to use their creativity. At the polo patch section of the store, shoppers choose patches displayed in vintage luggage, priced from $2 to $15. The patches are pinned to a chosen garment and sent to an in-house seamstress who sews the patches on within 30 minutes.