Call In The Cavalry: Wild West Brooklyn Is Coming 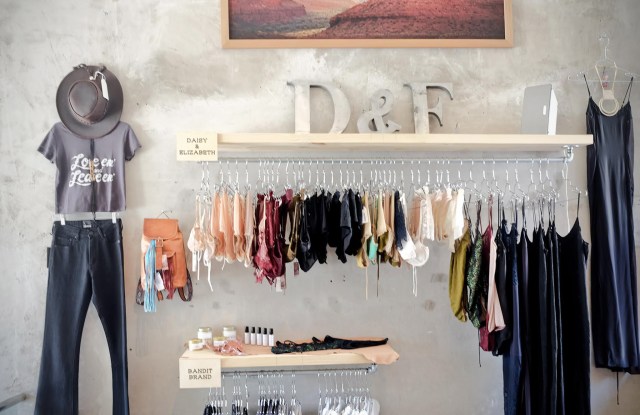 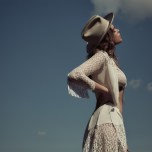 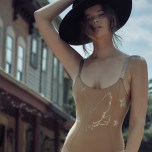 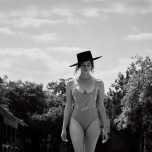 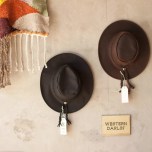 Wild West Brooklyn is a concept shop for modern cowgirls.

Daisy Hartmann and Elizabeth NeSmith, founders of the Brooklyn-based lingerie and swimwear label, Daisy & Elizabeth, are launching the shop on Saturday, filled with products that have a Western aesthetic.

Both Hartmann and NeSmith hail from south of the Mason-Dixon line. NeSmith, who is from Georgia, grew up listening to country music, and in fact, wanted to be a singer when she was five years old. Hartmann was raised in Maryland on a steady diet of the Everly Brothers and Elvis.

Wild West Brooklyn will feature Nudie’s Rodeo Tailors X Daisy & Elizabeth, a collection of beige slips, bra and panty sets, camisoles and rompers with custom embroidery and rhinestone detailing. The Bobbi dress, $475, features American eagle and star embroideries on the hem with a sheer tulle midsection. The Rocket Man bra, $175, is an ode to Elton John with star rhinestones and western bow details.

Hartmann said Wild West is giving brands that don’t have a physical presence a storefront at 439 Metropolitan Ave. in Williamsburg. “We have until May 15,” she said. “We’re hoping to continue the idea, if not there, then in some other place.”

The women chose brands to complement Daisy & Elizabeth. “We wanted to bring all the pieces that go over the underthings, and the accessories that go with that,” NeSmith said. “We looked at what styles would pair well with our brand. For example, jumpsuits that you can leave a little unbuttoned to see what’s underneath.”

“The common thread is a sort of Western detailing,” Hartmann said. “It’s a little bit country and a little bit rock ‘n’ roll. With Nudie’s, it’s been a little more kitschy. Generally, we like to keep [the Western influence] organic and a little bit sophisticated.”

Daisy & Elizabeth manufactures its lingerie in the United States in small runs, so the products have an element of exclusivity.

“The Nudie’s partnership has extensive embroidery and rhinestone-ing and the price point is much higher for the custom work,” NeSmiwth said. “We found a balance in between their price points and our price points. The Nudie’s collection may be something our customer will save up for.”

The women said their designs have been worn by country singer Kacey Musgraves. “We hope to work with other country artists and dress them,” Hartmann said. “We’re in talks with Margo Price. We’re big fans of Nikki Lane and a lot of those singers in Nashville.”