The company recently opened a second store, in the Malibu Country Mart, and last week opened its first shops-in-shop concept at the Nordstrom in the Westfield Topanga mall. 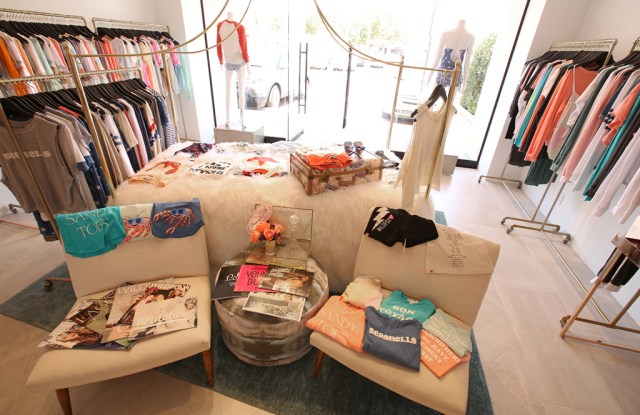 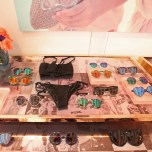 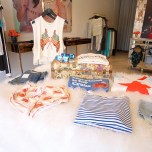 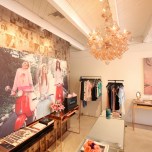 The Los Angeles-based line, which has built a brand around retro, beach-infused imagery, appears to be ramping up for growth yet again. The company recently opened a second store, totaling just under 700 square feet, in the Malibu Country Mart following 2014’s flagship opening in the Sunset Plaza. Last week the company opened its first shops-in-shop concept at the Nordstrom in the Westfield Topanga mall in Canoga Park, Calif. that will be the first of several.

Sommers, who is the majority owner of Wildfox, estimates a 25 percent boost in sales to more than $120 million by the end of the year.

That will be driven by retail growth, of which Sommers said Miami is up next for a Wildfox store, followed by New York City and possibly Scottsdale.

The company opened a temporary outlet store at the Desert Hills Premium Outlets in May that remains open through July. The store’s business has been so robust, Sommers said he’s now eyeing a permanent location for a Wildfox outlet.

And talks continue with a partner to bring the Wildfox brand to Asia by the end of next year.

As for the shops-in-shop concept, as many as ten will be rolled out to Bloomingdale’s stores by Christmas.

“The brand personality comes out when you get to display what Wildfox is about, not just using fixtures from the department stores. But it’s personality where you’re able to stand out [in store],” Sommers said. “And it’s easier rather than opening up stores all over the place. It’s less commitment.”

The shop-in-shops, which will be around 1,000 square feet, will be miniature versions of the Wildfox stores, with the signature peach fuzz hues, chandeliers and beds.

It’s been a wild ride for the brand, which launched in 2007 with each strategic decision a new exercise in learning the ropes of the retail or fashion business.

“This is a new business for us,” Sommers said of the shop-in-shops. “[Wildfox] is my first crack at the fashion business so it’s been a learning curve here since we started.”

Wildfox currently has about 80 workers companywide, which includes store employees. The line is sold in about 1,600 stores, including Ron Herman, Planet Blue and Shopbop among other retailers. Sommers is still very much hands-on and operating the company as a start-up holding the titles of ceo, president and cfo.

And it’s not just retail growth that Wildfox is pursuing. Sommers is biting off even more on the product development side.

Wildfox will debut its first fragrance, done in conjunction with Elizabeth Arden, on Aug. 3. Initially it will be sold exclusively in Nordstrom with distribution expanding by the end of the year.

The company will also add dresses and is considering getting into underwear, which “could be a big market for us,” Sommers said.

“Just watch for next year; it’s going to be a big year,” Sommers boasted.