Mike Ullman in Race Against Time at J.C. Penney

William Ackman is sticking by the retailer — which might help buy some time for the new chief executive. 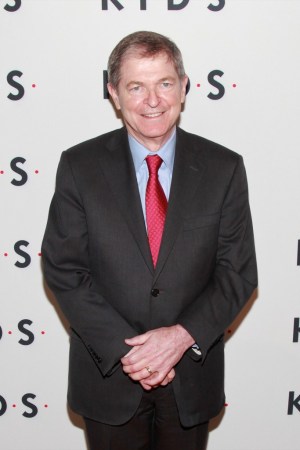 William Ackman is sticking by J.C. Penney Co. Inc. — which might help buy some time for the new chief executive, Myron “Mike” Ullman 3rd, who is seen as having just a few months to stanch the bleeding at the company.

This story first appeared in the April 11, 2013 issue of WWD. Subscribe Today.

“We’re not going anywhere,” Ackman told WWD in his first public comments on the retailer since Ron Johnson was ousted as chief executive officer Monday. “In fact, we’re going the other direction. We’re digging in.”

Ackman’s Pershing Square Capital Management holds 17.8 percent of Penney’s stock, and other investors have been trying to gauge whether the investor would sell any of his 39.1 million shares of the company. Penney’s stock closed up 1.2 percent to $14.09 Wednesday, but the issue is still down 11.2 percent since Johnson was ousted late Monday, leaving the firm with a market capitalization of $3.1 billion.

The investor’s continuing support for the chain removes some uncertainty around the stock, but there are still more questions than answers about the company’s operations. And the clock is ticking, since Penney’s faces rapidly dwindling cash reserves, a customers exodus and a sea of red ink.

“All Ullman has to do is show progress. Nobody in their right mind is expecting Ullman to turn this steamship around on a dime,” said Bud Konheim, ceo of Nicole Miller, which does Nicole by Nicole Miller with Penney’s. “The second Ullman shows a 1 percent change in the right direction, he’ll get all kinds of support.”

Miller’s line was on deck to get in-store shops, but that hasn’t happened yet. “Ready-to-wear was the last thing he [Johnson] was going to change. It was first home, then men’s, and ladies’ ready-to-wear last,” said Konheim. He said he was going down to Plano, Tex., on Monday to meet with Penney’s. “We’re very successful there. We wanted our boutique, and our sales are good.”

Others aren’t so optimistic. “One hundred days,” said Walter Loeb of Loeb & Associates. “That’s what they give U.S. presidents as the honeymoon period, so we might as well give it to Mike Ullman too. There is very little time. He has to get ready for Christmas and must have merchandise that will fit into the assortment that has appeal to value shoppers.”

Loeb said the company’s ranks have been decimated and that Ullman will need to reenergize them.

“I’ve overheard the staff standing in corners talking about their futures,” Loeb said. “They are demoralized.”

Penney’s is severely wounded after Johnson’s star-crossed effort to transform the staid, even boring chain into the future of department-store retailing. He sought to eliminate coupons and convert the sales floor to a series of shops-in-shop, but the shock to consumers and expense ultimately left the retailer with a 25 percent sales decline and nearly $1 billion in losses last year. Vendors and lenders are rattled, and the company’s cash position has become an increasing concern on Wall Street.

Bankruptcy does not appear to be in the offing — for now.

Penney’s has a $1.85 billion revolving credit facility that provides a meaningful cushion, and its next debt maturity comes in 2015, when $200 million in bonds come due. (In better days, Penney’s had no problem borrowing money, selling $500 million in 100-year bonds that won’t need to be paid off until 2097.)

Ullman is widely seen as a bridge to the next iteration of the chain, but what he does now could prove to be vital to the department store’s future.

“[Ullman] may not be the long-term answer to the ultimate success of J.C. Penney, but he clearly is the best option today since he knows the company and can bring stability to the organization,” said James Mitarotonda, the chairman and ceo of Barington Capital Group, an activist hedge fund that invests in retail, apparel and footwear companies.

“First and foremost, the important thing is for Ullman to stabilize the business, to have the right product for the upcoming holiday season and stem the flow of people from the organization,” Mitarotonda said. “He has to move quickly.”

Karen Harvey, ceo of Karen Harvey Consulting Group, the executive search firm, said Penney’s chose Ullman because the board did not want to go through a protracted search process. “It would take time, and it’s difficult to do in a confidential way. The board will develop a strategy for the long run. They will reestablish the brand and get it back on track and will integrate some of the things Ron has done,” said Harvey.

“There are very good reasons to go with what you know when the bleeding is that severe. Mike has a track record, and I think there’s no way he’ll step in without very explicit communication from the board. To turn something around at this point — they hired Ron because they wanted change — it’s all about execution. Ideas are only ideas. They’re not good ideas unless they’re executed well. Perhaps Ron had the right ideas, but they weren’t executed properly.

“Mike is going to come in, and there’ll be a tacit understanding that he’ll have the time he needs, knowing the business like he does. You go to somebody who knows where the light switches are and the low-hanging fruit will be, and from an operating perspective knows how things work. Mike has a very loyal following, and he’ll pull the right people together.”

Greg Schooley, a partner in A.T. Kearney’s private equity practice, said Ullman “has some limited time — emphasis on some. It’s not like this is going to capsize overnight.”

While Penney’s posted steep losses in the fourth quarter, the company also freed up about $400 million in cash by limiting inventory, Schooley noted. “I suspect Mr. Ullman is going to investigate a similar approach to try to stanch the bleeding,” he said.

In addition to stabilizing the ship and preserving cash, Schooley said Ullman has to get the message out that things have changed.

Despite the recent missteps, Penney’s still has a very large business and a long history with customers. And shoppers have been very clear on what they want at Penney’s.

“It’s very hard to get back your volume after you drop that much, but the American consumer is not afraid to go in and buy things at a discount,” said John Henderson, a director at Net Worth Solutions Inc. “There’s plenty of great things to buy in J.C. Penney. [Ullman] could make Mother’s Day a big event, and he could make Memorial Day a huge event, and by that time you’re in June and he could have resources working on some other opportunities.”

The company could get its vendors to change prices on goods going into the store in the second quarter and then look to build profitability back in the fall, Henderson said, noting Penney’s might also come calling to vendors for markdown support.

Johnson also trimmed Penney’s operations significantly as ceo, cutting its cost structure. That could help profits eventually bounce back with a sales increase. The company’s payrolls shrunk by 43,000 last year to 116,000.

Even so, Ullman is going to have to make a series of big, rapid-fire decisions, dealing with pricing policies, marketing and personnel, as well as skittish vendors and lenders. CIT is said to have levied a 1 percent surcharge on vendors shipping goods to the chain to cover higher credit risk.

“He’ll have to move on major decisions pretty quickly given they are burning through a lot of cash,” said Monica Aggarwal, debt analyst at Fitch Ratings.

Aggarwal said the company under Johnson’s plan would have burnt through up to $1.5 billion in cash this year after plowing through $900 million last year.

“We are going to be looking to what the cash-flow number is and what kind of external financing they put in place,” Aggarwal said. Penney’s also has real estate it can tap into, the analyst noted. It owns 430 of its 1,100 stores, as well as its massive headquarters in Plano, Tex., and some distribution facilities.

Ultimately, the company’s desire to alter course sends a strong signal to the market.

“Given that there’s change there and clearly people are trying to make stuff happen, you get time from your lending community and vendors and everyone,” said Rosemary Sisson, high-yield desk strategist at Lazard Capital Markets. “Within six months, he’s going to have to show some signs of something working better, he’s going to have to do something fairly quickly.”

Vendors are certainly ready to give Penney’s another chance.

Jamie Gorman, president of Only Nine, a moderate sportswear resource that used to sell Penney’s several years ago, said, “Bringing back Mike [Ullman] is going to be fabulous. You can’t bring in a software guy to run a retail company. You need retail specialists who know what the customer is looking for. Ron Johnson’s format would never work at Penney’s when he tried to change the pricing structure. You can’t lose the coupons. The customers want value and price. You can’t take a moderate store and make it better. Mike will clean house with the people Ron brought in and start fresh.”

David Lipman, chief creative officer of Lipman, said there are several things Ullman can do if he doesn’t have the money to invest in advertising.

“It’s so broken right now,” Lipman said. “They have to use communication in the new age and traditional age to get people into J.C. Penney.

“One of the first things he should ask himself is: ‘How do I improve the experience in the stores?’ First, I would walk the floors and second, I would take my best customers in my A stores and find out what they love about J.C. Penney. I’d try to understand my number-one shoppers and shadow those people and find out why they keep coming back. I’d build some loyalty and loyalty programs for J.C. Penney. I’d then expand the store’s merchandising mix to carry more au courant lines. Shopping at Penney’s should be made easy and should be fun.”