Matthew Williamson to Do Macy’s Line

The designer capsule collection series is a key component in the store’s strategy to woo younger shoppers. 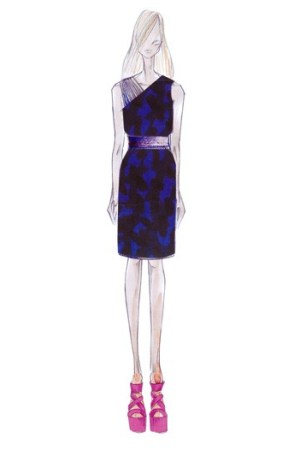 Matthew Williamson is next up in Macy’s designer capsule collection series, a key component in the store’s accelerating strategy to woo younger shoppers and project a hipper image.

This story first appeared in the March 11, 2011 issue of WWD. Subscribe Today.

Williamson will give a bright, bohemian edge to Macy’s selling floors, creating embellished day and party dresses, printed scarves, and day-to-evening rompers, among other items, about 30 styles in all. The line launches April 13 in 225 doors and on macys.com. Prices will range from $50 for a blouse to $150 for dress, with some more expensive items, such as leather and suede jackets, priced up to $300. An advertising campaign with model Dree Hemingway breaks Tuesday.

Macy’s executives acknowledge the store doesn’t command a fair share of the younger fashion market, and does a better job selling traditional and better brands for the misses customer. But they’ve been trying to pump up the Impulse contemporary floor by bringing in guest designers to create exclusive collections with a run of about two months each on the selling floors.

“The most important thing is finding designers that best represent what the trends are of the moment,” said Molly Langenstein, Macy’s Inc. executive vice president of fashion and new business. “This spring, the Seventies prints and colors are strong influences, and Matthew exudes those. He is tremendous at pops of strong color and he does dynamic prints reminiscent of the Seventies and the disco era.”

Said Williamson: “The collection aims to capture the essence of the mainline brand, with a focus on effortless glamour; dynamic prints; loosely structured silhouettes, and pops of strong color.”

British designer Kinder Aggugini, due to his tailoring skills and trends favoring more structured products such as jackets, kicked off the series. Karl Lagerfeld will follow Williamson. A fourth designer also will create a capsule collection but Macy’s has not revealed the designer’s identity. Langenstein said with each capsule collection the intent is to capture as close as possible the designer’s aesthetic but at the Macy’s price point.