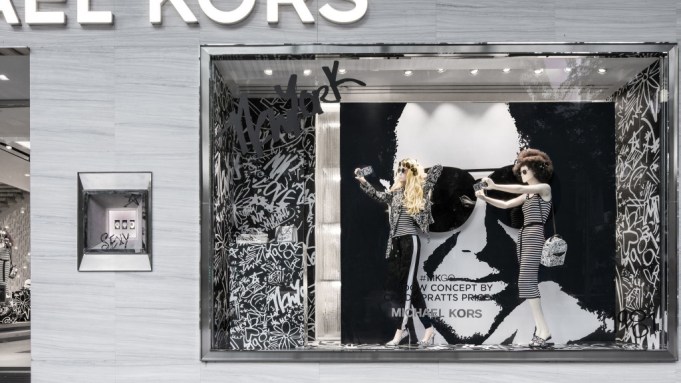 NEW YORK — “Entertainment,” said Candy Pratts Price succinctly, responding to the question of what makes for great window display. “You want another one-word answer? — intoxicating. How about contagious? It’s all the same.…Stop, look and listen. You’ve got to make people want to buy.”

“These are the best of the best of the past year,” said Jon Harari, cofounder of WindowsWear. And it’s not just about windows, noting that awards are also given to interior displays, packaging and other visual areas. “A lot of the creative teams from the different brands and retailers don’t know each other so we just want to celebrate  and bring them together.”

WindowsWear, a web site that archives hundreds of thousands of photos of window displays, store interiors, merchandise presentations and e-commerce from around the world, determined the nominees based on the content uploaded to the web site over the past year. “We went through over 30,000 images to determine the final 108 nominees,” Harari said. “WindowsWear then compiled those nominees and placed them on an online public voting page where anyone from around the world could select their favorites from each category.” There were 18 categories to vote on. “The page was live for about six weeks and the project that ended up with the most votes won.”

Among other winners, Coach won the best prop award, utilizing old-style push-button phones in a gold phone booths. Giovanni Zaccariello, Coach’s vice president of visual experience, said the brand had four nominations in different categories, including its “summer travel” window seen in Kors stores globally and depicting giant 3-D postcards of New York, formed out of product. “It was all about travel, a bright color palette and positive energy,” Zaccariello said.

Lord & Taylor won the “Legacy Award” honoring its gone but not forgotten Fifth Avenue flagship windows, which year after year were a major holiday draw until the flagship closed early last month.