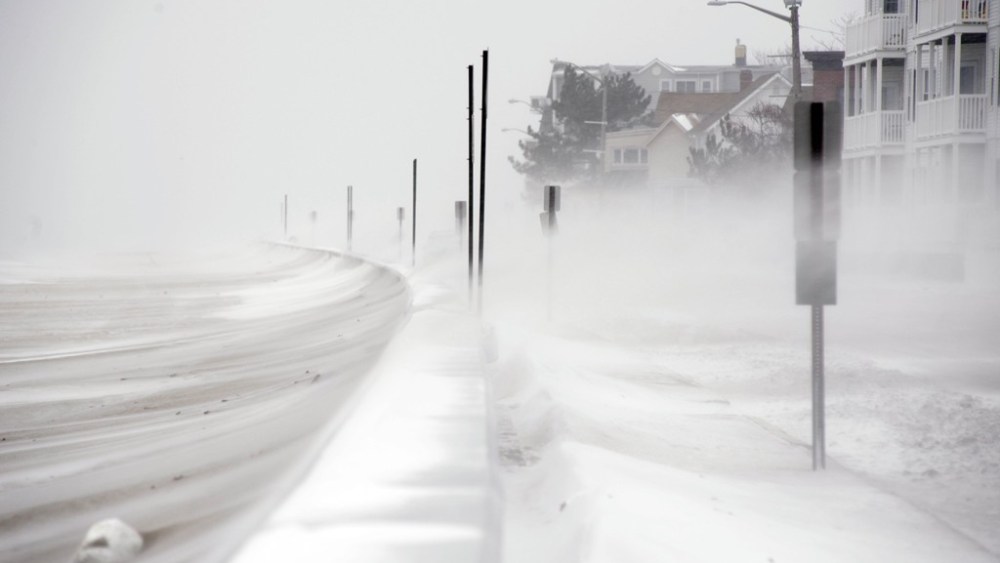 Hercules flexed its muscle over the Northeast on Thursday night, forcing retailers in many parts of the area to delay their openings Friday morning.

The first significant snowstorm of 2014, dubbed Hercules by the Weather Channel, dumped up to two feet of snow across the area, forcing the cancelation of thousands of flights and the closure of several major roadways overnight, including the Long Island Expressway and the New York State Thruway.

Both New York and New Jersey were under a state of emergency and the governor of Massachusetts closed state government. New York City schools were also closed, as were many school districts throughout the Northeast.

Along with the storm came frigid temperatures, dropping to 8 degrees below zero in Burlington, Vt., early Friday. Boston got hit by 13 inches of snow while west of the city the snowfall was as much as 23 inches in the small town of Boxford, Mass. New York City got seven inches. As of Friday morning, the storm has been blamed for four deaths including a woman outside Rochester, N.Y., who suffered from Alzheimer’s disease and froze to death after she wandered out of her home.

A spot check of stores in the area found that some malls in New Jersey and on Long Island pushed back their openings to noon from the standard 10 a.m. Friday morning. That included the Garden State Plaza in Paramus, N.J., which received eight inches of snow, as well as the Roosevelt Field Mall in Garden City, N.Y.

A spokeswoman for the Simon Property-owned Copley Plaza mall in Boston, said, “The mall is open. Some stores may be opening later today.”

Citigroup analyst Oliver Chen, who expects most shoppers to stay home on Friday and Saturday, said fourth-quarter sales could be lowered by 1 percent due to Hercules. He also expects Vera Bradley Inc., The TJX Cos. Inc. and American Eagle Outfitters Inc. to be impacted the most as they have the highest store concentration in the storm regions.

“Fossil and Ross Stores rank as the least impacted retailers, with 32 percent and 8 percent store concentration respectively in the Northeast and Midwest areas combined,” Chen noted.

The analyst also noted that accessory and jewelry retailers are less affected than apparel and softline stores. Store concentration is slightly less — on average 35 to 40 percent — for companies such as Coach Inc., Signet Jewelers Ltd., Tiffany & Co. and Zale Corp., compared with an average of 40 to 45 percent concentration for American Eagle, Abercrombie & Fitch, Ascena Retail Group, Gap Inc. and Urban Outfitters Inc.

At Barneys New York, women lingered on the main floor checking out $300 scarves and sighing at a display of Francois Nars’ framed photographs of Tahiti. While the store’s upper floors were considerably less busy, its eatery Fred’s welcomed a healthy-sized lunch crowd. Tara Hollywood, a manager, said the flow had been steady thanks to drop-in diners – who were not eager to leave. While a doorman at the Madison Avenue store said Friday had been quieter than usual, he added, “But Barneys is always busy.”

For the most part, that was not the case for other Madison Avenue stores. Certain stretches of sidewalks were so pedestrian-free that a stalwart deliveryman pedaled his bicycle there instead of in the unplowed street. While a foursome huddled up in a group hug to fight off the chill, a fastwalking man said aloud, “I could never live here.”

A few blocks south on Madison Avenue, Ugg Australia was a retail bright spot with shoppers trying on and buying boots and other winter necessities. The boutique was so busy that 30 shoppers had to wait in the 16-degree weather to enter the store and once indoors they faced another line that long to check out. Stalwart shoppers also waited patiently outside Abercrombie & Fitch’s and Hollister’s Fifth Avenue stores. Tiffany & Co. looked like it had its share of shoppers, as did Prada and Uniqlo. And many Central Park strollers appeared to beeline it into Bergdorf Goodman for a blast of warm air. Women clustered around the Loro Piana cashmere scarves and a few flights up others hovered over the sale racks in the shoe department.  Main floor accessories and marked down shoes were also the big attractions at Saks Fifth Avenue.

H&M was free from the typical Friday afternoon crush of shoppers, but those who ventured in were drawn to the oversized sweaters, leg warmers and three-packs of thick Hello Kitty socks. “From what I’ve heard, no one wants to go outside today,” an H&M saleswoman said. “But the tourists are still here and they want something to do. It’s better to do something than just look at the snow from indoors.”

Marco Balaguer, a street vendor selling Thinsulate gloves, fleece ear bands and winter hats near the Apple store, couldn’t have agreed more. He said his sales Friday tripled what he would sell on a typical day. Expecting to sell more than 1,500 items, Balaguer shrugged, “People don’t like to be cold.”