Britain’s high street clothing stores might be struggling, but Internet business is brisk for a new clutch of vintage stores. 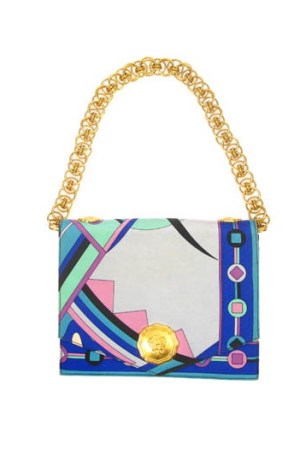 LONDON — Britain’s high street clothing stores might be struggling, but Internet business is brisk for a new clutch of vintage stores.

This story first appeared in the December 29, 2009 issue of WWD. Subscribe Today.

The Web sites are proving popular among those who love the idea of wearing important pieces of 20th-century fashion, but who don’t have the time or energy to trawl through shops or markets.

The sites are also doubling as vintage clothing libraries, offering video clips, editorial comments and research on the pieces they carry. Many are creating a real world presence by staging exhibitions and salon events, as well as permanent and pop-up stores.

In late 2008, ex-investment banker Clare Nicholls launched Vintage Academe, at VintageAcademe.com. Despite the economic turmoil, Nicholls said consumers have responded to the Web site — particularly to its higher-end pieces.

“People said I was crazy, but the most expensive pieces have sold the best, so we’re looking to stock more pieces above 10,000 pounds [or $15,948],” said Nicholls, whose “fine vintage” — what she terms high-end vintage pieces — is now also available at two Browns boutiques in London.

“With what’s happening in the economy, people want more for their money. It’s [equivalent to] couture, but what we’re selling is more reasonable,” said Nichols, whose vintage Chanel suits retail from 1,750 pounds, or $2,791.

Nicholls, who plans to open a Vintage Academe store in London’s Notting Hill in February, sees the Web site as more of an art gallery than a shop, and a far cry from the stereotypical image of a musty vintage dealer. “We like to think of fine vintage in an artisanal context, that should be displayed in a gallery-like setting,” said Nicholls.

Indeed, the site has a more editorial than commercial feel. Nicholls has even created an on-line magazine on the site called The Journal, which takes an intellectual look at the history and culture of fashion. “Look at the popularity of exhibitions such as the ‘Golden Age of Couture’ at the Victoria and Albert Museum [in London],” said Nichols. “Vintage Academe is very academic and people love that.”

Meanwhile, last January, Carmen Haid, a former communications director for Tommy Hilfiger in the U.K., and fashion journalist Alice Kodell launched the vintage clothing Web site Atelier-Mayer.com. The store takes a similarly historical approach to vintage clothing. It was inspired by Haid’s great aunt, the late haute couture dressmaker Klaudia Mayer, who founded the original Atelier Mayer in 1927. Haid believes the launch comes at an opportune moment, as consumers are questioning the value of fast fashion.

“I don’t think people want to spend 50 pounds [$80] on a piece from the high street that will last a season anymore,” said Haid. “A vintage investment is season-less.”

The Web site features pieces such as Halston dresses, Vionnet gowns and Schiaparelli jewelry. Since its launch, Haid has opened pop-up stores in New York and Ibiza, and is planning an exhibition during London Fashion Week in February.

Both Nicholls and Haid aim for their Web sites to become destinations for customers purchasing important vintage pieces.

“The kind of things we’re selling, you don’t tend to find in a vintage shop. It would be like comparing apples with pears,” said Nicholls. Haid added her Web site means that customers don’t have to sacrifice their leisure time to search out vintage finds. “We make the selection for our customers so they don’t have to go to the markets and wake up at 5 a.m.,” said Haid. “With a mouse click they can have beautiful vintage clothes delivered to their doorstep the same day, depending on where they live.”

The online luxury retailer CoutureLab, which was founded in 2007 by fashion retailer and investor Carmen Busquets, also carries a tightly curated range of high-end vintage pieces. The items are then reconditioned and revived by two designers whose collections are also stocked on the Web site — Michele Meunier and Oliver Chatenet, of the Paris-based label E2, and Walid Al Damirji, who designs the London-based label Walid. CoutureLab’s site then provides detailed information about the reworked vintage pieces it carries, such as jewelry by Madame Grès, Lanvin and Pierre Cardin.

In that vein, Vintage Acadame’s Web site also features commentary by fashion archivist Judith Watt and fashion journalist Belinda Morris, who explain the relevance behind each of the pieces sold on the site, while Atelier Meyer includes a style sheet with information about its garments.

Filiz Hassan, director of communications and marketing at CoutureLab — which recently added a bricks-and-mortar element, opening a 1,400-square-foot space in Mayfair’s Davies Street — said the Web site’s customers approach vintage fashion as a collectable item rather than as something solely to wear, and want to look at the history behind the pieces.

“The consumer that purchases a vintage couture dress is one that would also invest in a one-off art piece,” said Hassan.