The marketplace's founders believe the audience for ethically made sustainable products is rapidly growing.

Coming off a year of record sales in 2019, Wolf & Badger, the London-based multichannel retailer, that connects consumers on both sides of the Atlantic to more than 1,000 independent, ethically produced men’s and women’s apparel labels, and home and beauty brands, is planning to open its second U.S. store in Los Angeles by the end of the year, possibly in West Hollywood.

“We’re also looking at other opportunities [in the U.S.] beyond L.A. in the not so distant future,” said George Graham, chief executive officer of Wolf & Badger, noting that the company’s strides during the last 18 months included raising $6 million in exchange for a minority stake; the cash infusion will be used to fund Wolf & Badger’s growth.

On its 10th anniversary, Wolf & Badger is charting aggressive expansion. “We just started scratching the surface in the U.S. The brand that we built and the technology we built is enabling us to grow the number of independent brands and products we offer. We’re building this business to grow to $1 billion,” said Graham, who founded Wolf & Badger with his brother, Henry, the company’s creative director. “Last year, we made investments in people and technology and moved into a new store in London. There’s a lot more we’ll be looking to do in 2020.” 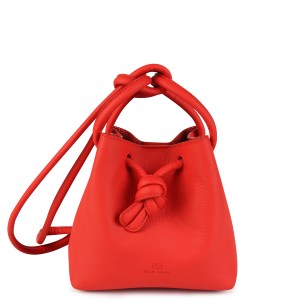 Wolf & Badger’s revenue increased 80 percent in the year ending Dec. 31, a reflection of the success of its 12,000-square-foot flagship at Coal Drops Yard in London’s King’s Cross, and sales increases at its newly renovated location on Grand Street in Manhattan’s SoHo, where the product offering was diversified with the addition of more home products, a new bar area and an iPad station for browsing the complete online assortment. Same-store sales at the unit rose 37 percent in 2019.

“We’re trying to communicate more cohesively and thoroughly what we’re doing online,” said Graham of the SoHo store. Brands pay a membership fee to be featured in the stores and online. “It was about bringing a more balanced product offering.”

Internet sales in 2019 increased 59 percent, with 9 million visitors to the e-commerce platform generating $13.5 million in sales, versus $8.6 million in 2018. Revenue is expected to more than double in 2020. “We’re the only business we’re aware of that’s executing what we’re doing,” said Henry Graham. “We’re growing our number of customers. The ethically conscious customer base is increasingly turning to more sustainable products and brands.”

The perception of independent brands being “mom-and-pop evening and weekend types of designers — that’s not the case at all,” Henry said. “Although there are small businesses with two or three employees, the majority [on the marketplace] are turning over several hundred-thousand dollars or several million dollars a year. 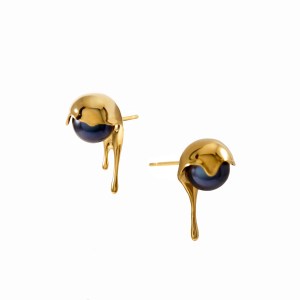 “We also work with some brands that are quite big and are trying to grow their markets,” Henry said. “They’re all independent and share the ethical ethos. We’ve grown sales very efficiently and are generating more volume for them. We pay brands promptly so that they can reinvest in their growth.”

The Grahams said most shoppers are usually only exposed to a couple hundred independent brands, while Wolf & Badger has tapped into 1,000-plus makers of artisanal products. The marketplace doesn’t stand in the way of their expansion. “We’re helping them grow,” George Graham said. “We don’t insist on any exclusivity. We help them develop new channels. Some of our success stories have gone on to open their own stores. As we see brands grow on our platform, we work with others that are earlier in their journey.”

Wolf & Badger provides DHL shipping labels to facilitate logistics for smaller brands that may have struggled to get the best rates. “We now have the brands themselves doing the actual shipping,” George said. “We looked to buy or license the software we needed to handle [fulfillment]. We built it from scratch, which was a big endeavor. We’ve found that the designers can adequately move the products.”

Another revenue stream is Wolf & Badger Studios. Launched three years ago, it’s become “a big side company of ours,” a spokeswoman said of Studios services such as commercials concept development, location scouting, talent sourcing and creative direction; look book and e-commerce photography, and fashion film production. “Designers aren’t obligated to use it, but many do,” she said. “Other big external brands also use Studios.”