A $250 million redevelopment aims to bring in luxury fashion brands, high-end restaurants and a European-style marketplace inspired by Eataly. 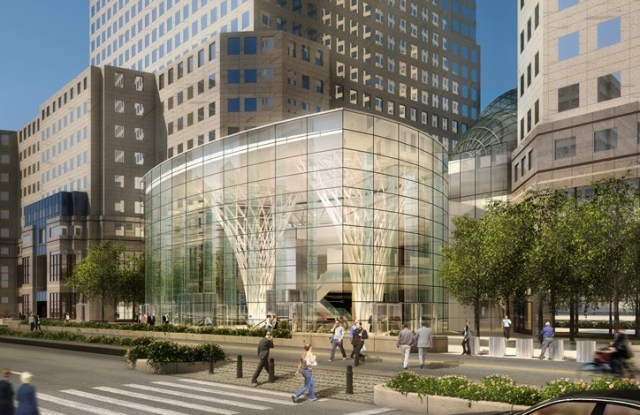 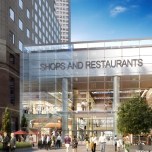 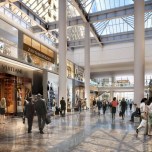 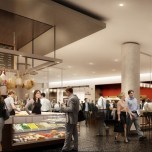 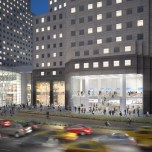 The World Financial Center in Manhattan has embarked on a $250 million redevelopment geared to transform its moderate retail and dining offerings into an exclusive array of upscale fashion brands, high-end restaurants and a European-style marketplace inspired by Eataly.

The broad-scope plan, announced Thursday, seeks to maximize its waterfront setting and views of the Statue of Liberty, and capitalize on lower Manhattan’s growing office, residential and tourist populations spurred by the rebuilding of the World Trade Center.

The project will include:

• Six restaurants and a dining terrace with 600 seats overlooking the Hudson River, as well as 14 “chef-driven” casual food offerings.

• A tall glass pavilion on West Street to serve as the new main entrance to the WFC linking it to the transit hub and facing the World Trade Center.

• A 25,000-square-foot marketplace with waterfront seating and an emphasis on gourmet and organic products sourced in the New York and New Jersey areas.

“Literally, this has been years in the making,” Richard Clark, chief executive officer of Brookfield Office Properties, which owns and manages the WFC, said at a press conference on the redevelopment. “We took our time and wanted to understand what the new lower Manhattan would be.”

“Lower Manhattan is still very underserved when it comes to the retail arena,” said Dennis Friedrich, president and chief investment officer for Brookfield.

Friedrich said WFC’s retail space will increase to 200,000 square feet, from the current 165,000, but could be expanded further and will be “highly curated, with international, national and up-and-coming local fashion brands and unique dining,” in a departure from the current portfolio that includes Gap, P.J. Clarke’s and Blockheads Burritos. Most of the current tenants will depart to make way for new ones.

Twenty years ago, when the 8 million-square-foot WFC was built it was conceived as an office complex, with its four copper-crowned granite and glass towers. Retail, dining and the Winter Garden public space were more like add-ons. However, the redevelopment marks a shift to truer mix-use, more in harmony with how the downtown community is transforming.

No new retail tenants were announced but talks are well under way.

According to Edward Hogan, national director of retail leasing, Brookfield is shooting for $1,500 in sales per square foot, or roughly $300 million in sales after the project is done. Rents currently are around $100 a foot, but will have a wider range from $80 to several hundred dollars post-construction, according to Friedrich. Omniplan/Morrison Dilworth + Walls, which created the Winter Garden, is the architect on the retail project.