Worth Sets the Stage for Growth

Worth, which sells directly to consumers through its network of sales associates or stylists, is poised to expand. 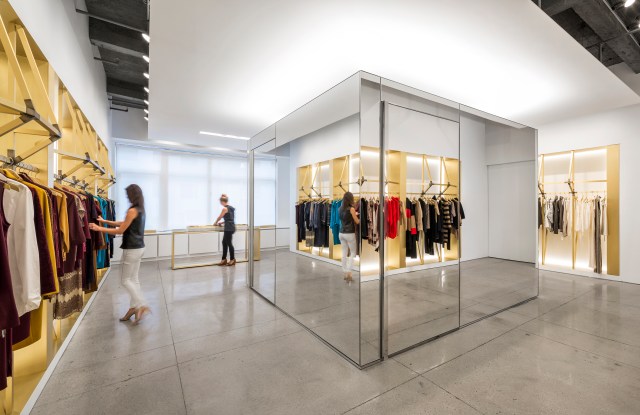 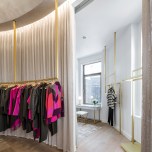 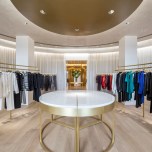 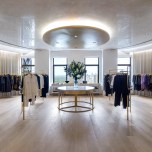 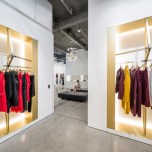 NEW YORK — Worth, the direct-to-consumer luxury fashion firm, is an anomaly in this digital age, selling the majority of its apparel, accessories and footwear in people’s homes. Think of the approach as an upscale Tupperware party.

The company, which will mark its 25th anniversary in January, is now making a bid for new customers with initiatives that include Web sites for the signature Worth New York brand and W by Worth, its younger, more casual sibling. At the same time, Worth is reinforcing its by-appointment method of selling with two new consumer-facing showrooms at the Crown building at 730 Fifth Avenue in Manhattan.

Worth wants to replicate the showroom concept in the U.S. and overseas. “We have an eye toward taking it to other cities,” said Dave DeFeo, the firm’s chief executive officer. “There are so many communities we’re not in. We could double our business — absolutely.”

While DeFeo declined to divulge Worth’s sales volume, he said the company has grown sales by every year except 2009. The company is owned by private equity firm Catterton Partners.

The personalized online approach seems to be a method of choice for these times. Brands such Bonobos and Trunk Club employ stylists online to help customers find the right products. An extension of this — now something of a phenomenon — is the monthly stylist subscription service that sends a box of products to subscribers each month. Nordstrom-owned Trunk Club’s boxes start at $40 a month, while 5th Avenue Style offers women nine to 10 items for $199 a month. The subscription box trend is even more prevalent in beauty with companies ranging from Birchbox to, most recently, Sephora.

Worth customers and sales associates, who are called stylists, are “something of a sorority,” DeFeo said. The 1,000-plus stylists speak the same language as their clients because they live in their communities and attend the same social functions. Worth customers have an estimated household income of over $200,000 annually, the company said.

Affluent and accomplished, Diane Manley epitomizes the Worth customer. As the brand’s vice president of design, she literally walks in customers’ shoes, wearing styles for hours to gauge comfort. This level of attention to detail has built Worth a loyal following.

“We have to add value or the consumer won’t pay these price points,” DeFeo said. “Worth uses similar fabrics, details and design processes that you might find in equivalent luxury brands. For the level of product, it’s significantly less than you’d find at Saks [Fifth Avenue] and Neiman [Marcus].”

Worth’s pattern-making is done at its design studio in the Garment Center here using old-fashioned dressmaker forms as well as digital technology. Designs are liberally embellished with fur, embroidery, ribbons and hardware such as grommets but there are also classic pieces such as button-down white shirts.

Jay Rosenberg, who cofounded the company in 1991 with Caroline Davis and the late Richard Kaplan — said Worth is “a unique and special business.” However, when he was approached about launching the company, he thought, “’Why would anyone want to buy clothes in their home?’”

“Women still want service,” Rosenberg said, answering his own question. “They want to be taken care of.” Rosenberg said that high-end specialty stores such as Martha and Sara Fredericks left a void when they closed years ago.

“We like the direct-to-consumer model, but we want to grow bigger,” DeFeo said.

Part of that growth will come from e-commerce. The company recently hired Britany Larsen as vice president of marketing. She’s overseeing digital platforms, including social media channels. The e-commerce component of the sites isn’t a hard sell by any means. Rather, the Web sites promote the experience of working with a stylist and the opportunity to become one. The management team views the site as complementary to its stylists rather than as competitive.

Worth’s personalized approach is available to consumers online through proprietary shared-screen technology with a live stylist. The company said it “absolutely” won’t undercut stylists with e-commerce. While Worth’s main goal is to use digital to help build the relationship between clients and stylists “while telling our brand story directly to consumers in a bigger way, we know that consumers today want to shop when and how they want and we are giving them these options,” Larsen said.

“If we could do 20 percent of our business digitally, that would be a really good goal,” said DeFeo who, along with Rosenberg, continually stresses the importance of the brand’s stylists to the growth of its business.

A new ad campaign for Worth New York features Elaine Irwin and Iris Van Berne wearing striking items from the fall collection such as a color-blocked leather jacket and wool twill button coat, respectively. “We liked the multigenerational representation between the two models,” said Larsen.

Worth chose the high-profile Crown building for the showrooms. “We love the folklore of being in this building with its gold roof,” DeFeo said.

The W by Worth space reflects the collection’s contemporary positioning with a fluorescent logo, faceless mannequins and concrete floors. “We kept [part of] the original ceiling raw,” said DeFeo. Dressing rooms, contained within a mirrored cube, have no mirrors of their own. “It encourages people to come out and be social,” said DeFeo, adding that the idea of a woman taking a turn in front of the mirror “reminds me of the Christian Dior salon in the Fifties, only it’s more reasonable [pricewise] and modern.”

Worth New York, located on the Crown building’s top floor, is tastefully appointed with views of Central Park as far as the eye can see.

“After testing in New York, we could roll out the showroom concept in the U.S.,” DeFeo said.

Rosenberg said the showrooms would translate internationally. “Each country has its own quirks, but without question, this could be international,” he said. “We’ve explored in Mexico, Canada and the U.K.”

The New York showrooms will never cater to more than three customers at one time to maintain the feeling of exclusivity. “We would fly a stylist to New York to work with a client,” DeFeo said. “It’s all based on lifestyle.”

Worth New York and W by Worth offer leather belts, handbags and scarves. “We’re growing handbags,” said DeFeo. “Jewelry may be next. Accessories are an easy sell. Accessories and jewelry could be added at the same taste level.

“The casual Lululemon trend is a category we can absolutely get into,” he added.

The customer will dictate the products Worth will launch next. By staying close to consumers with its one-on-one sales method, “you know who your customer is,” Rosenberg said.