In 2005, Nordstrom bought a majority stake in the Jeffrey luxury stores to capitalize on the skills of Jeffrey Kalinsky and his ties to designers.

The new Jeffrey store at the Stanford Shopping Center in Palo Alto, California.

Nordstrom Inc. has permanently closed its three Jeffrey specialty stores and is saying goodbye to Jeffrey Kalinsky, founder of the luxury stores and Nordstrom’s designer fashion director, WWD has learned.

Kalinsky, a key figure in building the designer offering at Nordstrom, has decided to retire, officials at Nordstrom told WWD.

The decision to eliminate the three Jeffrey stores comes on the heels of Nordstrom‘s disclosure two weeks ago that it would permanently close 16 department stores around the U.S., representing 13 percent of the full-line fleet. Nordstrom operates 116 full-line stores in the U.S., Canada and Puerto Rico.

Closing Jeffrey as well as the 16 full-line stores is a response to COVID-19 and “ensuring we have the right footprint to best serve customers,” Nordstrom said in a statement. 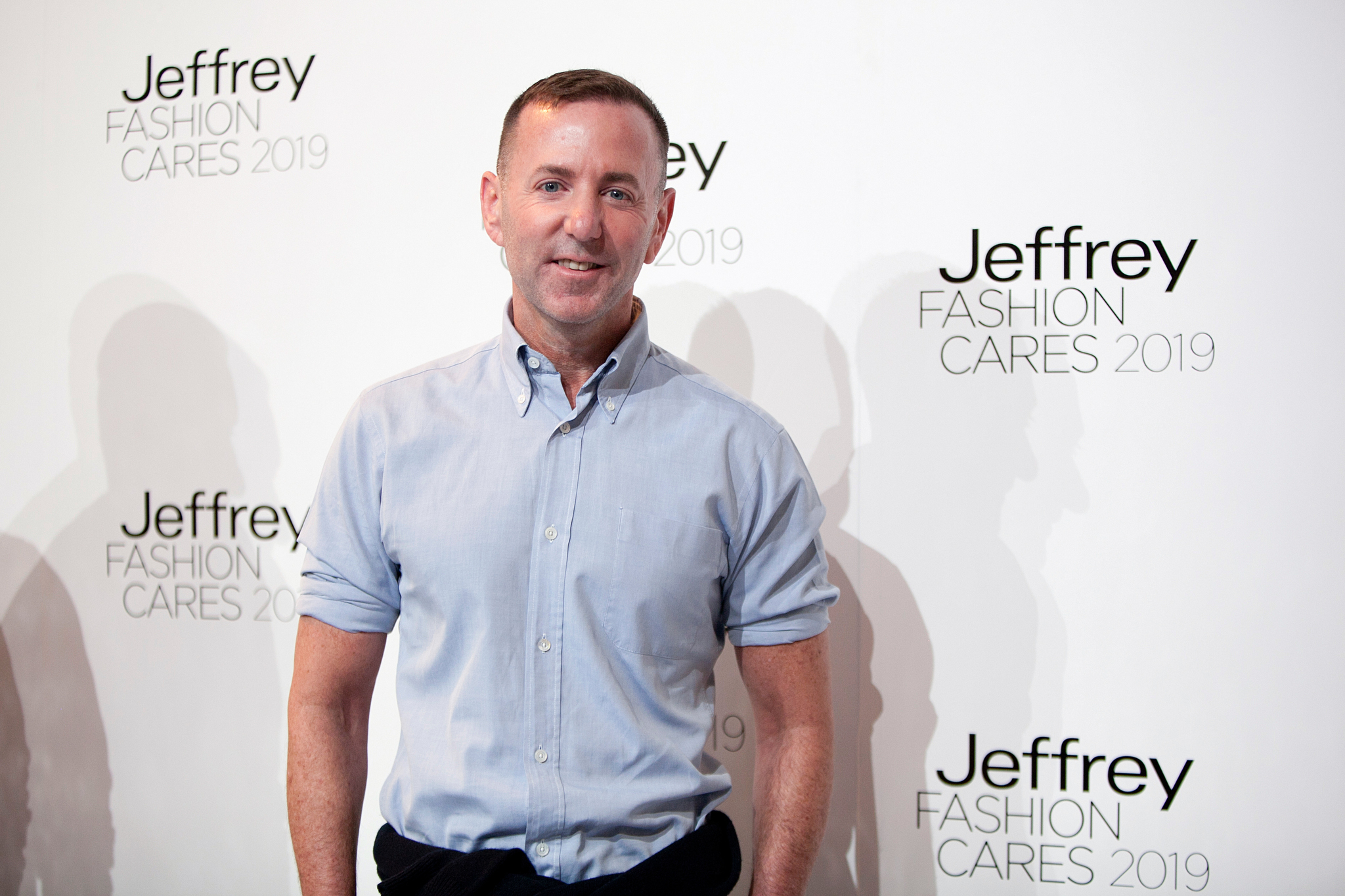 The decision on Jeffrey raises questions of how well the stores performed and the state of the designer business at Nordstrom and elsewhere. Barneys New York was liquidated last February, and the Neiman Marcus Group filed for Chapter 11 bankruptcy reorganization on May 7.

“While the business has been challenging of late due to COVID-19, over the last several years, designer — across all categories — has been our fastest-growing segment of our business,” Pete Nordstrom, president and chief brand officer of the Nordstrom Inc., told WWD. “Jeffrey deserves a lot of credit for that.”

He said the decision to close the Jeffrey stores was based on a “variety of factors including the unique needs of the market, the current state of our business and real estate agreements.”

Asked how many Nordstrom full-line stores sell designer, Pete Nordstrom said, “about a third of our doors across all categories, strategically positioned to cover our major markets, with our online business becoming more and more important.”

In the designer market, “We continue to pursue categories and brands that our customers love, he added. “We have call-outs for increased designer offerings throughout many of our stores. Our customers are particularly interested in both established luxury houses as well as newer and emerging brands.”

The collaboration with Kalinsky, which was unusual in retailing and reflected an awareness by Nordstrom that the store needed a catalyst, someone with the type of skills and relationships with designers it lacked, if the company wanted to be a serious player in designer.

”Jeffrey developed a more comprehensive designer offering across all categories — shoes, handbags, accessories and ready-to-wear for men and women. He helped us secure new distribution,” Pete Nordstrom said. “He leaned in with buying teams to help us improve our edit and selection. His presence in the market alongside our buying teams helped validate our place as a designer destination.…There’s always been a tremendous synergy between Nordstrom, Jeffrey Kalinsky and his successful luxury specialty stores,” he continued. “Jeffrey brought tremendous creativity, innovation and expertise that have been invaluable to us as we’ve worked to establish and expand our designer offering. We’re grateful for his leadership and many contributions to the company.”

For his part, Kalinsky said, “Nordstrom has been an incredible partner to me and to the Jeffrey brand. While I’m disappointed in their decision to close Jeffrey stores, I understand it is the right decision for the business given the circumstances of this global crisis. I’m grateful for the tremendous support Nordstrom has shown me over the years, and the contributions they’ve made in growing the Jeffrey brand. I’ve formed meaningful friendships with so many people at Nordstrom and I wish them nothing but continued success.”

Asked what the future holds for him, Kalinsky replied, “My plan right now is to help Nordstrom wind things down and then start to meet with people.”

Jeffrey was a high profile fashion emporium that made a splash in 1999 when Kalinsky opened the 12,000-square-foot Jeffrey store at 449 West 14th Street in New York’s Meatpacking District. At that time, it was a rather desolate section of the city. Jeffrey’s arrival proved to be a magnet for other designer stores to open in the neighborhood though many eventually left, unable to support rising rents, and were replaced by retail brands with broader appeal and bigger budgets, such as Levi’s and Apple. There were times when Kalinsky wanted to relocate from 14th Street to lower his rent expense, though the situation did raise some red flags about his business. In the end, the store stayed put.

Not long ago in an interview, he told WWD, “I’m not sure the luxury retail sector ever completely healed after 2008. I think everybody declared that it did and said it’s booming, but I don’t know.

“My business is good and we’ve seen growth in certain areas,” he said. “For instance, we have seen growth in the men’s business, and our women’s ready-to-wear is very strong. The only reason I say I don’t know if it’s fully recovered is because I feel that everybody is working a lot harder today. Even if the sales are better, the effort that has to go into it is so great.”

Top designers over the years at the Jeffrey stores have included Gucci, Chanel, Dior, Saint Laurent, Sacai, Balenciaga, Celine and Dries Van Noten, among others.
“Sometimes I wish that retail and design were still based on substance,” Kalinsky said. “Today, there’s way too much smoke and mirrors. I get very stimulated by new — stimulated by the right new because just because something’s new doesn’t mean much.”

Nordstrom acquired a majority stake in the Jeffrey stores in August 2005, an unusual move by the Seattle-based department store to bring on designer expertise. The-then two Jeffrey stores in New York and Atlanta had sales of about $35 million and sources estimated the value of the deal at $40 million to $50 million. Explaining the tie-up, Kalinsky told WWD at the time that, “For me, the excitement is being a part of Nordstrom.”

For his part, Pete Nordstrom told WWD, “The motivation was recognizing what a talent Jeffrey is. If there was any way that we could work together, I wanted to make it happen. Designer has been our top-growing category. This demonstrates our commitment to designer. We want to grow it and work at it. We’re going to carry a broader array of products.”

At Nordstrom, Kalinsky was instrumental in getting certain designers to sell the retailer’s 57th Street flagship in Manhattan. A Jeffrey boutique for inside the 57th Street store had been considered but never materialized. From the time he joined up with Nordstrom, he helped lay the groundwork for designer presentations at select Nordstrom stores, establishing relationships with Dries Van Noten, Balenciaga, Saint Laurent, Gucci, Prada, Celine and  other designers.

Aside from the 14th Street store, Jeffrey is also in the Stanford Shopping Center in Palo Alto, Calif., which opened less than two years ago, and in Phipps Plaza in Atlanta, the original store opened in 1990. At the opening of the Palo Alto store in the Stanford Shopping Center in August 2018, Kalinsky spoke about his experience with Nordstrom, telling WWD that it had  exceeded his expectations: “It’s the greatest thing that’s ever happened to me,” he said then. “I had no idea how it would work out, and I hoped that they were going to be wonderful. They have been more wonderful than I could’ve ever imagined. They really allowed me, personally and professionally, to be me.…I think they are the most extraordinary people ever.”

Kalinsky learned the ropes of retailing at Bob Ellis, the shoe business founded by his father in Charleston, S.C. After working as a shoe buyer at Barneys, he decided he wanted to open his own store in Atlanta. “I wanted to live in a city where I would be comfortable as a young gay man,” he told WWD. “Plus, there were no good women’s stores in Atlanta. My father reluctantly agreed to be my partner.”

”I loved sitting shoulder-to-shoulder with Jeffrey at fashion shows and in market appointments and meetings,” Pete Nordstrom said. “He taught me and our team a ton about how to be great merchants.”