The 900-square-foot flagship at 1011 Madison Avenue and 78th Street signals a turning point for the brand and his own maturation. 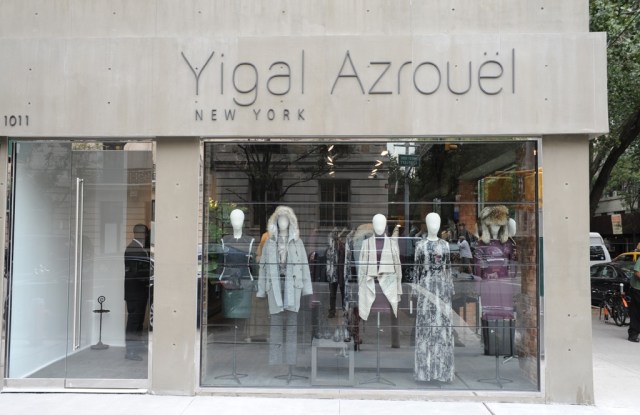 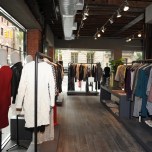 NEW YORK — When Yigal Azrouël opened his first store in Manhattan a decade ago, the designer, then 25, identified with the rawness and novelty of the neighborhood. The store on West 14th Street closed last month and Azrouël on Wednesday unveiled a new 900-square-foot flagship at 1011 Madison Avenue and 78th Street, signaling a turning point for the brand and his own maturation.

“He’s grown up and the collection has also grown up,” said Donata Minelli, chief executive officer of Yigal Azrouël. “The truth is, we always had our biggest clientele here.”

The Meatpacking District has been changing in recent years, welcoming more populist retailers such as Lululemon, which took over Azrouël’s space, and Patagonia, which is scheduled to open there.

Madison Avenue has been moving in a more contemporary direction with Rag & Bone, Zadig & Voltaire and Proenza Schouler coming into the area.

To maintain a presence downtown, Azrouël will open a store in SoHo, where “we are aggressively searching for space,” Minelli said.

Azrouël designed the new store, with a facade of concrete, distressed white oak floors, wood beams on the ceiling, to be easy to replicate, which the company intends to do. According to sources, Azrouël will open a store in Russia — its biggest market after North America — in early 2013.

Cut25, Azrouël’s contemporary brand, priced 50 percent lower than the signature label, unveiled its first store in SoHo in February and Minelli revealed the company is looking for retail space on Lexington Avenue.

“In five years, we’re looking to have 10 stores for Yigal Azrouël and 20 units for Cut25,” Minelli said.

The Madison Avenue unit is 30 percent smaller than the former Meatpacking District store, but Minelli said, “We’re seeing more people here in an hour than we saw in the Meatpacking District all day.” She said she expects the new store will do $2 million in annual sales.

The store will carry exclusives and runway pieces like a parka with fox-fur trim for $1,778 and runway fox hats for $2,200.

Azrouël is wholesaled to 175 stores globally, while Cut25 is sold in 280 and growing. Minelli said the self-funded company “has been able to be profitable,” however, observers expect Azrouël to take on investors as demand builds for his products.