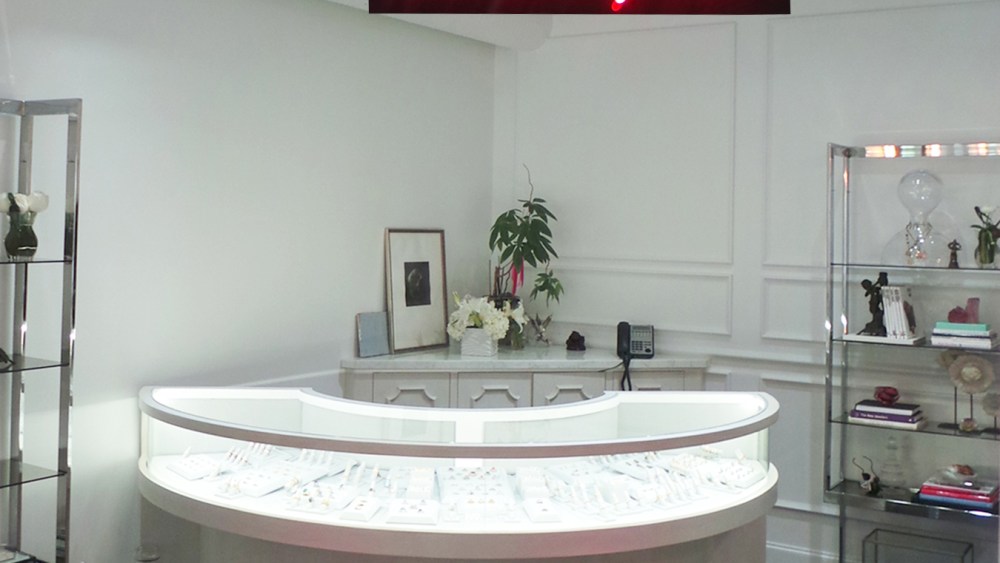 After operating the e-commerce site Ylang 23 for 15 years, Joanne and Charles Teichman decided it was time to put some faces to the names of their New York clients.

On Thursday, Ylang 23 will open a 1,250-square-foot pop-up shop at 52 Lispenard Street in Manhattan’s TriBeCa. The shop will operate through Saturday between the hours of 10 a.m. and 7 p.m.

“It’s our way of meeting our many customers in New York,” Joanne Teichnman said. “Some we’ve worked with for years and talked to often.”

The pop-up will feature 14 of the more than 45 designers Ylang 23 sells online and at its store, which relocated in 2014 to The Plaza at Preston Center in Dallas and last year celebrated its 30th anniversary.

The pop-up will be designed to look like an art gallery with mirrored fixtures and a scaled down version of The Ring Bar, Ylang 23’s concept for selling engagement, wedding and other types of rings.

“We’re going to be showing a sampling of what we have,” Charles Teichman said, noting that orders will be fulfilled in Dallas. “We have 4,000 [stockkeeping units] online. We want to give people a taste of what we do and how we do it. The pop-up is going to have the appearance of the Dallas store.”

Ten Thousand Things, Melissa Joy Manning, Annette Ferdinandsen, Jamie Joseph, Catherine Michiels and Moritz Glik, have been sold at Ylang 23 for years, while Foundrae, Sanjay Kasliwal of the Gem Palace, Selim Mouzannar, IaM by Ileana Makri, Jemma Wynne and WWake have been offered for several months to up to two years.

The Teichmans broke into the business by selling high-priced costume jewelry in Manhattan. “It was not meant to appear real,” Charles said of the collections they found in Europe. “What has remained consistent over years is that our customers have a sense of humor in what they wear and very sophisticated taste,” Joanne said. “They’re not looking for jewelry to match their outfits. They’ll even buy diamonds or gemstones to wear with jeans.”

Unlike traditional jewelry stores, 95 percent of the purchasing at Ylang 23 is done by women. The company also has a high online penetration of 40 percent. “It’s obvious that the online business is growing faster than the in-store business,” Charles said. “It’s a revolution. Mobile has been a game-changer for us. We saw a pickup in business, particularly among men and Millennials.”

Ylang23.com offers the same designers as the physical store.

“We will, in the future, duplicate [the store] experience in other cities where we have a substantial amount of clientele,” Joanne said.

One draw of opening the pop-up in New York is the Teichman’s daughter, Alysa, who is completing her MBA at New York University’s Stern School of Business. Alysa, who will rejoin Ylang 23 in August, organized an event at the pop-up on Thursday, a Q&A session for 30 Stern students with the founders of Jade Trau, Ten Thousand Things, WWake and her parents. “It’s going to be interesting,” Charles said. “Like any MBA, her favorite word right now is, ‘scale.’”