YogaSmoga is challenging more developed brands such as Lululemon Athletica and Athleta. 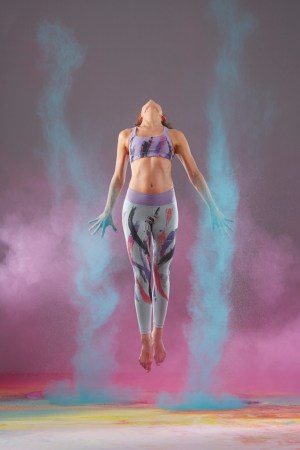 Watch out Lululemon Athletica and Athleta. YogaSmoga is nipping at your heels.

While Lululemon operates about 300 stores and Athleta, with the Gap’s muscle behind it, more than 100 units, YogaSmoga will operate 12 stores by the end of the year and is moving forward with aggressive growth plans.

YogaSmoga was founded by Rishi and Tapasya Bali, a brother and sister, who left careers at Goldman Sachs and Credit Suisse, respectively. The Balis claim to have an instinctual understanding of yoga, having grown up in India at the base of the Himilayas, which is considered the birthplace of yoga.

“This was part of my upbringing and my culture,” said Rishi Bali, ceo of YogaSmoga. “Having a deeper understanding of this culture can help me articulate what it’s all about.”

Bali has successfully articulated YogaSmoga’s story to investors. The company in March closed its Series B financing round, raising $6.5 million in a deal that valued the manufacturer and retailer of yoga-inspired athletic apparel at $74 million.

YogaSmoga, which launched its Web site in 2013, is on track to do $10 million in sales in 2015. Online sales have doubled since last year, Bali said.

The company’s first stores in Greenwich, Conn., and Brentwood, Calif., opened in the fall.

On Thursday, YogaSmoga is set to unveil a flagship on Rodeo Drive in Beverly Hills. “There are much bigger brands with bigger balance sheets and bigger assets,” Bali said. “The valuation allowed us to make some amazing deals.”

“We expect to have 10 to 12 stores going into the holiday season,” Bali said. “We’re planning to open 25 stores next year. If we keep up this kind of growth, we can have 100-plus stores by 2018. We also want to be a global company. YogaSmoga is very applicable in Canada, Australia and Asia, especially, Japan.”

YogaSmoga prides itself on the fact that its products are made in the U.S. and on its proprietary fabric technology and design. Aurum, a technical blend of Supplex and Lycra that it created differs “from a form of Nylon our competitors use that is inferior and falls apart quickly,” Bali said. “Supplex fibers are technically superior. They combine the soft feel and the breathability of cotton with the performance benefits of advanced fiber technology.”

The company uses nanotechnology to embed moisture-wicking and antimicrobial treatments into the tiniest pores of the fabric, rather than applying it topically on the fibers. YogaSmoga uses eco-friendly dying techniques and tests dyes to ensure colors won’t fade or bleed. Designs feature mesh panels on tops to elongate the silhouette and colorblocking on leggings.

The YogaSmoga La Jolla store will be larger than most at 4,000 square feet. The location will feature YogaSmoga Next Door, “a community space we’re building next door to our retail,” Bali said. “You can have a free yoga class, surf the Internet and we’ll partner with local juicers, coffee makers.”

Next Door won’t always be literally next door. For example, in La Jolla, it will be on the second floor. At the 2,000-square-foot Malibu Country Mart unit, Next Door will take the form of an outdoor deck.

“We’re committing space and capital to build these spaces out,” Bali said. “We’re just not an apparel company. We’re about wellness and lifestyle.”

YogaSmoga’s men’s business is also growing. “We’re seeing tremendous strength in men’s,” Bali said. “We’re equally a men’s company as well as a women’s company. Men are asking for more product. We think part of our strategy could be freestanding men’s stores. As the men’s business grows, we could offer a separate men’s experience.”

While the company’s name implies yoga, Bali said, “We’re primarily an apparel company. Our customer can run in it, do Pilates and yoga in it, and go for a drink it in. Swim, rain gear, beach and climbing a mountain, we want to create solutions for all those activities.”