Selfridges’ flagship just got a fresh jolt of energy thanks to a dedicated space for denim brands and young and contemporary labels, like Christopher Kane. 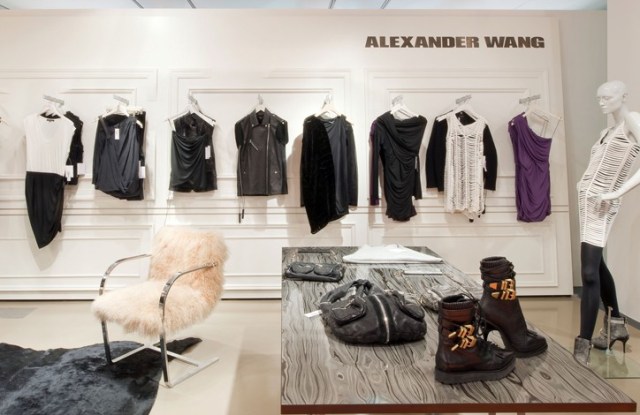 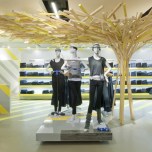 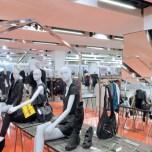 LONDON — The third floor at Selfridges’ Oxford Street flagship just got a fresh jolt of energy thanks to a dedicated space for denim brands and young and contemporary labels including Christopher Kane, Alexander Wang and Markus Lupfer.

The denim wall is as long as two back-to-back London buses and offers body imaging, a specialist fitting service, and labels such as Superfine, Hudson, R13, and Paige Denim.

“The floor needed a new lease of life, and we’ve split the space evenly between cool contemporary and denim brands,” said Anita Barr, Selfridges’ women’s and children’s wear buying director who spearheaded the project. “We see the target audience as ageless — from teenagers through to 60-year-olds,” she added.

Barr, who declined to give sales projections for 3rd Central, said the store had some high-energy events planned to promote the new space.

Earlier this month, Jeremy Scott was in the store to launch his Adidas Originals by Originals collection at an event where the Misshapes DJ’d. On Thursday, Georgia May Jagger — the face of Hudson jeans — will launch the label’s autumn collection.

This weekend, the store will host a Denim Rocks event, featuring personal appearances by denim designers, live music, and styling sessions. Alexander Wang will make an appearance at his new concept store in 3rd Central on Oct. 13.

The brands that had previously been on that floor — including Jaeger, Max Mara and Caroline Charles — have been moved to the second floor, which now stocks classic bridge lines.

In other changes at Selfridges, chief executive officer Paul Kelly has expanded his role. He will now also oversee operations at Brown Thomas Group, the Irish luxury retail chain that, like Selfridges and Holt Renfrew in Canada, is also part of Galen Weston’s retail empire.

Kelly ran Brown Thomas between 1992 and 2003, and had until now been serving as deputy chairman of the chain. A Selfridges spokeswoman said Kelly was not replacing anyone specifically at Brown Thomas, and would report directly to Weston, with whom he’s been working since 1984.

Kelly has named Stephen Sealey, formerly director of women’s wear and accessories at Brown Thomas, to the post of managing director. Sealey succeeds Nigel Blow, who left the group in a recent management shake up.