Yves Salomon Among the Newcomers Headed to Madison Avenue

Yves Salomon is one of several stores moving into Madison avenue at a time when residential developments are on the rise. 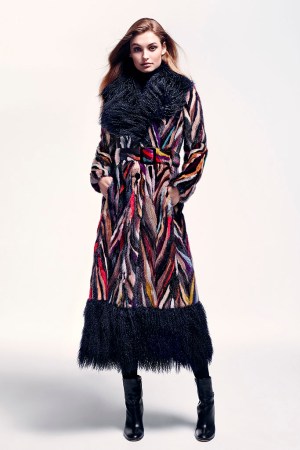 NEW YORK — French fur designer Yves Salomon will be one of the numerous labels moving into Madison Avenue before the end of the year. In October, the company will open a 600-square-foot store boutique at 790 Madison Avenue.

Located at 67th Street, Salomon’s new address will not be far from Michael Kors, J.Mendel and Oscar de la Renta.

While Givenchy and Elie Saab have received media coverage for their planned Madison Avenue stores, as well as The Row‘s East 71st Street opening, and Jimmy Choo’s and Bottega Veneta’s expansion plans, seven other brands will be moving into the neighborhood before the end of the year. Diesel has secured 625 Madison Avenue, and Brioni and Qela will move into the commercial space at 680 Madison Avenue, according to the Madison Avenue BID’s president Matthew Bauer. Jewelry brands Nirav Modi and Djula, men’s wear label Isaia and footwear brand Gianvito Rossi will also be unveiling boutiques before the end of the year, he said.

“This street is one that has a very loyal and local following. When you purchase a space here, you’re building a store within an international client base that is very strong and that lives within walking distance,” Bauer said.

The neighborhood’s sidewalks will unquestionably become more crowded, when the Metropolitan Museum of Art opens on March 10 in the Marcel Breuer-designed former home of the Whitney Museum of American Art on Madison Avenue and 75th Street. Last month’s opening of an Apple Store at 940 Madison Avenue has furthered the neighborhood as a destination. To celebrate, the company has displayed on the store’s walls an assortment of iPhone 6-shot black-and-white photos of the local street scene.

Residential developments such as Beyer Blinder Belle’s work (with interiors from Champalimaud Design) at 33 East 74th Street is another contributor to Madison Avenue foot traffic. Beyer Blinder Belle also overhauled Extell’s Carlton House at 21 East 61st Street with interiors from Katherine Newman Design. (The space was formerly the Helmsley Carlton House Hotel.) And Shelton, Mindel & Associates is at work on The Marquand, four to six bedroom residences at 11 East 68th Street. Bauer noted that all three locations are tied to mixed-use properties with commercial and retail use on Madison Avenue and side-street entrances for residents.

As for Yves Salomon, the New York addition is in step with the company’s global expansion plan, which includes a new concept shop in Harrods that bows this month, as well as a boutique in Casablanca that is set to open in September. The company also has four stores in France, two in Russia and one in Aspen. Yves Salomon plans to make the Upper East Side address its North American flagship. The Yves Salomon Collection will be showcased as well as its Meteo diffusion label, Men, and the yet-to-be-launched kids’ collection. The children’s wear will debut in the company’s others stores and at Barneys New York and Bergdorf Goodman.

The House of Yves Salomon is a family-run, Paris-based fur company dating back to 1920. Yves Salomon is the third generation to head up the brand and he does so with the help of his son, Thomas Salomon. President Yves Salomon said, “We have always had a presence in New York but feel the timing is right to open our own boutique. The location will allow us to give our customers a full brand experience, while expanding our reach to the global consumer that lives and visit New York.”