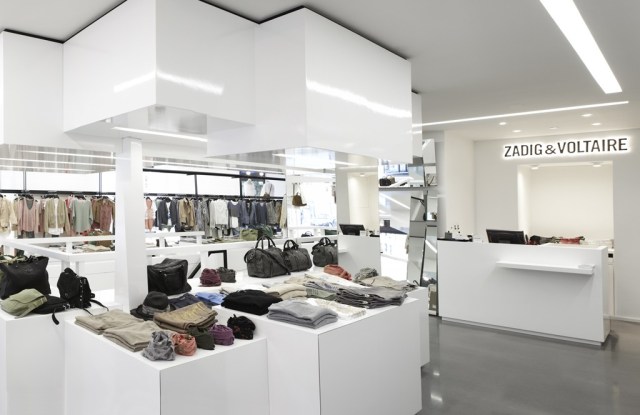 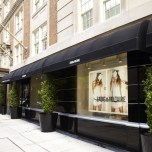 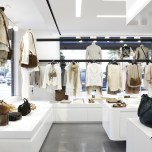 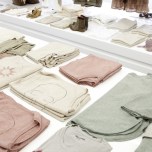 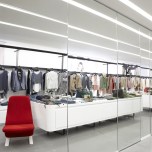 NEW YORK — Zadig & Voltaire has landed on Madison Avenue with a non-conformist thump.

The neighborhood seems to be lapping it up. After just two weeks in business, founder Thierry Giller pronounced the new 1,300-square-foot flagship at 992 Madison Avenue, “too small. The line is big. I need more space. I’m looking already for another shop on Madison Avenue.”

The brand for men, women and children has a rock ’n’ roll vibe and produces two collections a year with about 300 pieces in each. Giller expects the store to do between $5 million and $10 million in the first year.

“The way I see it, those [Upper East Side] customers need to have this kind of product,” Giller said. “Today on Madison Avenue, we’re doing chic sportswear. I’m trying to build a story about a more casual way to dress every day for the Madison Avenue customer.”

Charlotte Bonstrom Assaf, U.S. brand ambassador and sister of Zadig & Voltaire creative director Cecelia Bonstrom, said, “Our customers are conservative uptown ladies. They’re going to buy the T-shirt with the cut out in the back. I think they’re ready for it. We have the same customers who shop at Dior.”

Zadig & Voltaire designs are meant to look worn in “like a favorite piece you love so much you can’t get rid of it,” said Assaf. A beige cashmere sweater for $495 looks comfortably worn with shredded edges, a pre-washed cotton bomber jacket with double zippers is $390, and a pale green distressed leather jacket, $765.

“If you choose an elegant item you can dress it up or down,” said Assaf. “It’s a luxury product that we want to make available to everyone.”

Giller said that uptown girls “still don’t want to go downtown,” but the symbolic line at 14th Street separating the city hardly exists anymore in terms of retail. “I opened Zadig & Voltaire on Mercer Street two years ago and now Yves Saint Laurent and Balenciaga are coming,” he said, not to mention luxury brands such as Chanel, Salvatore Ferragamo and Prada that have outposts in SoHo. Meanwhile, younger edgier brands such as Rag & Bone, Proenza Schouler and Rebecca Taylor have invaded Madison Avenue. “In Singapore, I’m next to Prada and Louis Vuitton and in Hong Kong, I’m next to Miu Miu,” Giller said. “I’m bringing foot traffic to the luxe. I’m more for real people.”

With an $800 million infusion from TA Associates, a global growth private equity firm that last month signed an agreement to acquire a 30 percent stake in Zadig & Voltaire, Giller plans to open stores in Los Angeles, Miami, Boston, Chicago and Aspen. The company operates 200 stores worldwide, with the majority in Europe.

Zadig & Voltaire, which produced a capsule jewelry collection designed by Gaia Repossi, is working on a new line with “a top jewelry designer,” Assaf said. It’s also developing a deluxe division of higher priced items such as fur jackets and tailored, dressy and elegant pieces. Making the case that Zadig & Voltaire is for “people of every age, taste and lifestyle,” Assaf picked up a T-shirt with the legend, “It’s only rock ‘n roll if you want it to be.”