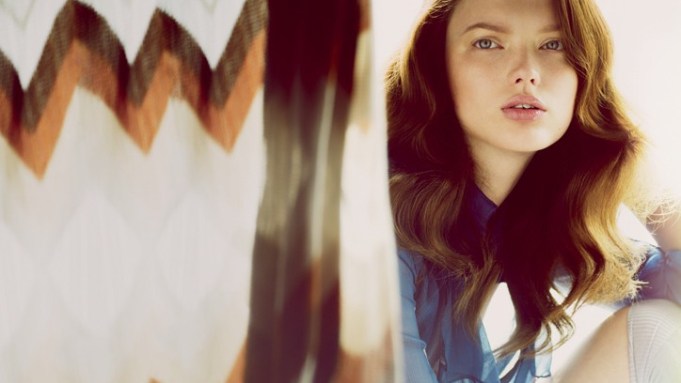 For companies hoping to develop a deeper connection with consumers, transparency has become a central business tenet.

“KNOW YOUR TRUTH AND SPEAK IT,” SAYS MADONNA BADGER. “IT’S ABOUT NOT HIDING BEHIND MARKETING SPEAK AND GOBBLEDYGOOK. NOW IT’S ABOUT THE IDEA OF EMPATHY AND BEING COMPASSIONATE.”

When the online retailer Zappos laid off 8 percent of its workforce last November, company executives didn’t try to bury the news with vaguely worded press releases. Instead, chief executive officer Tony Hsieh sent a detailed 800-word e-mail to employees outlining exactly what was happening and the reasons why. Immediately after, he posted the e-mail on his blog, then twittered out a link to it so that everyone— company insiders and outsiders alike—had access to the same information at the same time. “There used to be a time when you could control what your outward communications were,” says Aaron Magness, who oversees business development at Zappos. “That time is gone.” The message is simple. “Know your truth and speak it,” says Madonna Badger, founder of the branding, design and creative services consultancy Badger & Partners. “It’s about not hiding behind marketing speak and gobbledygook.

Now, it’s about the idea of empathy and being compassionate with the consumer.”  Zappos and other companies like it are at the forefront of businesses, which have adopted transparency as a central tenet of their corporate culture, in terms of their dealings with employees, suppliers, investors and customers. “Transparency breeds trust,” says Magness. “If employees are happy, they’ll be more trusted at work, which means they’ll provide better customer service, which means customers will want to shop more with us, which means our investors will be happier. Transparency is the core of what we do.” To that end, Zappos has a monthly newsletter in which employees can ask and receive answers to anything, from how much the company spends on electricity to what the site’s bestselling product is; it also opens up its corporate intranet to manufacturers to give them access to how their products are selling, what their margin is and their sell-through.

“BRAND EQUITY IS TIED INCREASINGLY TO AUTHENTICITY,” SAYS JAY COEN GILBERT, “AND AUTHENTICITY IS BASED ON TRUST.”

“They see as much information as our buyers do,” says Magness. “We see it as allowing our 1,100 brands to provide 1,100 more pairs of eyes to help us grow our business.” While corporate accountability has been ramped up since the accounting scandals involving companies like Enron, WorldCom and Tyco, and the resulting passage of the Sarbanes-Oxley Act in 2002, today’s climate places even more of a premium on pellucidity. Be it the preponderance of sheer clothing in the Fall-Winter 2009 fashion collections, transparent new textures in color cosmetics from companies like Intercos or General Motors’ Re:Invention ad campaign that debuted shortly after the company declared bankruptcy and has been designed to shed light on every aspect of its restructuring, the focus is on clarity. “What happened as a result of the last 12 months of financial and economic meltdown is an increasing amount of public attention on transparency and the desire among consumers and investors to say, ‘We want companies to serve a higher purpose than just the accumulation of wealth,’” says Jay Coen Gilbert, co-founder of B Lab, a nonprofit that has created what it calls B Corporation certification.

To achieve certification, a company must meet certain performance standards regarding its impact on employees, the environment, its community, consumers and suppliers, then agree to legally expand the responsibilities of the corporation to extend to stakeholders as well as shareholders. “Brand equity is tied increasingly to authenticity,” continues Gilbert, “and authenticity is based on trust.” Losing the trust of consumers has never been easier. For proof, look no further than the airline industry. “Customers are now dictating the company’s brand to a company, not vice versa,” says Zappos’ Magness. “Airlines didn’t set out to say we want our brand to be about poor customer service, but that’s what it has become because so many people are so vocal about their travel frustrations.” That’s not to say that companies have to be perfect—just honest about their efforts to achieve best practices in any given area. “Transparency is honestly and truly pushing the envelope on what you can do really well,” says Jody Weiss, founder of PeaceKeeper Cause-Metics, “and inviting dialogue and ideas on those areas where you can do better.” It’s an issue that’s particularly relevant—and challenging—to beauty companies because of the diversity of ingredients used and the personal nature of the products themselves. “Companies that advocate for the health of women are being called to the carpet,” says Weiss. “It’s becoming more and more essential to talk about the ingredients that you’re using, the sustainability of those ingredients and how they’re impacting women. “It’s particularly challenging because of the limitations of the cosmetics manufacturing process,” she continues, “so we’re having to go out of the normal channels directly to farmers and farming communities.

A brand has to really think outside of the box.” Badger cites Burt’s Bees as a corporation that clearly communicates its achievements—or lack thereof—with its consumers, noting that the company is very open about what percentage of its products are organic, what percentage it hopes to achieve in a particular time frame and how it’s doing on achieving that goal. She also cites vertically integrated retailers such as J. Crew’s Madewell 1937 division and American Apparel as successfully conveying their core values to anyone interested in knowing. “Love it or hate it, American Apparel and the whole idea of vertical integration is key—this is the factory, here is where the fabric came from, this is who works for us and how we built the store,” Badger says. “Because of the Internet, consumers can authenticate everything.

If you’re lying to people they can easily find out. And then you’re really in bad trouble.” It’s not just consumers who are demanding transparency. “It’s increasingly investors and policy makers, too,” says Gilbert. “The same standards are being used by investors to find companies they want to invest in and policy makers to create sustainable procurement programs or supply chain initiatives.” Though prompted in part by the global financial crisis and resulting recession, the effects of transparency are expected to be permanent long after the recovery. “Even the most laggard skeptics recognize that capitalism isn’t done evolving,” says Gilbert, “and that higher standards of accountability and transparency are crucial elements of the next evolution of a free and fair marketplace.”