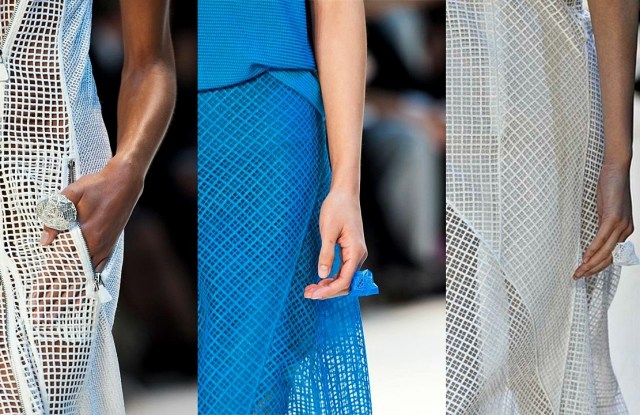 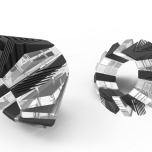 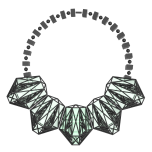 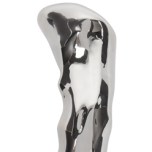 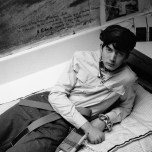 Vojd Studios, which specializes in luxury 3-D printing, could find itself doing another round of financing before the year is out.

The Berlin-based firm has made a name for itself by specializing in fusing high tech with high fashion, and it is starting to gain traction among the big-name fashion houses, such as LVMH and Kering.

Christian Hartung, chief executive officer, and Hristiyana Vucheva, creative director, cofounded the firm in 2012. His background is in technology management and hers is in fashion. The company appears to be the only one in the 3-D printing sector that services the luxury market.

According to Hartung, the two bootstrapped the start-up, and later completed a small minority investment. In October, the company completed a $1 million seed round led by Lakestar, which counts Spotify, Airbnb, Harry’s and Tictail as its investments. Other investors include participation from AM Ventures, Stefan Glänzer and Linden Capital. The aggregate raise so far is more than $1 million.

“We’ve already received requests and interest from [additional] parties in the angel and [venture capital] market,” said the ceo. But he wants to make sure future investors have a “good understanding of the luxury fashion industry” before committing to another round of funding.

Hartung said October’s seed round will help fund research and development, an area that it will have to do more of if it wants to keep its cutting edge know-how in the luxury market. And that in turn could warrant another round of financing sooner than later.

For 3-D printing, Vojd’s R&D focus is on three key areas: content, or product; materials, such as how and what components to tweak or fuse and then optimize for the specific product, and end result, or what one does to the product to finish it off.

Other firms, such as Bow & Drape’s work with 3-D printing firm Shapeways in the U.S., have used the printing technology more for personalization of products for the consumer. And Ministry of Supply last year rolled out a service at its Boston flagship where customers can order seamless blazers customized to their specifications from color to cuff style and buttons.

But customization isn’t on Vojd’s radar, and the founders have bigger stakes in mind — even if it means waiting a few years to get the right balance between technological advances and production costs.

Hartung said the duo chose to take a page out of SpaceX founder Elon Musk’s playbook for Tesla. According to the ceo: “We focused on applying high tech to high fashion because of the relatively high price points per unit. Our philosophy is comparable to Tesla’s business model of launching a car [that] was catered to the more premium market to finance a product catered to a more mass market.” Hartung said they chose that line of thinking because they see production costs decreasing at a rate of 10 to 20 percent each year, a trend that he said “over time would open up markets that in the past would not have been a fit, price-wise.”

Vojd already has made a name for itself in the true luxury fashion space. Most recently it worked with Spanish luxury house Loewe, owned by LVMH, to create a gold-tone chain bracelet — an oversize interlocking 3-D printed chain that requires no assembly — that featured a calf-leather closure for the brand’s fall men’s wear campaign.

According to Hartung, the material was a fusion of plastic and ceramic using a “powder-based manufacturing process.”

Before working with Loewe, the company worked with British fashion house Alexander McQueen, owned by Kering, on a limited-edition ergonomic umbrella that featured a 3-D printed handle created from an actual handprint from a 3-D scan.

It also has worked with Swiss fashion house Akris on an architectural ring at the Akris spring 2016 Défilé, inspired by the polyhedron geometric structure known as the Naoshima Pavilion, perched on Japan’s Kagawa’s shoreline, by Japanese architect Sou Fujimoto. According to Hartung, the shape mirrored the Pavilion, using a printing technology called selective laser sintering. That required some thinking on the “material used, wall thickness to make it stable enough and a design for the shape of the inside so the ring fits one’s finger,” the ceo said of the design and manufacturing process.

Other fashion houses the firm has worked with include Carolina Herrera, House of Flora, A.F. Vandevorst and Prabal Gurung. It also has worked with edgy, contemporary brands such as Skingraft.

For the Prabal Gurung partnership, which represented his first jewelry collection during the spring 2016 season, 12 architectural pieces were created in sterling silver using Swarovski pearls. The line featured Nepalese motifs, and the crafting process included 3-D printing in wax, casting in silver, and then hand finished. Prices at the time ranged from 250 euros for earrings to as high as 952 euros for a swan necklace, according to Vojd Studios.

The company is in talks with “top-tier Parisian [fashion] houses” for other projects, Hartung said, declining to name the brands due to confidentiality requirements.

The limited-edition umbrella, from the Alexander McQueen collaboration.  Courtesy Photo