Liam's arrival comes as the retail and fashion industry is poised to make $3.6 billion in AI investments this year.

As the use of artificial intelligence soars (the global fashion and retail industries are pegged to dole out $3.6 billion on the technology this year, according to Juniper Research), 1sec Inc. said it has created Japan’s first male “virtual influencer,” Liam Nikuro.

1sec Inc. describes itself as “a venture company planning and developing virtual humans.” Liam is powered by computer processing and “3-D CG technology” that projects “virtual three-dimensional objects onto flat surfaces, creating images with a sense of depth,” the company said, adding that use of this technology “is becoming increasingly common in media such as live-action and animated films as well as video games.” 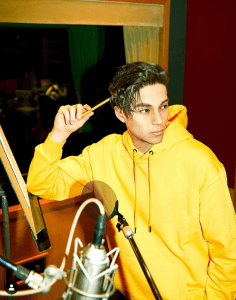 Liam joins a small, but growing roster of virtual influencers such as Lil Miquela, a self-proclaimed Instagram model and musician based in Los Angeles that was launched as a digital project in 2016 and now has 1.5 million followers and has recently “appeared” at Coachella.

Liam is created by superimposing an “all-CG head made with the use of 3-D tools on a body filmed in live action,” the company said, adding that he will be working “in the fields of music, fashion and entertainment, where he will be involved in the production of a wide range of content as a multimedia producer. He will also be at the center of efforts aimed at producing innovative creative content in combination with AI (artificial intelligence) technology.” 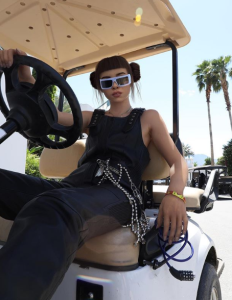 Genie, who is the producer of the Liam Nikuro project, said Liam may be virtual, “but we are aiming to create content that is just as fascinating and cool as what his real counterparts have to offer, and to entertain people all over the planet.”

Since the official launch last week, Liam has nearly 5,000 followers. He lists his place of birth as Los Angeles, “to a Japanese mother and American father” and in a Q&A, cited Off-White and Heron Preston as favorite fashion brands. “But Burberry after Ricardo Tisci is also cool…,” Liam said.

Virtual influencers such as Liam and Lil Miquela are designed to engage consumers in new ways while online chatbots take on more transactional roles when interfacing with shoppers. AI is also key to the functionality of retailing. From how supply chains are managed to deploying “smart checkouts,” investments in AI are increasing. According to the recent Juniper Research report, the use of AI and related technologies is transforming retail. The firm expects retailers and brands to make investments in AI of nearly $12 billion by 2023.