A security guard measures the body temperature of a visitor after he showed the green code to enter into 798 Art Zone in Beijing.

Anyone with a smartphone has access to the health-code system. Alipay, Alibaba’s financial service application, tracks a consumer’s movements daily and if they haven’t been to any high-risk areas in the past 14 days, they are given a green code, or instead receive a yellow or red code, which can turn green again if they stay home for seven days and 14 days, respectively,  without showing any symptoms of COVID-19.

The function was developed in early February to help Hangzhou, where Alibaba is headquartered, to control the virus’ spread so that communities could more quickly return to normal. The company and provincial governments across China were able to send out the app nationwide within a few weeks.

Now, with luxury and fashion sales bouncing back in China, many shops are asking to see the code before they allow shoppers in. Louis Vuitton saw a 50 percent jump in sales in the past three weeks compared to the same period last year, according to sources, and Hermès hauled in $2.7 million on the reopening day of its China’s second-largest Guangzhou flagship last week and Prada’s chief executive officer Patrizio Bertelli told the brand’s 2,000 workers at its factories in Terranuova and Arezzo that the company will gradually resume production to meet the rising demand in China in an internal memo seen by WWD.

On top of that, brands are implementing a series of measures to safeguard their employees and customers for fear of a second wave of a coronavirus outbreak. For example, the Chaoyang district in Beijing, the business hub of the capital where SKP is located, was elevated to a high-risk area on Monday after it was reported that a person at a family gathering was found to be infected as a result of an imported case, while areas in Harbin, Jiaozhou and Guangzhou are listed as midrisk areas since they have also seen a rise in imported cases in recent weeks.

As for stores, business hours are shortened, mask-wearing is mandatory and hand sanitizer is complementary, and sometimes compulsory. Temperature checks are widely seen at the entrances of shops, gyms and restaurants, and the number of people allowed in a store at the same time is also limited.

In Beijing, strict measures are still in place. Many shops and facilities require a valid green code to prove that a consumer is most likely to be healthy. 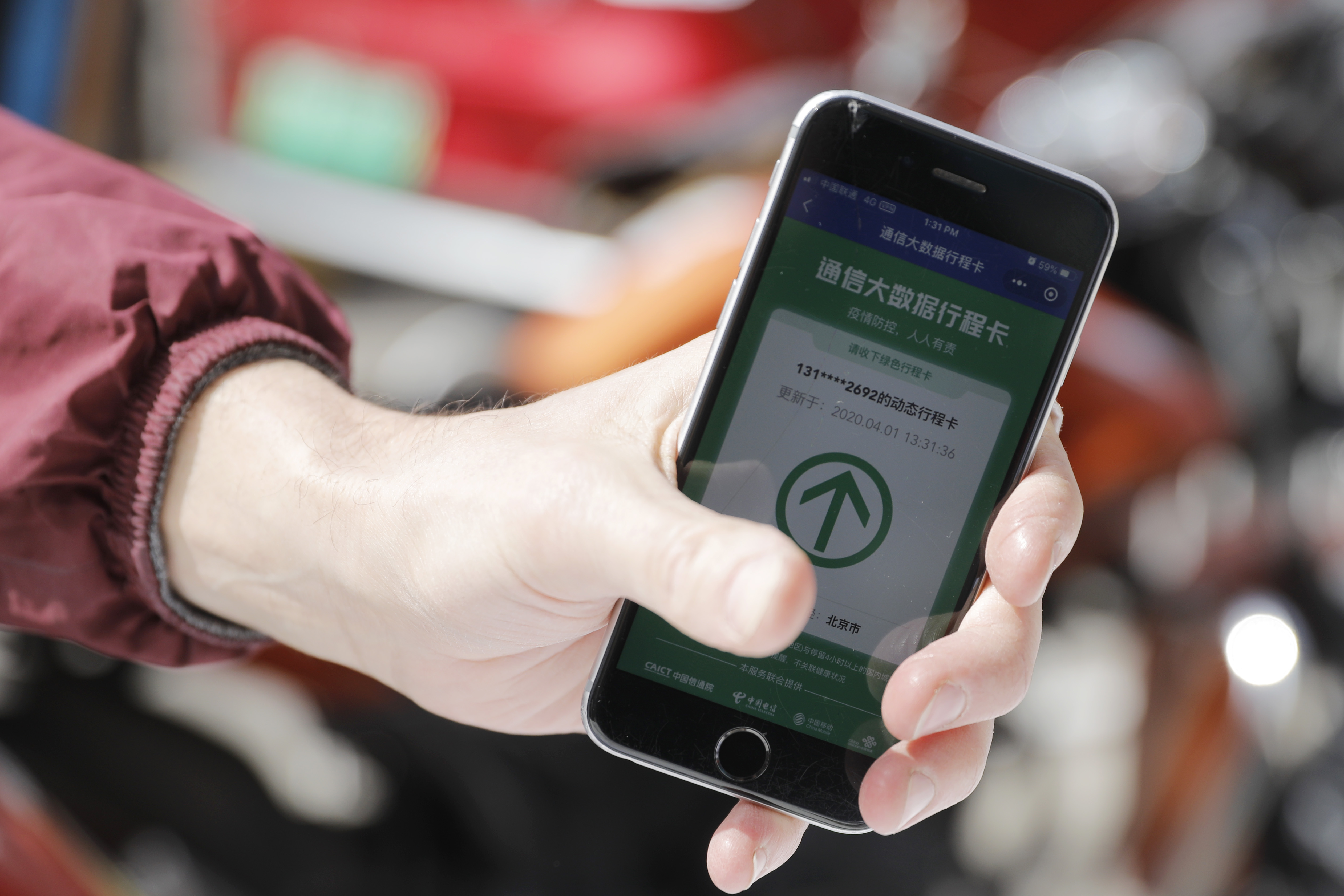 A visitor shows the green code on his mobile phone to a security guard in Beijing.  WU HONG/EPA-EFE/Shutterstock

People traveling from Wuhan, the epicenter of the outbreak where the lockdown was lifted two weeks ago, to Beijing will be quarantined and must test negative for COVID-19 before receiving a green code. Anyone traveling to and from Beijing outside the city and its neighboring Hebei province and Tianjin will also be subject to a mandatory 14-day quarantine unless a virus-negative test result within seven days is provided.

Provincial capitals such as Guangzhou, Hangzhou and Chengdu have similar rules to stop the virus from spreading, while keeping the economy running. Workers with a valid green code have been able to return to their stations in factories across the country. Mass-gathering events are discouraged and workplaces need to have good ventilation, according to guidance released by the Chinese central government.

The situation in Shanghai is less severe. Denni Hu, a reporter in the city, said places such as bookstores and nightclubs with enclosed spaces require customers to make a reservation by scanning a QR code to fill in personal information and provide a green code, but other places have returned to normal.

“Some 90 percent of the people wear masks on the street and I wear it during my yoga class. If you don’t wear it, the police will come to you and ask you to wear one,” Hu said. “I went to the shopping mall Huanmao Iapm last week, the traffic has fully recovered, and you need to queue for popular shops and restaurants. The nightclub La Baron also reopened last Saturday. I stayed till late, pretty busy there.”