The Echo Frames debuted to the general public in December as a pair of rectangular eyeglasses, but with a twist — thanks to tiny speakers, a microphone and paired smartphone, the user has always available, open-ear audio for phone calls, music or Alexa.

Now as sunglasses, the Echo Frames seems more practical for people running out and about, so much so that one has to wonder why they weren’t an option at launch. After all, nothing intrudes on a walk or an outing like fiddling with knotted headphone cables or the hunt to find Bluetooth earbuds.

But that wasn’t Amazon’s initial priority with the Echo Frames. First, it focused on making the frames prescription-ready, according to its blog. “The majority of adults in the U.S. wear corrective lenses, and if you already wear glasses, we believe they should work harder for you,” Amazon wrote. And so the company locked in a LensCrafters partnership for prescription lenses.

Now it’s apparently ready to expand the styles. The polarized sunglasses, which come in “classic” or “blue mirror” lenses, are lightweight and IPX4-rated to resist water and sweat. Amazon now offers a blue-light filtering lens as well. The new styles come in black frames with flexible hinges and optician adjustable temple tips for comfort and long wear, the company said. 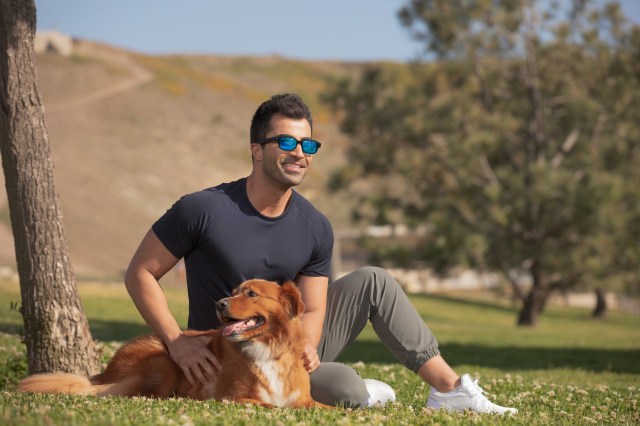 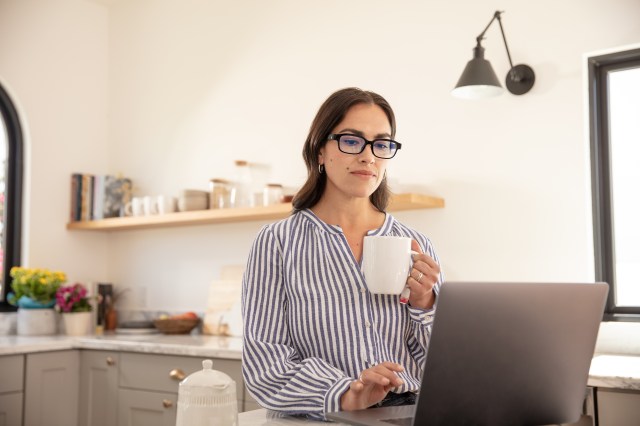 Hopefully, Amazon will also see fit to upgrade the eyeglass frames themselves, which have been criticized for their rather plastick-y look and feel. That may be easier to overlook, if protection against computer-driven eye fatigue is the point. But in sunglass form, the fashion sin tends to be less forgivable. That could be tough to swallow, considering the new styles sell for $270.

In terms of functionality, reviewers have been pleasantly surprised by the convenience of always-on personal audio that doesn’t block outside sounds. The unit even has Auto Volume Control, which automatically adjusts the volume based on the noise level of the environment. Battery life, however, seems ripe for improvement. It’s described as 14 hours, but in reality, it seems to last for only a few hours in steady usage.

Also, there’s a learning curve for anyone who’s not used to Alexa or expects Siri or Google Assistant-level features. For example, telling Alexa to call someone doesn’t conjure an iPhone or Android’s built-in phone app, but triggers the Alexa network instead to ring Echo devices.

That may not necessarily be a dealbreaker, considering all the places Amazon has put Alexa. The technology has found its way into ear buds and headphones, cars and, of course, household devices like smart speakers, smart displays and TV gizmos. It even briefly appeared on fingers as a smart ring, though Amazon stopped selling its Echo Loop last year.

Where Alexa will pop up next, only Amazon knows. But the company is clearly interested in turning the voice assistant into a constant companion, both inside and outside the home.