Imagine if the iPhone were a credit card. Well, imagine no more: Meet the new Apple Card.

Apple wants to save people from debt — and in the most stylish, convenient way possible.

On Tuesday, the tech company known for premium devices and modern aesthetics launched enrollment for its new Apple Card. The product, which lives as both a digital Apple Pay companion and a sleek titanium physical card, is what the company calls “a new kind of credit card.”

Granted, it’s not entirely new. At its core, it’s a MasterCard, though backed by unlikely credit-issuer Goldman Sachs, in its very first credit card offering.

At Apple’s last earnings call, chief executive officer Tim Cook promised that the card would roll out in August, and indeed, an initial sweep of invitations have begun to go out for an unspecified number of customers who signed up for the notification wait list. Invitations will open up to all other U.S. iPhone users over the course of the month.

The application process happens directly on the iPhone and requires iOS 12.4. The questions seem rather basic, and approvals — or rejections — are swift at less than a minute, according to the company. Naturally, simplifying the experience is one of Apple Card’s main goals. The other is to make credit usage more transparent and even helpful.

Once approved, the card appears in the Apple Wallet right away and customers can use it to shop immediately using Apple Pay. The optional titanium card is free and follows via postal mail. Upon receipt, the user taps the iPhone on it to activate it. 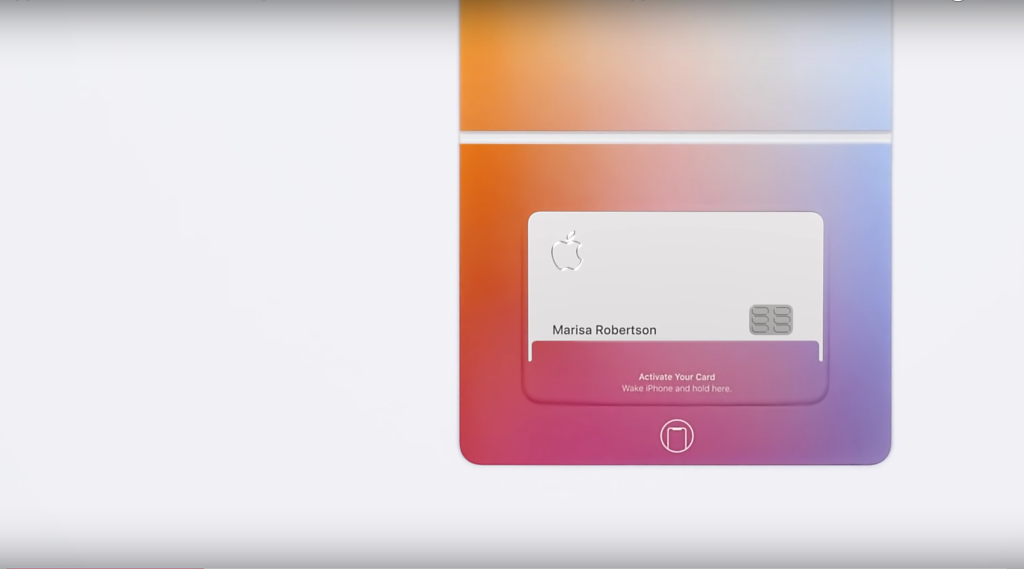 The purpose of the physical card should be obvious: Although Apple Pay is available in millions of locations across 24 countries globally, there are still stores that don’t support it or tap-to-pay transactions. Then there’s the pesky matter of forgetting to take the phone or running out of Apple Watch power on the go. Think of it as having a back-up method on hand.

Once people start shopping, the magic happens in the mobile app. It acts like a brain, demystifying the often baffling line items that tend to clutter credit card statements. Apple uses machine learning to figure out who merchants are, sort purchases into categories and locations and track spending behavior. 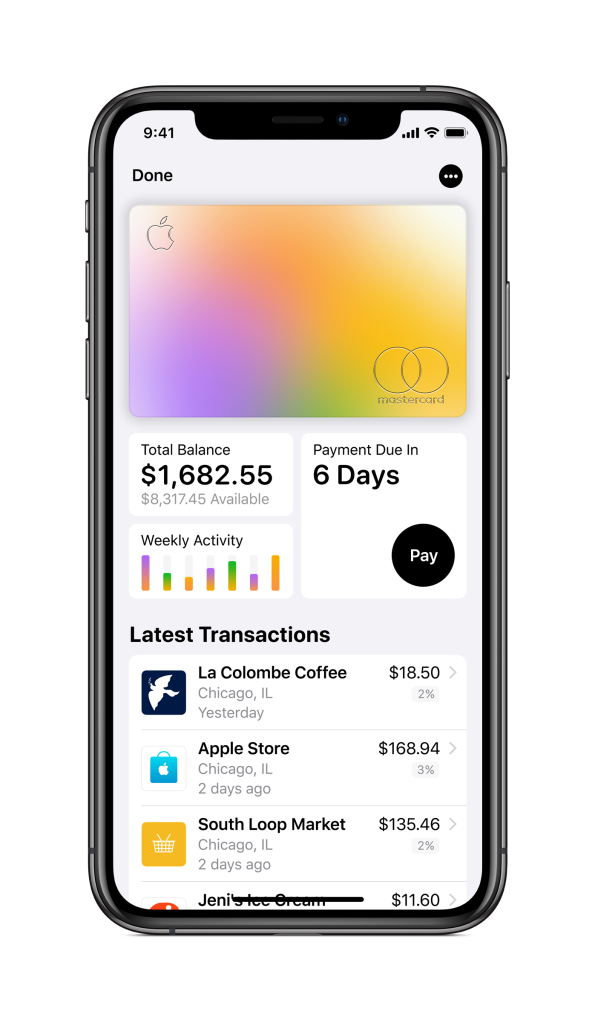 For a card that touts uniqueness and its own defiance of industry norms, the interest rate, from 12.99 to 24.24 percent, seems rather unspectacular.

The app offers a way to help people manage that financial bleed: Users can tweak their payments using a slider and immediately see how much interest will be charged. With this tool, they can see the impact of paying the minimum amount versus more in real time. 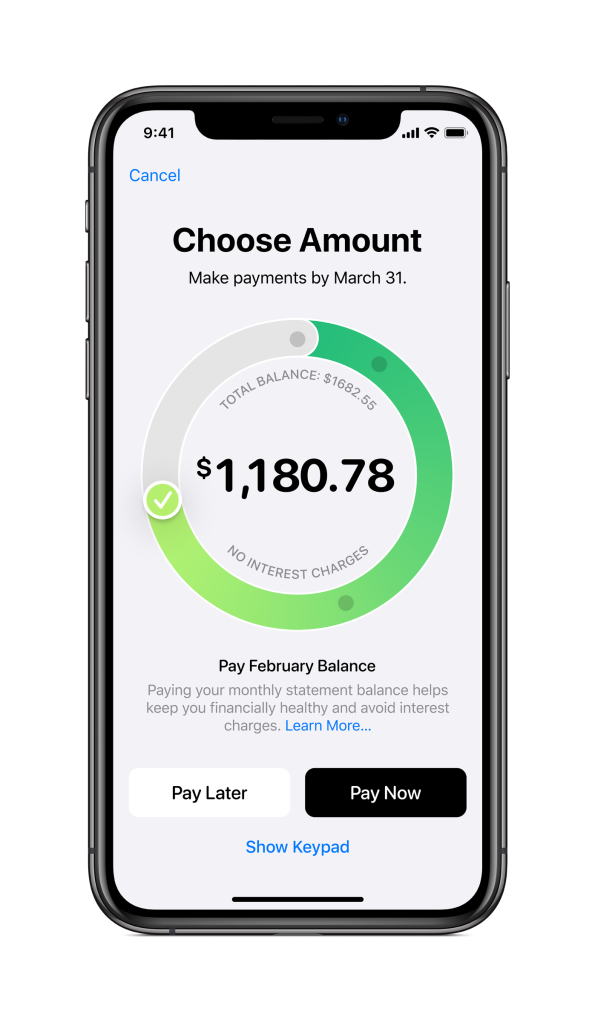 Users of budgeting and purchase-tracking products like Mint or even QuickBooks should appreciate the user-friendly interface and features, but may lament that it only applies to a single account.

Still, for this one, there are no fees for late payments, yearly membership or international transactions, and it has no access to users’ financial data, which stays locked on the phone.

In an era of high-profile breaches at retailers, credit bureaus and others, security is paramount, and Apple knows that — especially since it’s introducing a new model that could make consumers wary. So it doubles down on Face ID and Touch ID authentication and stresses that the Apple Card data stays on the phone, along with the machine learning features.

The one caveat is that Goldman Sachs must see the information to authorize or decline transactions. But thanks to a tight privacy deal, the firm is prohibited from using people’s data for other purposes, like advertising, and neither can it sell the information to third parties.

As far as rewards go, there are no points or miles to track. Instead, the card offers a tiered cash-back structure. 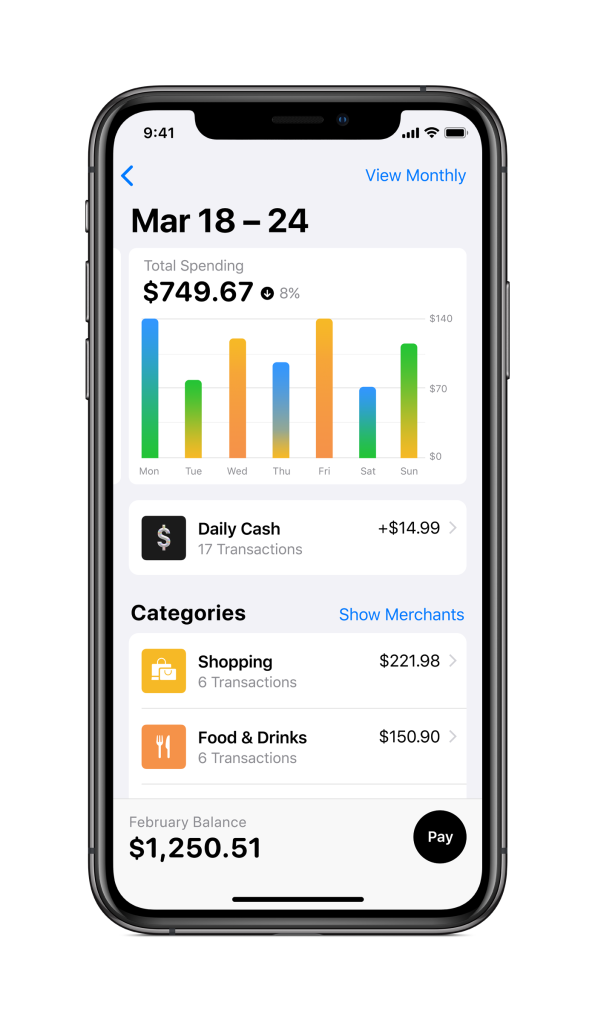 Apple offers 3 percent cash back for any product or service purchased at Apple, 2 percent when customers use Apple Pay and 1 percent for transactions performed with the physical card or a virtual number created by the mobile app for other online shopping. The cash lands in another area called Apple Cash and is available on a nightly basis for use in payments to accounts and friends, or bank transfers.

It’s not the most lucrative reward system, but it should be faster than most, if not all. Apple hasn’t signed with any retailers for loyalty programs, and it’s not even hinting that it might. True to form, the company won’t suggest anything like that until it’s good and ready.

Apple Card has no expiration date and isn’t associated with a single number, but a set of numbers tied to the phone, the titanium card — though no actual number is printed on it — and virtual numbers available in the mobile app for secure use at online stores. The app can also freeze the account, if the physical card gets lost. Contacting customer service is a mere matter of tapping a button to text or call Goldman Sachs.

That could wind up being a vulnerability for a tech company that’s infamous for obsessing over the user experience. Goldman Sachs is not just learning how to back a credit card, but one with a different premise and the unique expectations of Apple users. And its learning curve sits at a critical point, when people need help or service. That’s one thing Apple just can’t control.