Apple Doubles Down on Health, AR, Voice, AI and Privacy

A slew of new and ambitious Apple announcements shows where the company’s head is — and it’s not just on iPhones.

Apple showcased new updates for augmented reality at its WWDC keynote, among other news.

Apple’s WWDC keynote punctuated some key themes for the tech giant, including health, privacy, accessibility, machine learning, augmented reality and a pressing need to focus on other parts of the business beyond just the iPhone.

A litany of announcements spanned watchOS, iOS, MacOS, the new iPadOS and new, powerful additions for pro users in need of desktop hardware.

New watchfaces are heading to the Apple Watch, along with more watch complications or tasks, and watch apps get the ability to run on their own — no companion iPhone app required. Watch apps will be able to download right onto the Apple wearable directly from the App Store.

Apple’s health obsession took a decidedly female-friendly turn with Cycle Tracking, which can log periods and fertility using the Apple wearable. Of course, Apple Watch holdouts can use their iPhones for these features, though it seems like more of an afterthought. The software also features Activity Trends, which charts nine key metrics and compares recent activity with yearlong trends.

Another part of the presentation featured YouTube influencers Patrick Starrr and Desi Perkins — or at least digital representations of them — to demo a new update to “memojis.” Akin to Snapchat’s Bitmoji, the personalized Apple avatars are getting new features so users can customize their looks. 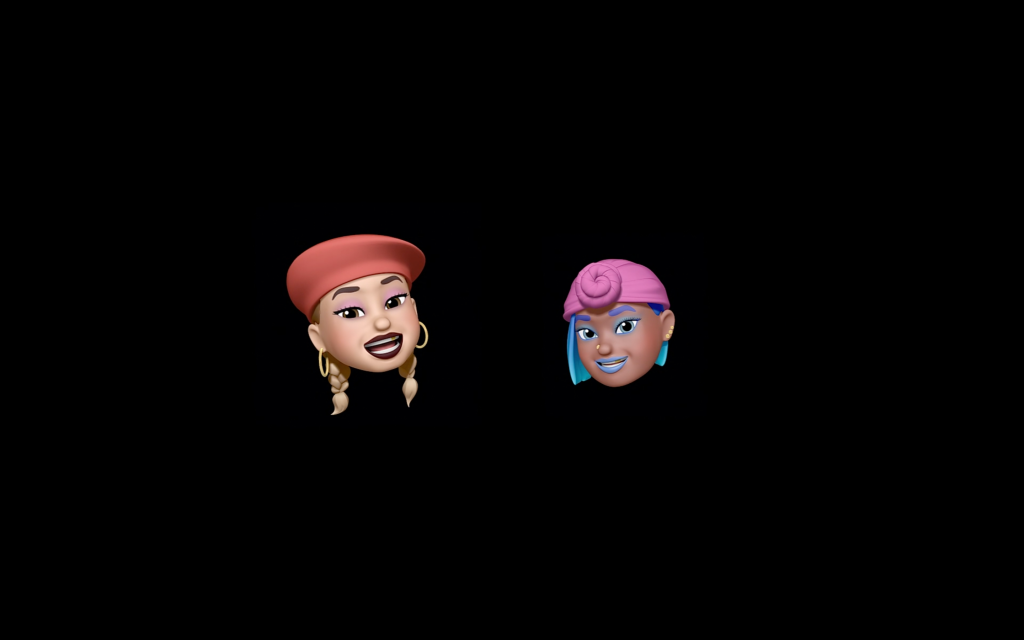 Users can customize skin tone, hair, virtual makeup and accessories, such as piercings, hats and glasses. Users will be able to apply the custom memojis as profile pics or set them as stickers for use in Messages or third-party chat apps, like WeChat.

The company released the “makeup tutorial” online in conjunction with the keynote.

Of the long list of announcements, one in particular stood out: The demise of the iTunes app.

The new version of the desktop operating system, codenamed macOS Catalina, effectively kills off the 18-year-old media management and streaming software, and shuttles off the parts into three distinct apps for music, podcasts and video.

The services already exist as separate mobile apps, but now the same approach will come to Mac computers.

The news stood out, if not for the mere fact that iTunes was arguably Apple’s most revolutionary creation. For better or worse, the software has been credited with upending the music industry, accelerating the business of on-demand digital releases, and birthing media mainstays like podcasts and hastening the pace of downloadable videos and subscriptions.

Presumably, Apple set foot into the post-iTunes world so the teams can concentrate and boost each arm independently. Whether that’s true or not, the move unhinges iTunes’ features from its initial raison d’être: Syncing iPhone data to the desktop. That will still work, but the interface gets stuffed into Catalina’s Finder window instead.

The company also gave the Podcast app an intriguing new machine learning-oriented feature — the ability to index spoken audio content. That means the system doesn’t have to rely on metadata, titles or description keywords alone to pull up a search result.

Apple has been developing its natural language processing powers, giving Siri new abilities to identify users by voice and personalize features. HomePod owners, for instance, can talk to their devices, and it will pinpoint things like music preferences or calendar appointments, based on who’s speaking.

The newly revealed iPadOS finally treats the tablet as something more than just a really huge iPhone. By breaking the tablet away from the smartphone environment, it can double down on productivity features like multiwindow multitasking in side-by-side emails, notes and Word documents; native SMB file sharing with PCs; support for USB drives and memory cards; faster-performing software for the Apple Pencil, and the ability to use the iPad as a second display.

The company bridged the gap between its Mac and iPad environments even further with Catalyst, which lets software makers build Mac apps based off iPad apps. The move was designed to make app development between the two easier.

In other updates, Apple covered changes to apps like Photos, which is increasingly using machine learning to group images and make intelligent sharing recommendations, and introduced new interface updates for Apple TV and CarPlay. As for hardware, animators, video editors and others hungry for computer power may be tempted by an incredibly powerful new Mac Pro desktop computer and premium 32-inch Retina 6K display.

The goal was to illustrate how real-time people occlusion works, with virtual objects going behind or in front of real-world people, and offer a look at how the tech addresses real-time motion capture. It’s impressive stuff, even if the demo itself was literally a little rough around the edges, sometimes having trouble picking Winters out from her background. But it rendered quickly and worked well enough to illustrate what a mobile camera can and will be able to do.

Gaming is a natural place to start, but it’s not hard to envision how marketers might use the technology — such as virtual catwalks featuring consumers or influencers one day showing off their favorite looks alongside digitized supermodels.

Things took another futuristic turn with Apple’s latest accessibility update. Tech makers like to wax poetic about how they’re supporting people with disabilities, but such updates are intriguing to others too, as new features can seem rather futuristic. Apple’s new voice capabilities seem to slot into this conceit nicely. People will be able to control more of macOS and iOS using just their voice.

While future-forward changes may get plenty of attention, the company’s privacy play — across multiple categories — received no short shrift either.

A new update to location features enables more granular permissions. In other words, users can allow apps to track them once, with all subsequent sessions requiring separate permissions.

Users unnerved at seeing social authentication prompts for third-party apps, such as Facebook or Google log-ins, have another option in “Sign in with Apple.” The feature can create unique, random e-mail addresses tied to a user’s real e-mail and offer different ones for different apps, making it easier to shut down communication from a nuisance app.

It’s not clear how such moves might change the calculus for brands who rely on e-mails or location data, but these changes were a somewhat predictable move on Apple’s part. The company has taken up privacy as a differentiating factor against the likes of players such as Google and Facebook.

This joins a new effort to secure videos in Apple’s smart-home system. A new update, called “HomeKit Secure Video,” focuses on protecting footage that typically goes to the cloud for computer vision processing. Craig Federighi, senior vice president of software engineering, emphasized that the analysis will now take place locally, right on the iPad or HomePod itself. The data is encrypted and remains stored in iCloud for only 10 days.

On any other day, these announcements might have sent Apple stock skyward. But the company opened its tech conference during a time when federal regulators edge closer to more scrutiny and oversight of the tech sector. In that way, the company was likely looking to shape more than public opinion or even satisfy app makers. Apple had a third audience, and it’s not clear yet if it’s pleased with the company’s trajectory.

One thing, however, is clear: After years of making WWDC a mostly iPhone-oriented occasion, Apple is intent on going beyond the bounds of its smartphone business.