Can a PC Laptop Be Fashionable?

Asus is testing that out with a special edition Zephyrus G14 gaming laptop, a collaboration with techwear brand Acronym.

The words “PC computers” and “fashion” don’t often land in the same sentence. But Taiwanese electronics firm Asus is hoping to up its style cred by collaborating with techwear brand Acronym on the new Zephyrus G14 laptop, announced Friday.

The project amounts to turning Asus’ powerful portable computer into a fashion accessory for gamers and creative professionals.

“Now the world’s most powerful 14-inch gaming and creative laptop has a modern design and state-of-the-art hardware,” an Asus spokeswoman told WWD. Acronym’s cofounder, Errolson Hugh, brought bespoke typefaces and material treatments to the device, which aims to “reimagine what a personal laptop can be.” 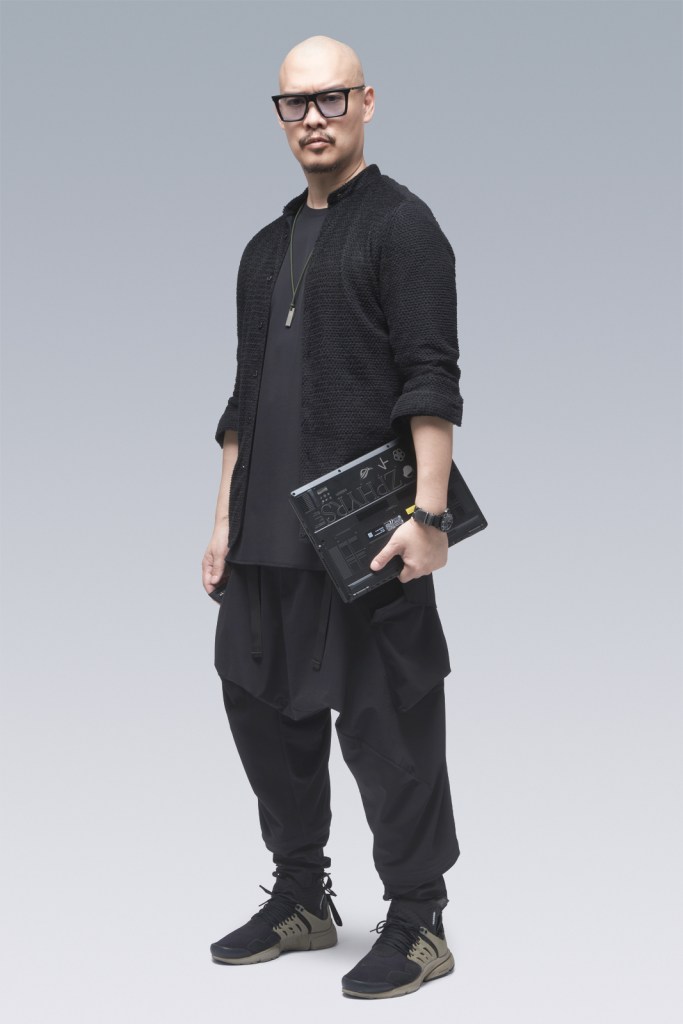 Design-oriented computers are not exactly new. Apple’s fruit-flavored iMac G3 desktops and iBook laptops caused a huge stir in 1998, setting up aesthetics as a key part of consumer technology for decades to come.

For Asus, the Acronym collaboration is the first global fashion partnership for its ROG (Republic of Gamers) unit. The company’s overseas division in the Philippines has previously worked with others, including designer Rajo Laurel and the Filipina-British fashion influencer Kim Jones for its ZenBook lines of notebook computers.

In that sense, fashion has been creeping into hardware design for years — which is only fair, considering the many ways that tech has influenced fashion.

Today, its platforms drive more and different forms of shopping. On the product front, stylish smartphone cases and other mobile accessories from luxury maisons like Hermés and others are expected to hit $20.99 billion over the next four years, even with the coronavirus pandemic. Meanwhile, sustainable brands look to new processes and hi-tech textiles to reduce their environmental impact. And still others invest in tech like gaming to gain insights on style, preferences and fit data.

For their part, gamers have shown an increased appetite for marrying high-performance clothes with style and aesthetics.

It was only a matter of time. With games evolving into rather cinematic productions, players immerse themselves in highly stylized environments like the “Final Fantasy” franchise and other RPGs (role-playing games) — complete with powerful avatars decked out in sleek outfits — for hours on end. Adding to the potential fashion factor, women have become a powerful market share, accounting for some 46 percent of all gamers.

In recent years, a cottage industry of apparel has sprung up to cater to these burgeoning tastes. And unlike cosplay outfits at Comic Con, these clothes are intended for real-life use.

Popular brands include Arc’teryx Veilance, Outlier and Stone Island, along with specialized off-shoots from Adidas and Nike. Acronym itself is a top brand in this sector, as well as a partner for many of these companies. In these circles, the bragging rights attached to owning the highest technology — in devices or clothing — are high currency.

Now teamed up with a top techwear brand, Asus hopes to bring some of its cachet to its new $2,500 Zephyrus G14. 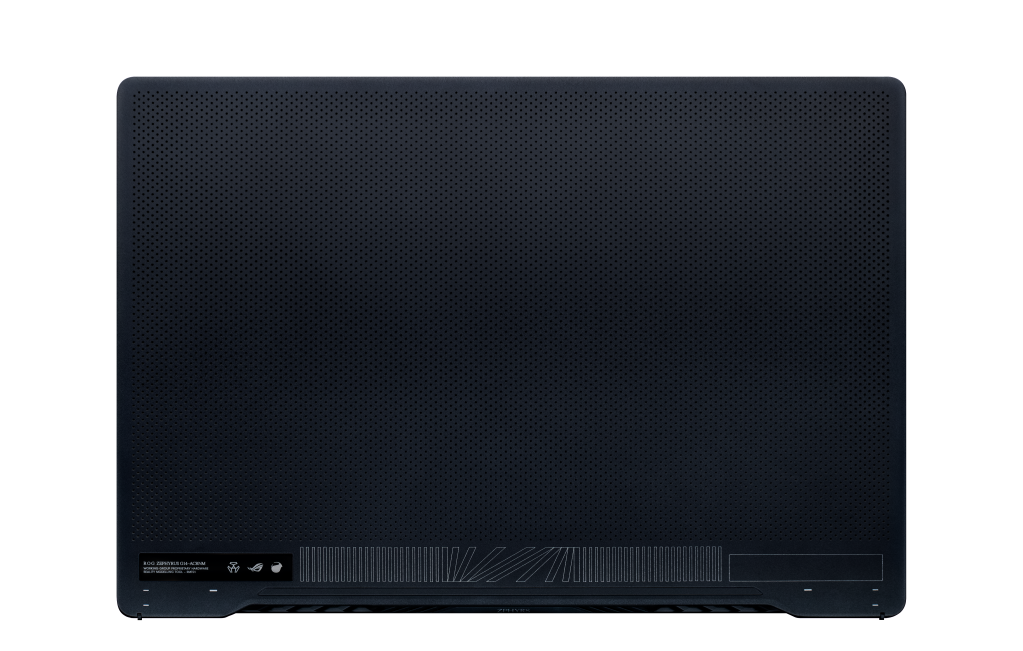 A look at the front of the Asus ROG’s latest gaming laptop.  Courtesy image

According to Acronym’s Hugh, who posted videos teasing the product earlier this week on social media, the partners are going after more than just gamers. They want “creatives” in need of a high-tech performance — in other words, the type of users who won’t be content staring at a generic notebook. Think professionals who toil inside design departments or video production teams.

“We try to break the expected relationship with a product to make the user feel more aware of the product as a tool, and make them more active and engaged with it,” he said in a press statement. “It’s too easy to become complacent toward the technology we use and let into our lives, and that can make us passive recipients of information, and thus less creative and less empowered.”

The device itself is going for a premium feel. It offers a magnesium alloy deck topped by an aluminum lid, to reduce weight, and features custom materials, precision etching, machining, specially developed paints and original typefaces.

Asus also stuffed plenty of computing power under the hood, with an 8-core AMD Ryzen processor and one of NVIDIA’s latest graphics processors, encased in a 14-inch chassis less than 20mm thick.

But the details around Zephyrus, in particular, may matter less than the fact that fashion’s inroads in technology appear to be going as deep as tech’s infiltration of the fashion sector. It’s becoming a circular loop, one that could open up more opportunities for partnerships and branding for those willing to play the game.