The LVMH chief introduced the first global luxury blockchain and revealed the group's online sales rose by more than 30 percent in 2018.

By Joelle Diderich
with contributions from Mimosa Spencer
on May 17, 2019

Louis Vuitton on Friday unveiled the first global blockchain designed to help consumers trace the provenance and authenticity of luxury goods, a platform named Aura it has developed in partnership with Microsoft and New York-based blockchain software technology company ConsenSys.

Bernard Arnault, chairman and chief executive officer of parent company LVMH Moët Hennessy Louis Vuitton, said the technology was still in the very early stages, but touted it as a key tool in the fight against fakes.

Executives at the luxury conglomerate, including chief digital officer Ian Rogers, declined to elaborate on the platform, which will be open to all luxury brands without intermediation, with data remaining confidential.

But visitors to the Vuitton stand at the Viva Technology fair in Paris were given a demonstration of how the technology will be used to certify Vuitton products. Brand officials scanned QR codes on a handbag and a watch that linked to the LV app, displaying details about where products were manufactured and sold.

“For the moment, we are in the test phase, and we are also in the test phase in terms of the contacts which the team in charge of this project has had with other outside groups,” Arnault told reporters at LVMH’s 5,400-square-foot stand, where start-ups rubbed shoulders with brands such as Bulgari, Ruinart and Tag Heuer. 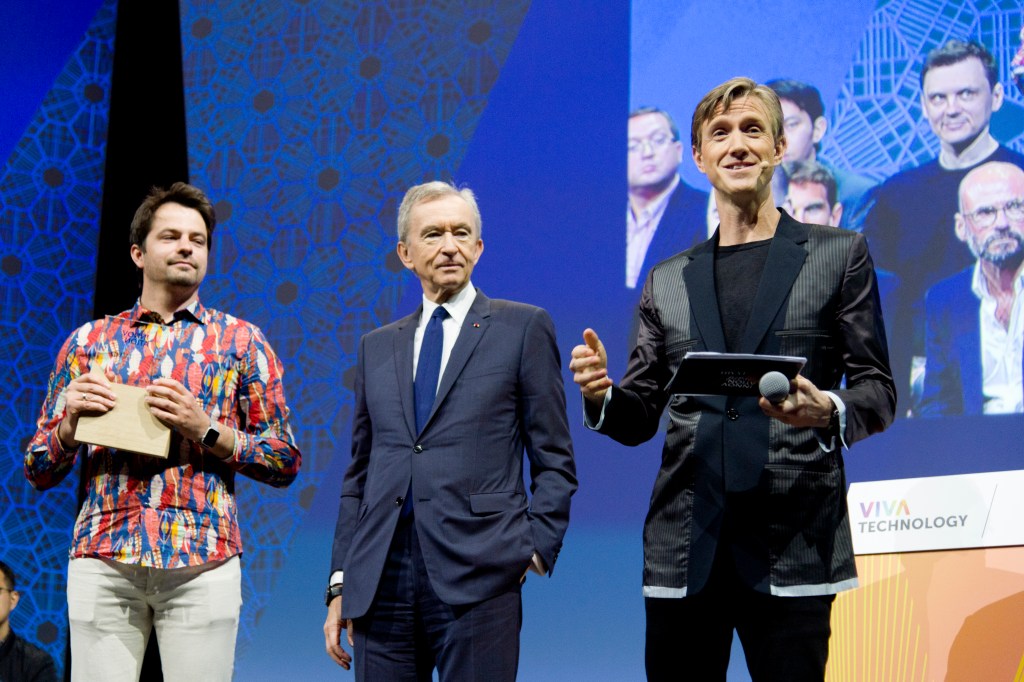 The emergence of secure digital identities for luxury goods comes when the commerce of online counterfeit and knockoff products is accelerating along with online fraud and the sale of stolen luxury goods.

By creating a sequence of tamper-proof information entries at every stage of the product cycle, blockchain is able to provide proof of origin of luxury products, anticounterfeiting and tracking of each item, with major implications for the gray market as well as resale platforms such as Vestiaire Collective and The RealReal.

Arnault said LVMH’s online sales are growing fast, representing 7.5 to 8.5 percent of the group’s revenues in 2018. “Last year, e-commerce accounted for 3.5 billion euros to 4 billion euros of our sales, which represents a strong increase of more than 30 percent versus the year before, and that is a trend that will continue,” he said.

That creates challenges for luxury groups seeking to maintain tight distribution of their goods. Vuitton, for instance, controls all of its retail sales via its own network of stores.

“Louis Vuitton is the only brand worldwide that never has sales, so we try to make sure, both for our customers and for Louis Vuitton, that distribution follows the same criteria online as it does in stores,” Arnault said. “We try to avoid all types of distribution that would lead to products ending up in the so-called gray market.”

Among the advantages Aura is expected to deliver is providing clarity on where an item was originally purchased and when it is offered for resale. Arnault said the technology, which is also being adopted by Parfums Christian Dior, likewise helps to provide guarantees about the origin and sustainability of raw materials.

“Until now, we’ve used blockchain technology mainly to certify the supply chains at our various houses, and gradually all our houses will have access to this technology to secure their supplies. We will see afterward how we can further develop this technology in two or three additional fields at each house. It’s a technology that guarantees origin [of goods] better than any other method,” he said.

The Aura project is being developed within Vuitton’s innovation department, which has been churning out a growing number of connected products since the launch in 2017 of its Tambour Horizon smartwatch with Google. Since then, Vuitton has introduced a connected suitcase designed by Marc Newson and wireless earbuds.

Visitors to its stand on Friday lined up to pose for pictures with a prototype of a light-up Keepall bag designed by men’s wear creative director Virgil Abloh for his fall show, made with a fiber optic textile connected to LED lights flashing in a rainbow of colors — the brand even created a special Snapchat filter to enhance the shots. 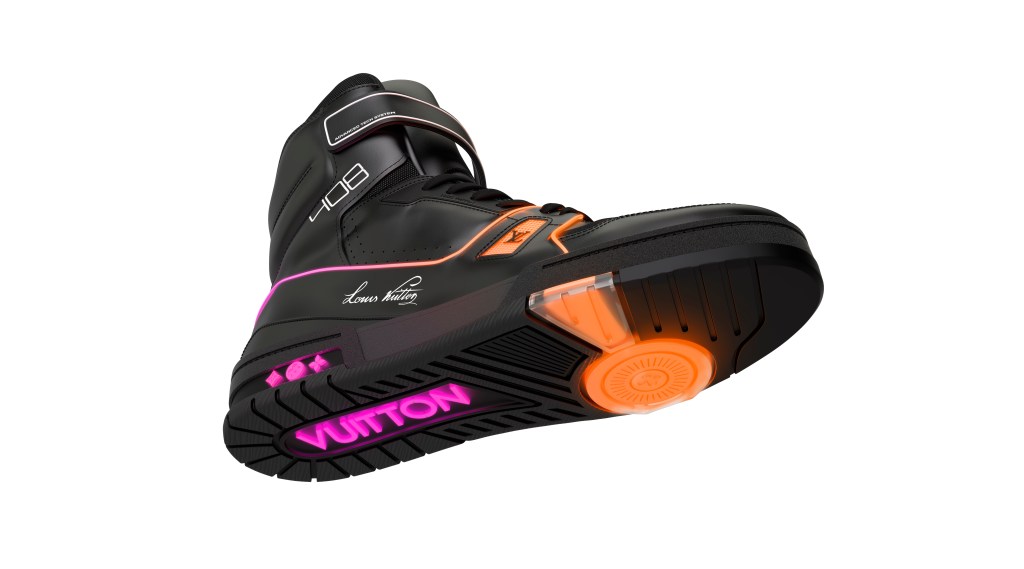 Also on show was Abloh’s black high-top sneaker design with light-up details on the outsole and upper, and a screen embedded in the tongue. The bag and the sneakers will be available for sale at the end of the year.

Rogers predicted more and more items would be connected. “In the future, the lifecycle of all items will be tracked, that’s a given,” he told WWD. He singled out Evrythng, one of the five start-ups shortlisted for the LVMH Innovation Award. Its Active Digital Identity provides a wealth of information about consumer products.

“They’ve taken a very smart standards-based, web services-based approach, and I think that they’re truly the leader,” Rogers said of the company, which with Avery Dennison recently launched a blockchain solution for the fashion industry in partnership with buzzy label 1017 Alyx 9SM.

“I think we have a pretty high level of start-ups this year,” Rogers said, citing progress in areas like chatbots. “We’re starting to see some interesting things — if you look at Automat and Digital Genius, I think you’ll see the buzzword of chatbots become mature companies.”

However, the winner of the award — designated by a jury including Abloh, Rimowa ceo Alexandre Arnault and Warby Parker cofounder and co-ceo Dave Gilboa — was 3DLook, whose method for scanning the body using only a smartphone guarantees a better fit for clothes bought online (for more on the start-up, see related story.)