The professional networking feature set the stage for a broader discussion on women’s empowerment. 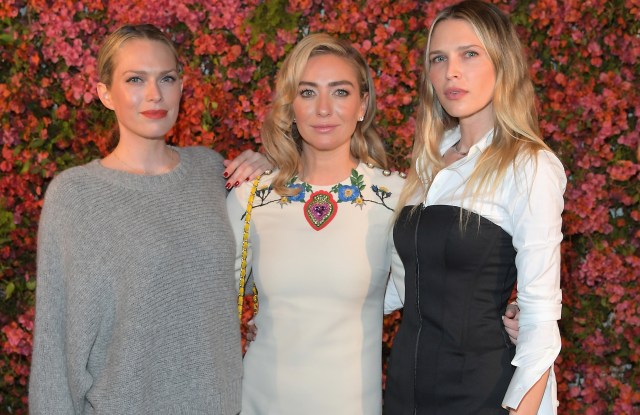 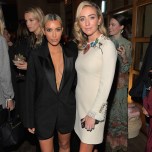 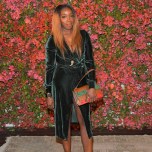 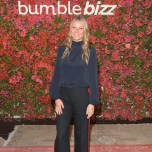 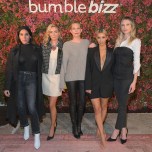 A funny thing happened along the way as Whitney Wolfe Herd launched and then grew Bumble.

The dating app, which placed women in the power seat when it came to the courting game, jostled loose and found holes in the way of connecting — whether it be for love or careers. To that end Herd’s bash Wednesday evening — an intimate gathering with ocean waves crashing in the background at Nobu Malibu — was not held just to ring in the new Bumble Bizz professional networking feature for the Los Angeles market, but as a celebration of Bumble’s evolution since its 2014 launch.

“Bumble was more than just another dating app,” Herd told WWD. “Bumble was about changing the conversation and creating a new way of thinking and a new way of acceptance for women, which was making the first move, being empowered, going after what you want in life, not being held back by gender norms or societal dynamics. And, for me, that transcends any one vertical or platform. I believe that making the first move is something that can translate into every arena and so many different verticals. It’s just as important in love as it is in business. It’s just as important as the way you treat your friendships or your health or your self.”

The brand that has been created around Bumble has certainly struck the interest of strategic buyers. Reports surfaced earlier in the year that had Bumble and Match Group in talks on the possible sale of Bumble that would have valued the business at more than $1 billion.

Los Angeles is only one of a handful of markets — alongside places such as San Francisco and Dallas — Bumble Bizz has rolled out in, and even as the launch is only in the early days, Herd sees far more potential for the business.

“I see Bumble as a way of thinking and a way of being versus any one dedicated vertical or another,” she said. “I see this as something that can really transcend even being an app. This can transcend even being on our platform and something we can build into products outside of the existing one. Think work supplies, school supplies.”

That the ceo’s dinner cohosted by Bumble heads of creative Sara and Erin Foster and Gwyneth Paltrow attracted a range of attendees — including Kim Kardashian, Courtney Cox, Jennifer Garner, Katharine McPhee, Molly Sims and Goldie Hawn — perhaps best highlights what the Austin, Texas-based app has grown up to be.

Last year the company rolled out the Bumble BFF feature, which aims to link potential friends. Bumble Bizz represents the networking feature for professionals. Comparisons have already been drawn to LinkedIn, but Bumble’s differentiating itself.

“What LinkedIn does is really important because it’s a database for people,” Erin Foster said in an interview. “I think it just lacks an aesthetic that’s appealing to people and it doesn’t feel modern and it doesn’t feel young. There’s a gap in generations of people that want to be found in business, but don’t really want to be on LinkedIn because that’s where your dad is.”

The fact that Herd made the decision to bring on the Fosters to head up creative is also indicative of a strategy that merges technology and entertainment, driven by the need for content.

“Hiring women in entertainment is a different route to take for a tech company but Whitney thinks outside the box,” Sara said. “I think at the end of the day companies are leaning so hard toward content, which is an area that Erin and I — I don’t want to say specialize in — but I think it’s an area that we’ve managed to hone in on and everything we do is not heavy-handed. It comes with a comedic twist and people respond to that.”

“People are used to doing things the way they’ve been done before and, in a lot of ways, it’s not working,” Erin added. “So many companies are having difficulty with the messaging that’s getting across to people and we see that a lot in tech companies because it’s so money-based. What I’ve learned watching Whitney is that the mission of the founder becomes the user’s experience. So you feel what their intentions are. You feel customer service that’s good or bad. You feel if they want you to feel comfortable and welcome — or you feel like they just want to make money off of you. Especially with what’s happening right now with women in business and the expose on Uber and all the ceo’s that are being taken down and pushed out, it’s an interesting time.”

The Fosters, the witty daughters of music producer David Foster, are the creators of VH1’s “Barely Famous” show, which takes shots at reality TV. The sisters are now tasked with creating more dinners and other events along with content that speaks to Bumble users. As Sara described, this year has been focused on awareness, while 2018 will be about content. Bumble is now considering development of a series or talk show within the app in addition to hosting more panels, Sara said. Erin added there are also plans to build a Bumble Hive, a physical representation of the brand, in Los Angeles. Bricks-and-mortar was something the company first got into earlier this year in New York. Los Angeles will be a similar hub for women to have a glass of wine and hear someone speak or learn something new.

It’s all messaging Herd said the market has been craving for long enough, when it comes to the discussion of empowering women.

Wildfox Hits Back at H&M With Trademark Infringement Lawsuit