Is CES Losing Its Relevance?

CES may matter more to consumer brands and retail than Silicon Valley.

The subtext this week at CES was whether the gonzo tech event is even relevant anymore.

Over the years, major tech brands have increasingly taken their most important events and announcements off-site — either in different locations across the Las Vegas Strip or in completely separate, dedicated events.

So does CES matter anymore? Well, that depends on whom one asks. 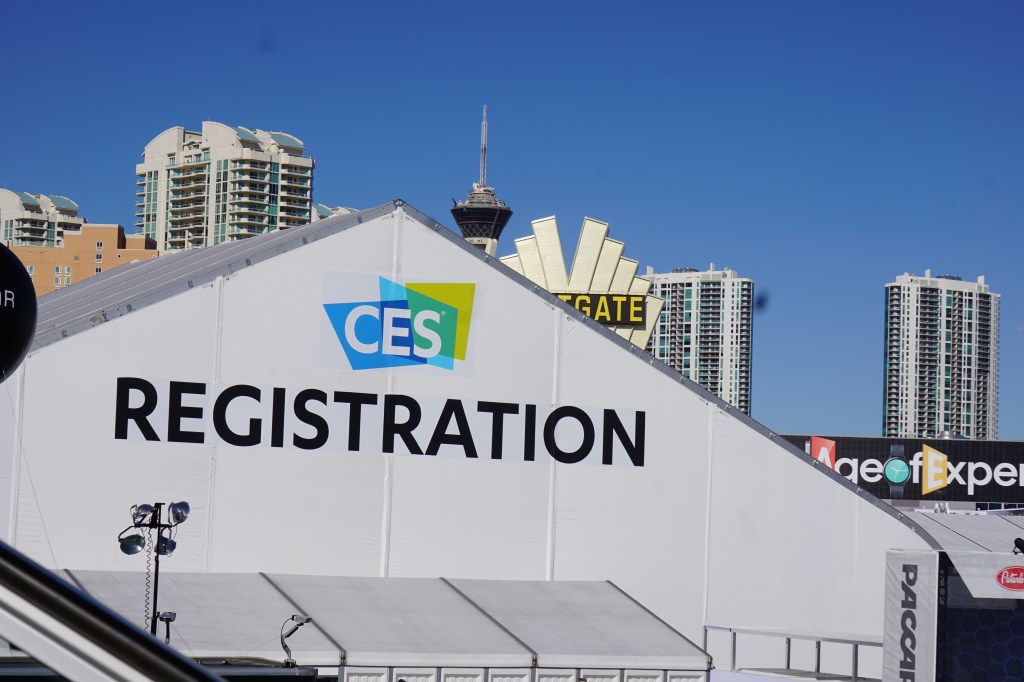 As a spectacle, the show is as fierce as ever — in various ways.

The major news this year centered on Ivanka Trump’s keynote, a session that kicked up controversy, given her tenuous cred in technology and the lack of female representation in the tech show’s keynote roster.

Consumer Technology Association president and chief executive officer Gary Shapiro was forced to defend his choice to various outlets, and it all led up to an onstage conversation that was, at best, polite — and, at worst, obsequious. At one point, Shapiro thanked her for her “passion” in addressing U.S. jobs and called it “infectious.” Ultimately, though, it wound being a rather drama-free affair. 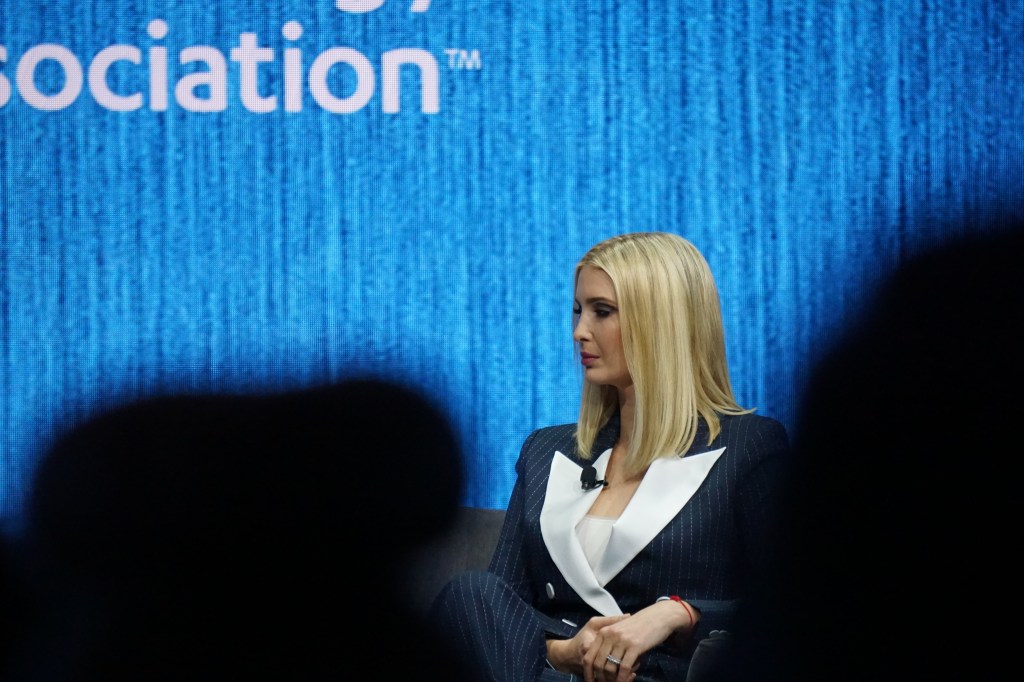 The assortment and range of tech on view spanned the spectrum, from gimmicky to genuinely intriguing. But it was hard to overlook the fact that major tech companies used to save their biggest revelations for CES. But over the years, the major announcements have become fewer and less glitzy.

Take Samsung, for instance. Inexplicably, the South Korean tech conglomerate introduced a rolling smart ball named Ballie, which follows the user around, taking candid photos or enabling hands-free emergency calls, among other features. In another presentation, the company introduced a rotating television that goes from landscape to portrait mode to cater to social media-obsessed Gen Z and Millennial consumers. 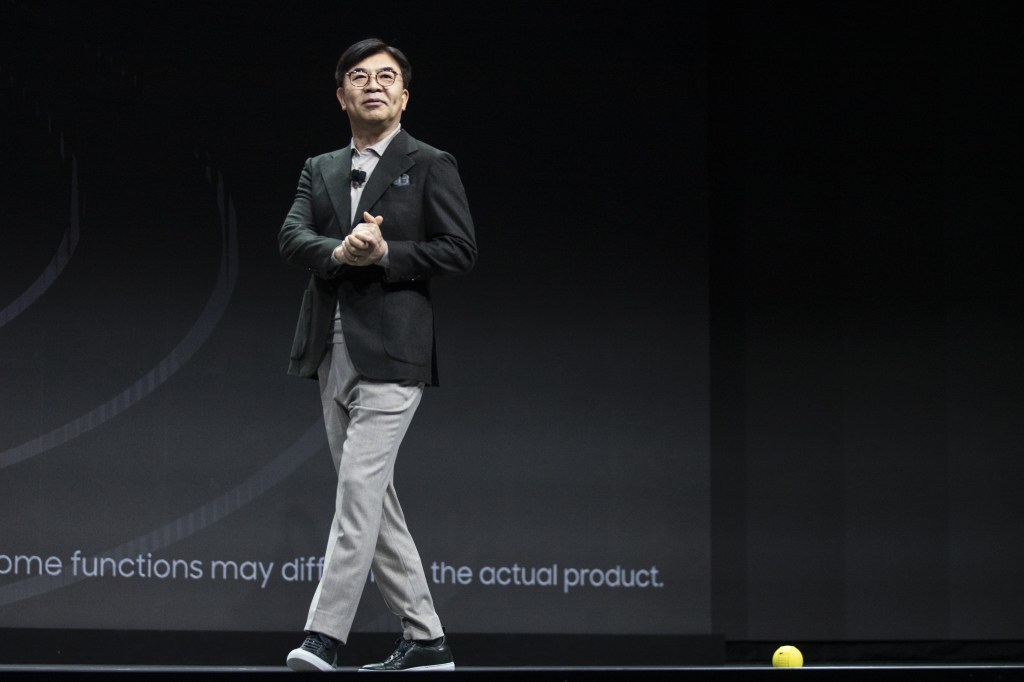 The real anticipation regarding Samsung has to do with its next smartphones, Galaxy buds and other devices, and those are likely to drop at its next Unpacked press conference in February.

But the vacuum that’s left behind looks like an opportunity for other consumer goods brands to show off their innovation.

CES has become a critical stop for beauty tech, with everyone from Perfect Corp. and newcomer Réduit to L’Oréal and Johnson & Johnson’s Neutrogena making it a regular stop. This was the second year for Procter & Gamble, and it has no plans to retreat anytime soon.

This week, Fossil Group returned to CES to unveil partner Skagen’s latest smartwatch, the rather sleek and modern-looking Falster 3, which uses Qualcomm’s latest 3100 processor tech for wearables. It also announced a partnership with X by Kygo, the premium audio accessories and lifestyle brand by Norwegian DJ, songwriter and producer Kygo. 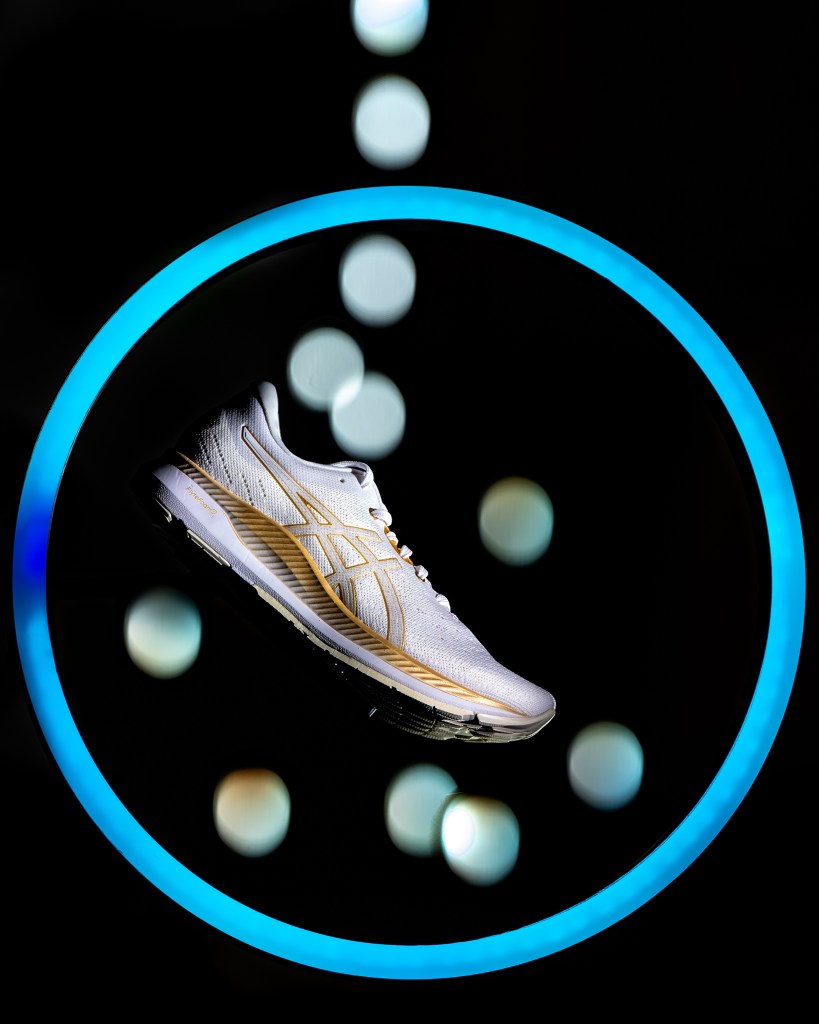 Asics showed off its new EvoRide smart shoe, which is designed to save runners’ energy. The company also showcased its sports tech research from its Asics Institute of Sport Science, which looks into how tech can help people run further, faster and easier.  Courtesy photo

Asics hit the show to unveil its first smart-shoe prototype, the EvoRide, an energy-saving shoe that follows up the brand’s MetaRide and GlideRide footwear. The kicks are designed to minimize movement in the lower leg to spare the athlete’s energy.

The footwear brand has been a proponent of athlete tech, researching new ways to support training and other sports-related demands. The company also partnered with No New Folk Studio Inc., a Japan-based sensor tech start-up, to develop ways to integrate multidimensional sensors.

Accessories also tend to be big at CES, which is a magnet for techified purses, cases and other accessories. Some even rightly take notice of fashion trends. Startup Ampere, for instance, baked a high-powered battery into a fanny pack.

Those accessories include wearables of all types, beyond the smartwatch. Wireless earbuds have become a subcategory that has exploded in the market., and they showed up in full force this week.

As some companies pack more smarts and bigger battery life into a tiny footprint, others like Motorola, look to other creative features — like the ability to go from wireless to wired with a sport band and 3.5-mm. plug, or use one earbud only, if needed.

The list of major and influential categories goes on and on. Robots are becoming more cuddly or at least humanized, judging by the vast array on display, rivaled by an e-scooter and personal transportation phenomenon that swept the show. 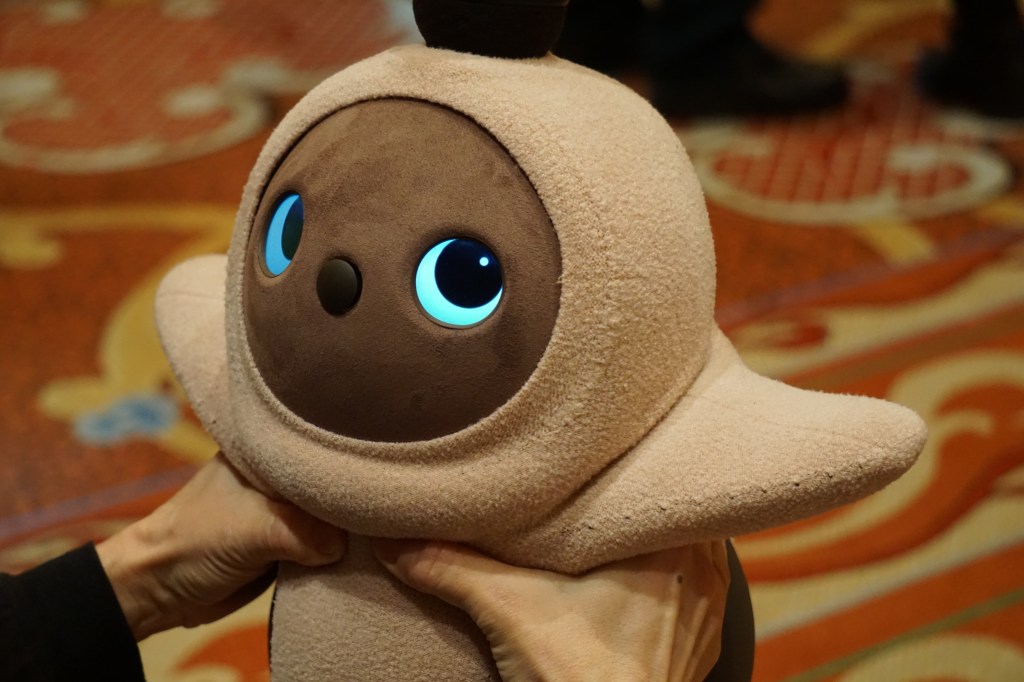 The adorable Lovot robot, which reacts positively to being hugged.  Adriana Lee 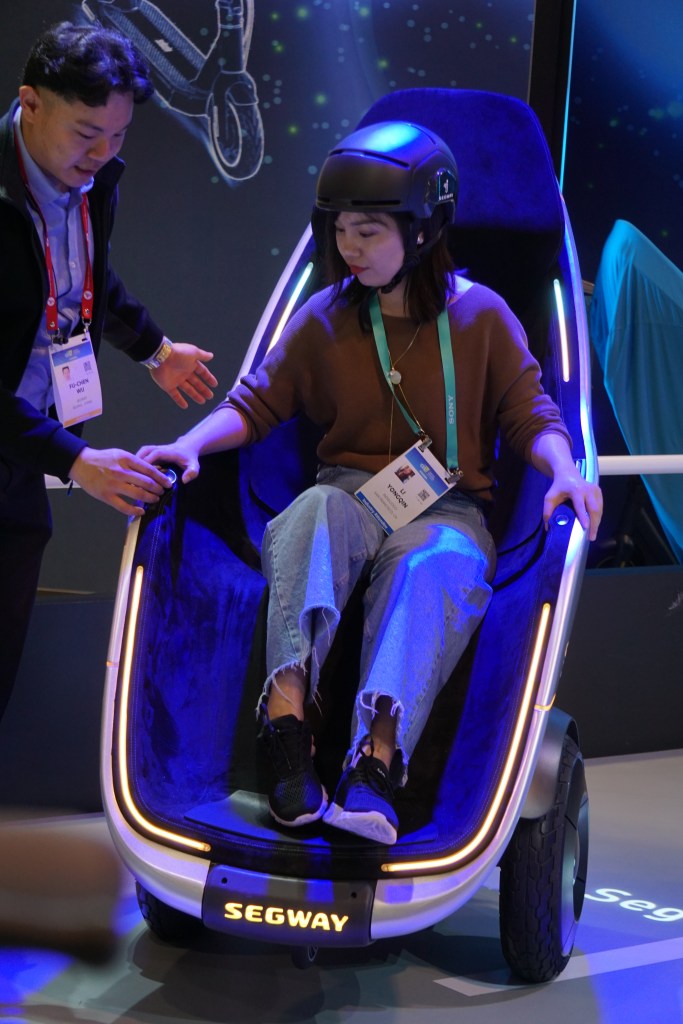 Of course, there’s always a healthy dose of far-out tech, and this week didn’t disappoint — from Hyundai and Uber’s flying taxi and Mercedes-Benz’ “Avatar”-inspired car, to flexible roll-up televisions by LG, robots for every occasion and even sex toys, which made their first CES appearance this year. 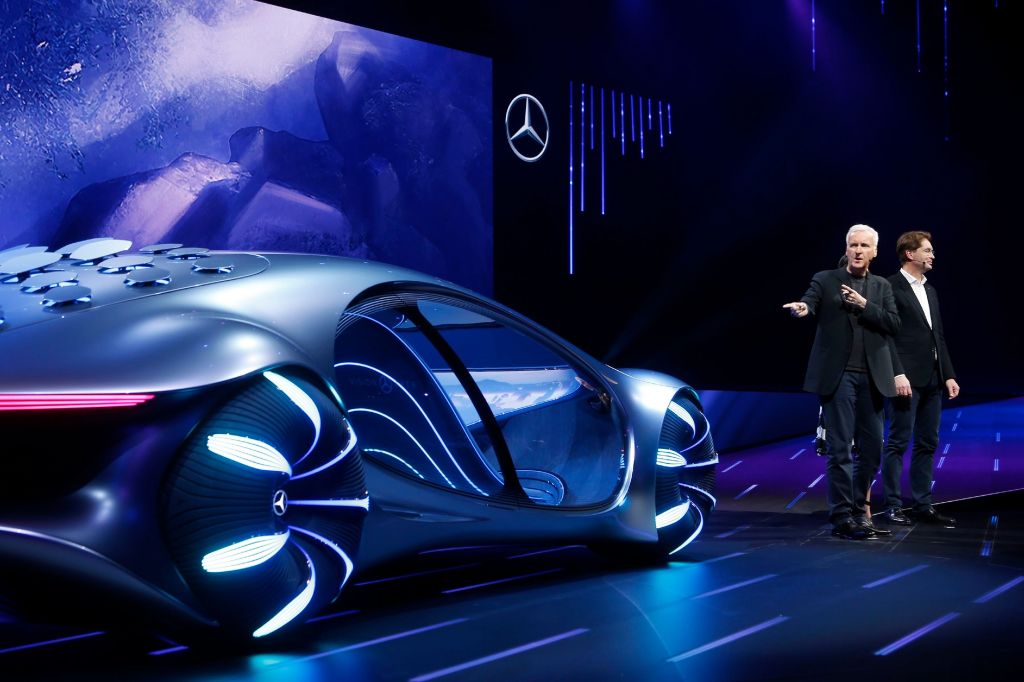 Director James Cameron, second from right, who directed movies such as “Avatar,” talks about the Mercedes-Benz Vision AVTR concept car at the Daimler Keynote as Cameron is joined on stage by Ola Kallenius, right, Chairman of the Board of Management Daimler AG and Mercedes-Benz AG.  Ross D Franklin/AP/Shutterstock

But apart from the pageantry, there were also real solutions to critical business issues.

The kicker is that FaceCake’s tech can take flat, 2-D images and, using artificial intelligence, create something akin to a three-dimensional render that allows people to virtually try on garments.

“We don’t need to have any dresses sent to our offices, and we don’t need 360 images…we can extrapolate and build out the asset from a web site [or online catalogue],” said Smith. Her tech doesn’t quit produce 3-D, but it’s close. Smith calls it “2.5D.”

The innovation led Disney to partner with FaceCake, so little children in Asia can virtually try-on princess dresses.

The various show floors were only half of the experience. Matters like 5G and privacy were hot topics across numerous information sessions. And some of the key themes at the High Tech Retailing Summit, a tangential event that runs alongside CES, was how the superfast speeds of 5G connectivity will elevate the retail experience. One of the major takeaways was that the sector can expect heightened demand for personalization.

How that squares with the tech sector’s privacy conundrum will matter in 2020 and beyond. Giants like P&G, Facebook and Apple discussed the need for better measures, as well as looming regulations. Apple’s appearance here was particularly noteworthy. While Google and Amazon typically swath the show in their branding and integrations, this session marked the iPhone maker’s return to CES after many years. 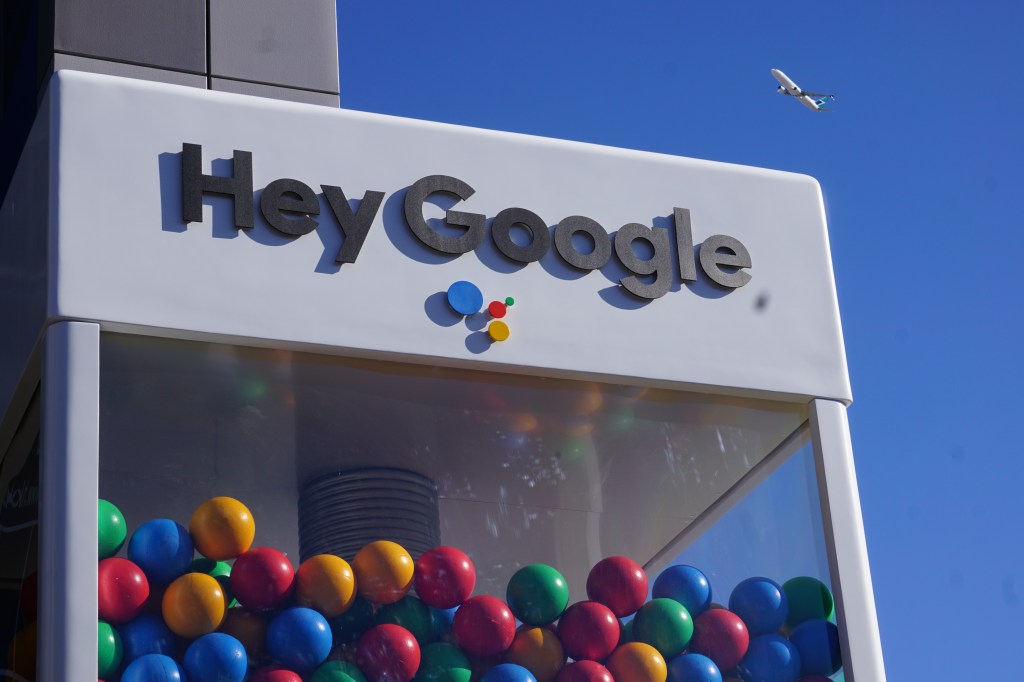 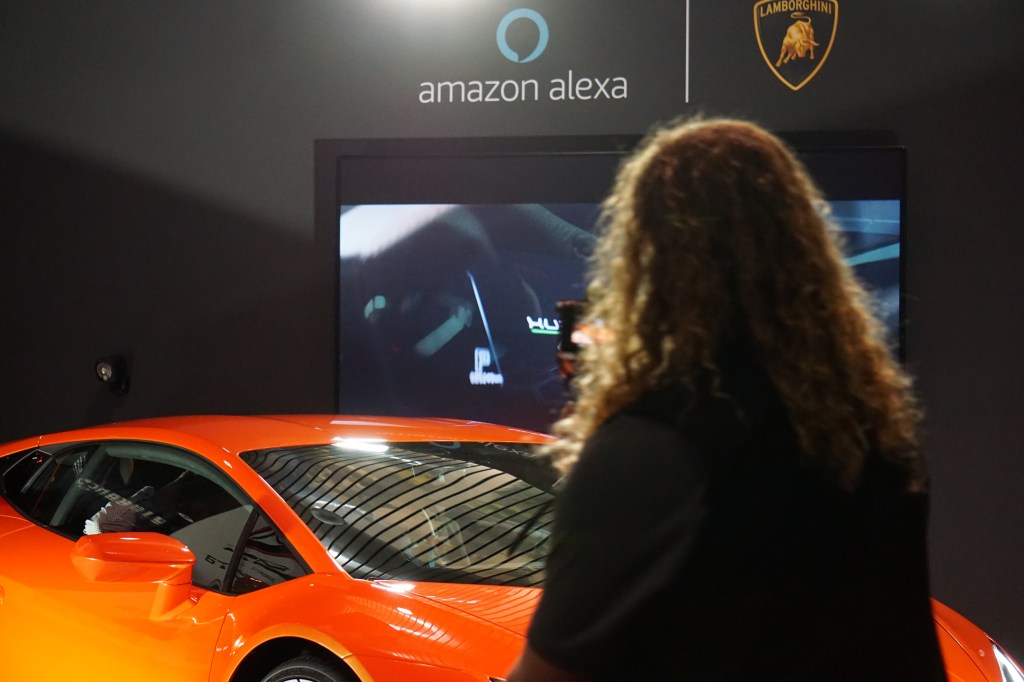 Amazon’s Alexa is being integrated seemingly everywhere, including in cars.  Adriana Lee

What was evident this week is that the lines are clearly blurring. And innovation is not just the exclusive domain of Silicon Valley.