A Tech Reckoning in the Desert

Code Conference puts YouTube, Facebook and Amazon Web Services in the hot seat — and tries to pin down a Stacey Abrams 2020 run.

Matters of technology, humanity, business and politics didn’t shrink in the 106-degree heat when Code Conference 2019 kicked off Monday afternoon in Scottsdale, Ariz. But neither did they bloom.

Unlike typical self-aggrandizing tech keynotes, fireside chats with reporters tend to feature less fluff, more fire. And there was plenty to go around.

Some of the sector’s highest-profile executives lined up for grilling, as tech reporters from Recode, Vox and The Verge indulged a tasting menu of controversies plucked from the latest headlines. On the menu were topics ranging from hate speech to privacy to the break-up of Big Tech. A chat with former Georgia gubernatorial candidate Stacey Abrams rounded out the meal.

Throughout the afternoon and evening, there was plenty to chew on.

“I know that the decision that we made was very hurtful to the LGBT community and that was not our intention at all,” Wojcicki said. “We are really sorry about that.” She also said the behavior didn’t violate the company’s harassment policies and explained that YouTube doesn’t want to be “knee-jerk” in its reactions.

“It’s just from a policy standpoint we need to be consistent — if we took down that content, there would be so much other content that we need to take down,” she explained. 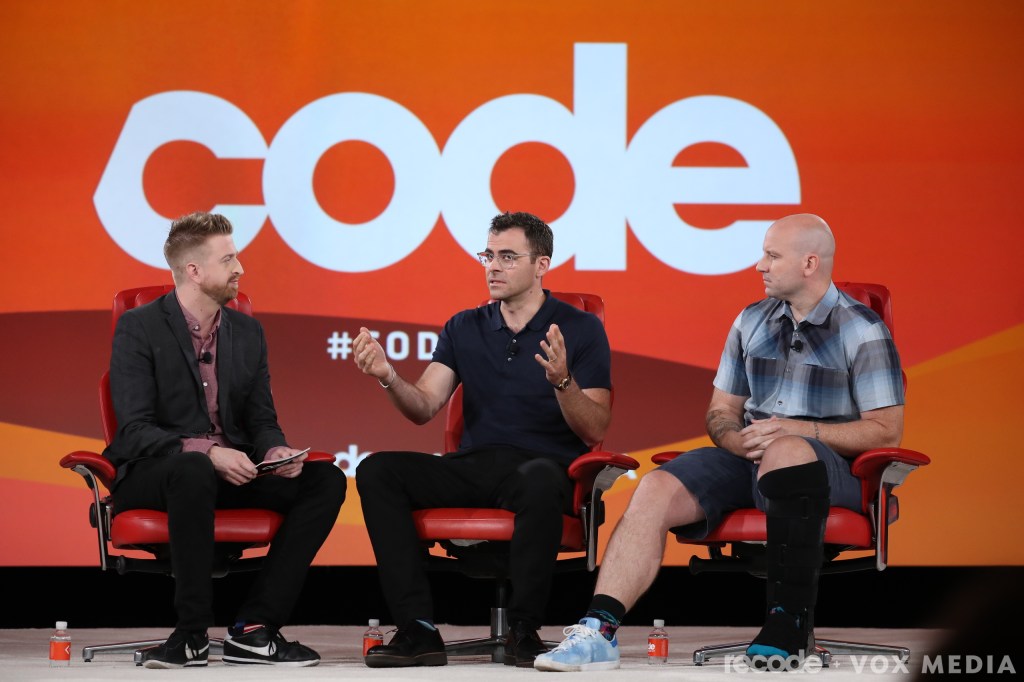 The parent company employs more people for policing content than the whole of Instagram, he said, which means the move would cut the platform off from those resources.

“If you’re trying to solve election integrity, if you’re trying to approach content issues like hate speech, and you split us off,” Mosseri said, “it would just make it exponentially more difficult — particularly for us at Instagram — to keep us safe.”

High-profile politicians, such as Sen. Elizabeth Warren, have called for the break-up of major tech firms like Facebook and Amazon. According to recent reports, the Federal Trade Commission may be on the brink of an antitrust probe into the social and e-commerce giants.

The sentiments nearly overshadowed some intriguing factoids from Facebook colleague Andrew Bosworth, who runs augmented reality and virtual reality for the company.

A few weeks ago, its Oculus business just shipped the first $399 Oculus Quest VR headsets. The new models offer an upgraded experience with much more freedom of movement than phone-based VR, and the units are considered a major step forward for the consumer tech. Now, according to “Boz,” interest seems to be stepping up: Oculus sold $5 million worth of Quest content in two weeks.

For the first time, Bosworth also tipped a new spate of Portal devices this fall, as the evolution of its home-based video chat device.

Today, as more gadgets slip in cameras, it’s fitting that the tech conference would feature a massive facial recognition wall that greets attendees by name. It’s cool tech, though a bit unsettling, even if it’s not entirely accurate. In some cases, the installation guessed as many as five or six different names, though the mix usually included the right one.

The wall sat directly outside the hall, while inside, Andy Jassy, ceo of Amazon Web Services, discussed facial recognition program Rekognition, one of his cloud computing team’s latest offerings. 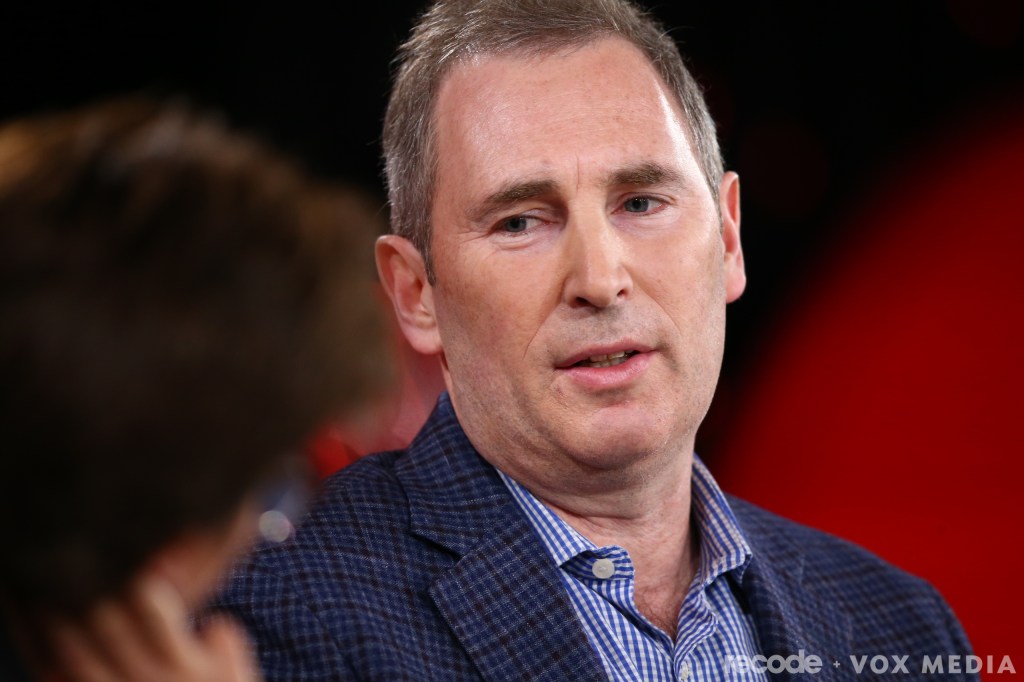 The category has set off a debate regarding its use by law enforcement and companies. Jassy didn’t seem unnerved by the controversy. On the contrary, he’s in favor of getting some direction and wishes federal regulators would “hurry up,” he said, or else “you’ll have 50 different laws in 50 different states.”

With so many of the tech issues of the day tilting into politics, it seemed fitting to conclude on a conversation with Abrams.

Bringing her fight against voter suppression to the Code Conference stage, the founder of voting rights group Fair Fight Action called the issue an existential crisis for democracy in the U.S. She and Lauren Groh-Wargo, Abrams’ former campaign manager and colead at Fair Fight, see tech’s dual role in amplifying toxic rhetoric, even threats, while also providing tools to track it.

As for a presidential run, Abrams wouldn’t commit. But she also didn’t rule it out. 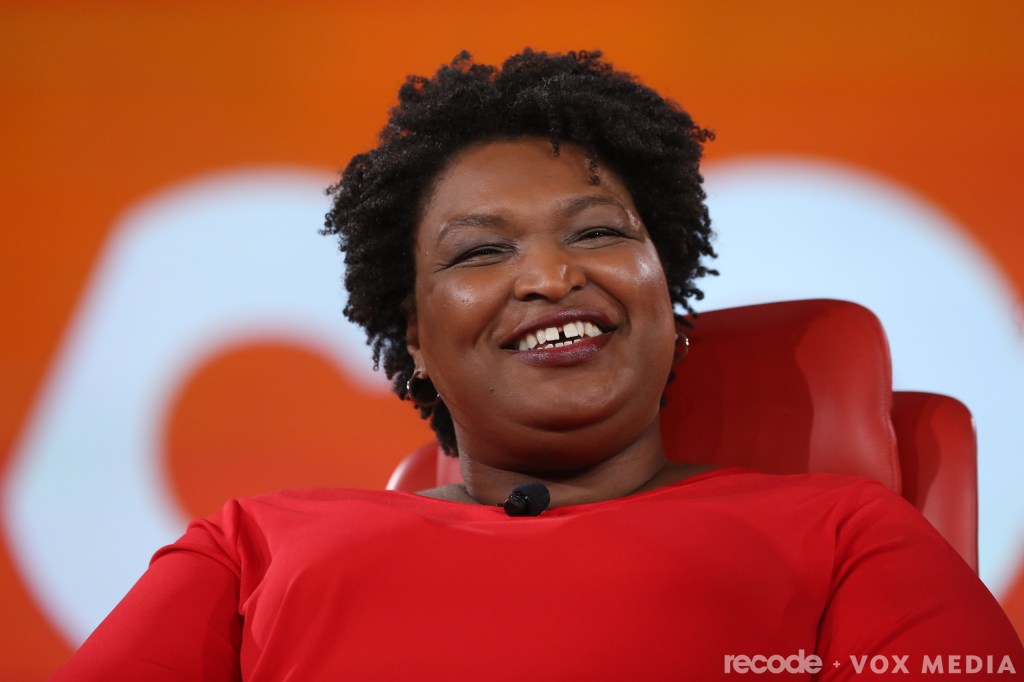 “It’s entirely possible…I will enter this race if I think I can add value to it,” she said. “If I do not think I add value, I won’t run.”