Digital Download: Liz Bacelar on the Technologies That Will Shape Fashion

The entrepreneur, whose digital innovation consultancy has just been acquired by the Together Group, talks about the technologies — and mind-set shifts — needed to update the fashion industry.

LONDON — There has always been a culture gap between the worlds of fashion and technology.

That’s what fueled entrepreneur Liz Bacelar to start Decoded Fashion in 2011, a series of digital summits that aimed at bridging that chasm.

“What I saw back then was technology being fascinated with fashion, but fashion itself wasn’t seeing a great need for tech. The fashion and tech community that started to emerge from there, came from technology talking to fashion because of their own personal passions. It would be founders from Israel or San Francisco whose wives or themselves liked fashion,” said Bacelar.

Change has been slow — and even when fashion did try to jump on the tech bandwagon it mostly resulted in gimmicky or marketing stunts that were far from transformational.

That’s why Bacelar launched her agency, The Current Global, in 2017, with the aim of curating the best technology providers around the world that could provide fashion, retail, and lifestyle brands with quick solutions suited to their needs. Her aim was to translate those tech pitches into a language fashion brands could understand.

“Products have been exploding around the world, so if you decide you wanted to do tech, how the hell do you do it? There are thousands of chatbots to pick from, so how do you pick what’s good for you?” added Bacelar, who went on to work with the likes of Cartier, Mulberry, Tiffany & Co, Swarovski and Burberry, among others, via The Current Global. 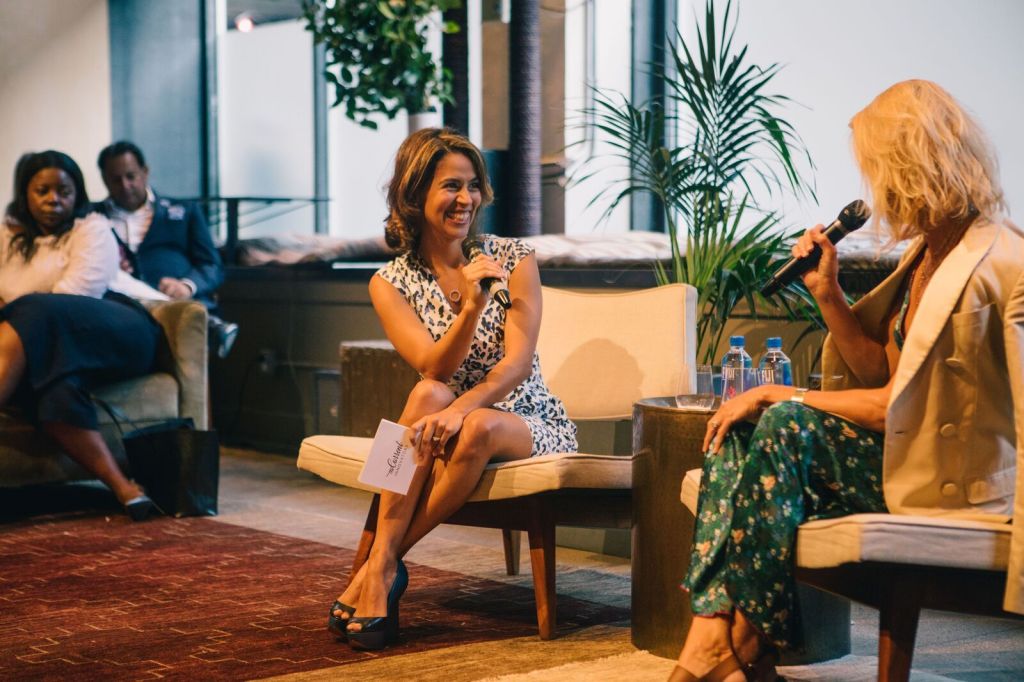 In the midst of one of the biggest economic and humanitarian crises to have shaken up the fashion system, Bacelar took the decision to join forces with other founder-led agencies to broaden her network of technologists and innovators, and the services her company can offer to brands.

As reported, The Current Global was acquired by the brand consultancy platform Together Group, alongside five other agencies. Bacelar will now be taking the role of cofounder and chief innovation officer at the group.

The partnership comes at a time when brands and retailers are having to accelerate their digital processes across their businesses and face a new reality.

“We are now in a position to be able to go to these brands and say, ‘Let’s face this new normal and do more challenging things together,'” said Bacelar.

“The database we have is the freshest, most comprehensive community of relevant technology for retail today. It’s a group of 2,000 technologists that we curate every month, adding companies to the group or downgrading the ones that are no longer important or that went out of business.”

What will Bacelar and the Together Innovation teams advise brands to do in order to stay relevant in the post-crisis landscape?

For a start, she’ll tell them to stop using Zoom.

“You see everybody scrambling to connect, to host online events. No one has tactics, no one has the correct strategy. So what is everyone doing right now? Zoom,” said Bacelar.

Zoom may well be a great business conferencing tool (it’s been around since 2011 — the fashion world just didn’t pay attention back then), but she would argue that it’s limiting with regard to consumer-facing events, and brands should embrace more up-to-date tools and understand that there’s “a rainbow of possibilities.”

“The most important thing is to catch the technology when it emerges. Some of the brands we’re working with are launching events in the next few months using the next generation of technologies that allow you to curate or authenticate who’s calling in; to host more emotionally driven Q&A’s or do AI networking online,” added the entrepreneur.

Bacelar also points to personalization, micro-retail, virtual reality and SMS marketing as concepts that brands will need to embrace to adapt to the new normal.

“Everyone is so obsessed with social media, but social is a moving target, it’s just a touchpoint. Text marketing is golden, especially right now, because it’s incredibly emotional. I read every text message I get, while I don’t read my spam box. Even my 11-year-old has a spam e-mail for retailers,” said Bacelar, pointing to Attentive, a platform that allows brands to send personalized texts.

“The moment you remove the physical stores and social media, brands don’t know what else to do, because that’s all they think about.”

Personalized “complete the look” services, powered by artificial intelligence and using the knowledge of fashion merchandisers will also be a necessity more than an add-on, as shopping increasingly moves online.

“It’s the use of artificial intelligence to create similar results to what you would put on a mannequin in the store. When Adidas implemented it, they had a sales lift of 4 to 9 percent. It’s free money,” said Bacelar.

The same can be said for virtual try-outs, which have become a mainstay in the beauty world, with customers now able to try everything from a foundation shade to a lipstick online. As the technology becomes more sophisticated and realistic, it will become more relevant to fashion, too, with Gucci already introducing the service on its app for customers to try its shoes virtually. 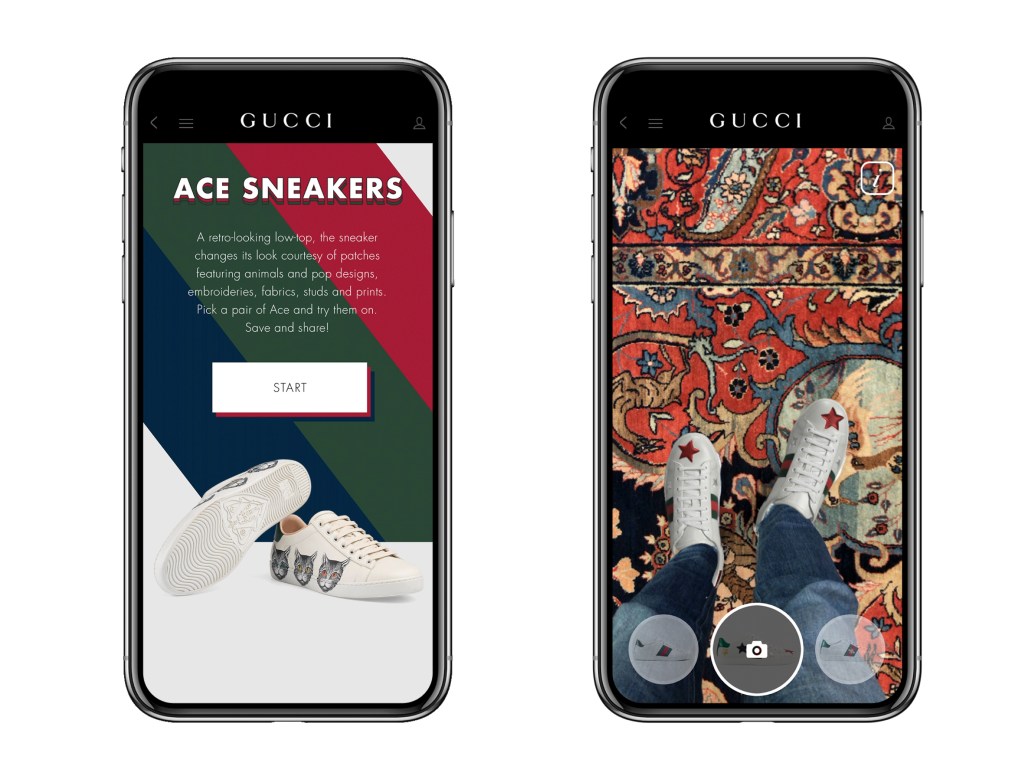 As for physical retail, Bacelar says the brick-and-mortar store will still be around, but physical spaces will need to become more strategic, with the concept of micro pop-ups and retail experiences gaining new relevance.

“We’re going to see a lot of closures in retail, especially in the United States. There are a lot of nonstrategic physical spaces. When you see how a start-up opens stores, they look at the data first to decide where they’re going to open the store and how big it’s going to be. That’s not how most stores have been opened. Data has never been there, so those stores are going to close, but you’re not going to see the removal of physical retail,” said Bacelar.

“When we talk about stores being experiential, it’s not a gimmick or a single event. It’s deeper than that. It’s about the stores as places of brand connection, discovery and emotion, where you go to get more of the story. You can do that without touching, in a variety of creative ways,” she added, pointing to companies like Social Vend, which provide smart vending machines, now updated with antibacterial films to ensure health and safety.

But for these innovations to be put into place, a mind-set shift needs to take place first — particularly in the luxury fashion domain, which has been the most resistant to change according to Bacelar.

Evaluating return on investment and how to allocate resources, is where luxury businesses urgently need to adopt a new way of thinking, she said. 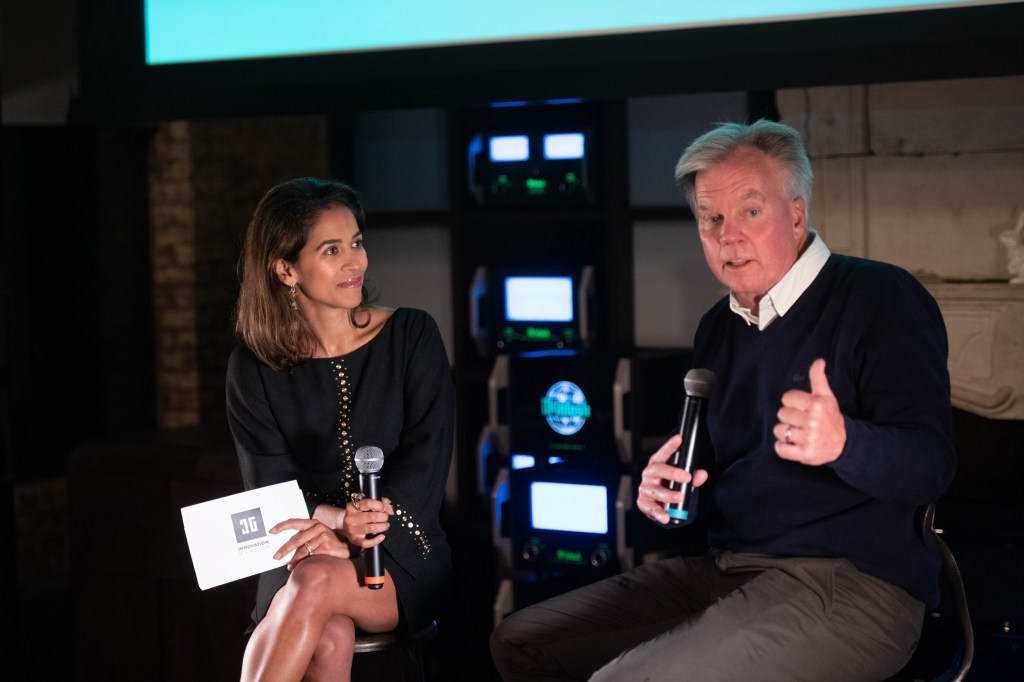 “I worked with a brand, and when [it came to] their fashion show, they had 300,000 pounds allocated to the production of the show. But when we discussed a 10,000-pounds technology (investment) to link the show to e-commerce and make it shoppable, they told me that they didn’t have the budget. That’s a business that does not deserve to live today,” said Bacelar, who believes everyone will have to reprioritize their own e-commerce channels and start investing in simple technologies to make them personable and allow direct communication with customers.

“The actual look and design of how navigation works is going to change. We’re really going to keep on going to a place where you can just talk to the site,” she added.

She also pointed to the importance of chief innovation officers within fashion firms, a role that exists but remains “ill-defined” or not supported by all key stakeholders: “The chief innovation officer needs to be everyone’s best friend. It’s the person who empowers everyone to go over the challenges they face as things keep changing. They’re the chief change officer.”

At the end of the day, it will be a question of who is willing to transform and let go of their old ways, as the pandemic accelerates the speed of change.

“COVID is a revolution that we’re seeing today. There’s another [digital] revolution that’s coming as a result that some people might say is not going to happen, the same way they said they would never leave their BlackBerry behind. But there’s no back-to-normal anymore: Whatever February 2020 was, it’s gone. So how do you position your business to address this new consumer?” said Bacelar.