Early access for the fashion game app, with Gucci assets and even an Unia Pakhomova avatar, has started rolling out.

Unia Pakhomova, the face of Gucci, will appear as a game avatar in Drest.

High fashion is no joke, but it can be fun and games — at least according to Drest, which just soft-launched a styling game app alongside a new partnership with Gucci.

Conceived and developed by Lucy Yeomans, formerly of British Harper’s Bazaar and Net-a-porter’s magazine Porter, in partnership with investor and entrepreneur Graham Edwards, Drest offers a twist on mix-and-match dress-up games: Users can imagine they’re professional stylists at a fashion magazine who are on a mission to craft a designer look that works for their avatars. And, if people like what they see, the app allows them to purchase the clothes.

“You start off like a junior stylist,” Yeomans, the cofounder and co-chief executive officer, explained to WWD. “You’ll have a series of challenges every day — there’ll be a photo-shoot challenge, ‘still’ challenges — and you’re given a brief, which is very much like a news story that you might read on elle.com or Porter.com. And so, if it’s the Met ball in three days’ time, maybe this year, it’s Alessandro Michele hosting it. I think [most coverage] would be like, ‘And here’s what Rihanna wore last year, what everybody wore last year’ or ‘Here’s our 10 most iconic looks from the past.’”

But fashion gamers don’t merely reflect on styles — they participate. They’re given dress codes, the theme for the season or other trend information, like colors. “Now you go and create an incredible look,” Yeomans said. “What I wanted to do was give a much broader audience of fashion lovers the ability to access all the tools that I had at my fingertips as an editor.”

Gameplay involves dressing avatars for on-location photo shoots, with more backgrounds available for purchase or as rewards for “leveling up.” The so-called “still” games allow people to put a look together in a mood board of sorts. 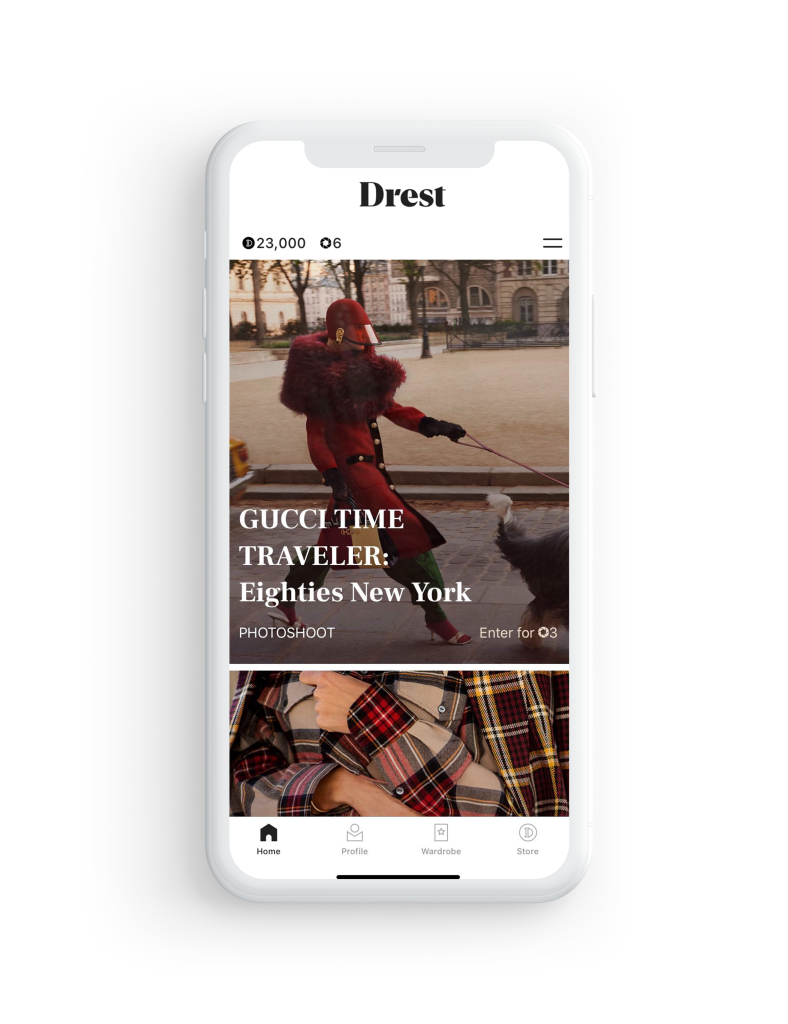 For the soft launch or “early access launch” ahead of the official kick-off early next year, users pick from a limited selection of avatars across five different sizes to dress. Apparel options span 130 or so premium brands, including Burberry, Gucci, Prada, Stella McCartney and Valentino, to name a few, and players can create looks with garments from across different brands. Most of the items come via Farfetch, which also handles the transactions for purchases.

The Farfetch integration acts as a foundation, populating the game. But it’s not the sole funnel of the game’s fashion assets. Drest is also pursuing dedicated partnerships with individual design houses. The first of these is with Gucci.

The company could not be reached for comment, but according to Drest, pieces from the company’s fall 2019 collection will appear as fashion assets within the game. Over the first four weeks, the games center on themes of time and place, including “Sixties London,” “Seventies Paris Rive Gauche,” “Eighties New York” and “Nineties L.A.” The partnership covers six months, but Gucci could extend the relationship.

In the meantime, Unia Pakhomova, the face of the brand, will show up as an avatar, so users can deck her out in the label’s latest. Beyond Gucci, plans are in the works for more avatars featuring real people, including actors, models, influencers and other personalities.

Gaming, in general, has become hot in fashion for everyone from start-ups to buzz-worthy unicorns like Stitch Fix, since they can yield a trove of data covering consumer tastes, preferences and other areas. However, Drest, as a U.K.-based developer targeting an international user base, is ever-mindful of GDPR, Europe’s data privacy regulations. So the company will focus on anonymized or macro trend data, not individual cases. 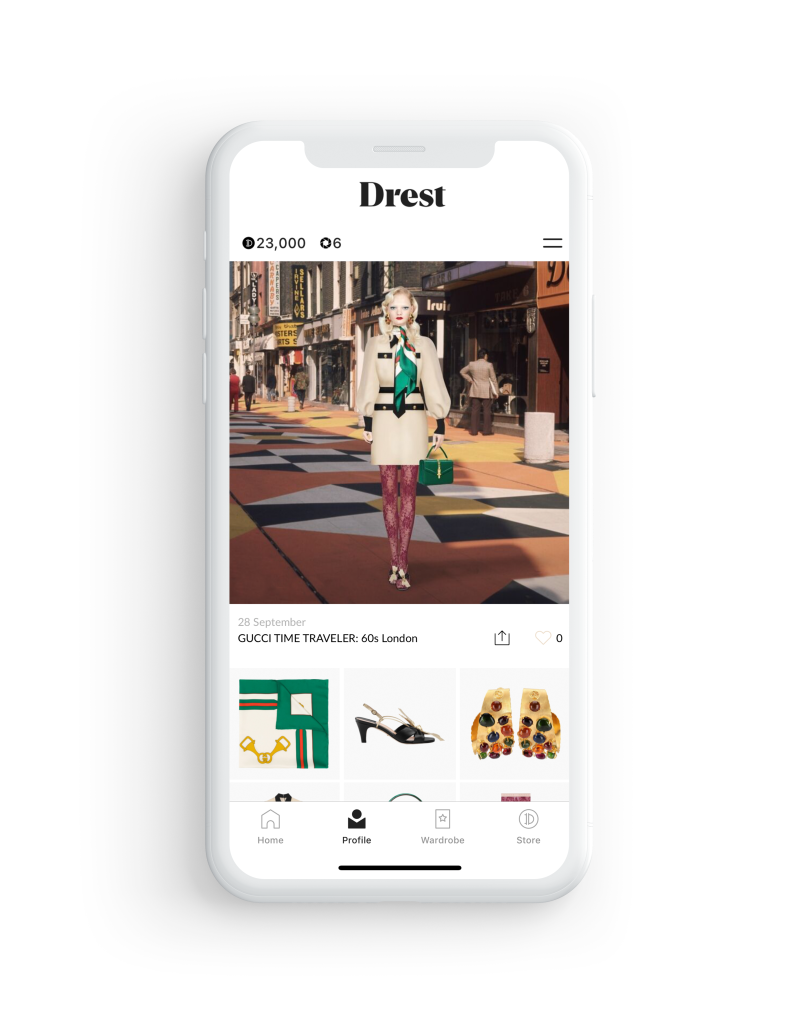 Another view of the Drest game app.

It all speaks to a broader societal push toward gamifying…basically everything. “[It’s] everywhere,” said Yeomans. “I think Instagram is a game. I put it up, how many likes do we get?”

The other technology challenge: Rendering different types of real-world clothing in different fabrics, on different body types. To meet it, Drest uses a blend of high technology and human touch.

“We have some AI in terms of mapping close to the body,” the co-ceo said. The Farfetch integration, which pipes in product photos as well as modeled images, helps. “We pull all that information, and we use AI to manage the body. But then we have a team of researchers hand-retouching it to every single body site, to make it as good as it possibly can be,” she added. “It’s a mixture of the tech and the old-fashioned. [It’s] artistry to make sure that each piece is fitting and draping in the correct way.”

The human touch matters in more ways than one. Drest plans donate 5 percent of every in-game micro-transaction to a range of causes — in some cases, for the pet charities taken up the supermodel partners who’ve contributed their likenesses. In others, the causes are those close to the company’s heart, like mental health, body positivity, female empowerment and digital responsibility.

The goal: Using fashion as a force for good.

“About our casting of supermodels — we’ve really chosen not just supermodels, but role models for girls that stand for something,” Yeomans added. “I love this idea of dress, not just being well dressed and not just what you wear or what you look like. But also about what you say, what you stand for, how you bear yourself in the world.”

For now, the soft launch requires signing up for a wait list, as the company is testing and learning in advance of its full launch in early 2020.