Upcoming Lexington 2 and Bradshaw 2 are ready to talk phone calls, plus sporty MKGO gets upgrades.

When comic hero Dick Tracy first talked to his wrist, it set generations of technorati on a hunt for strap-on communication gizmos. Recent smartwatches are finally gearing up to deliver. And some are on a mission to prove that cool function doesn’t have to meet clunky form.

Case in point: Michael Kors is about to unveil new additions to its Access smartwatch collection. The Lexington 2 and Bradshaw 2 smartwatches will support voice calling through paired iPhones and Android phones. The official announcement is expected Thursday. 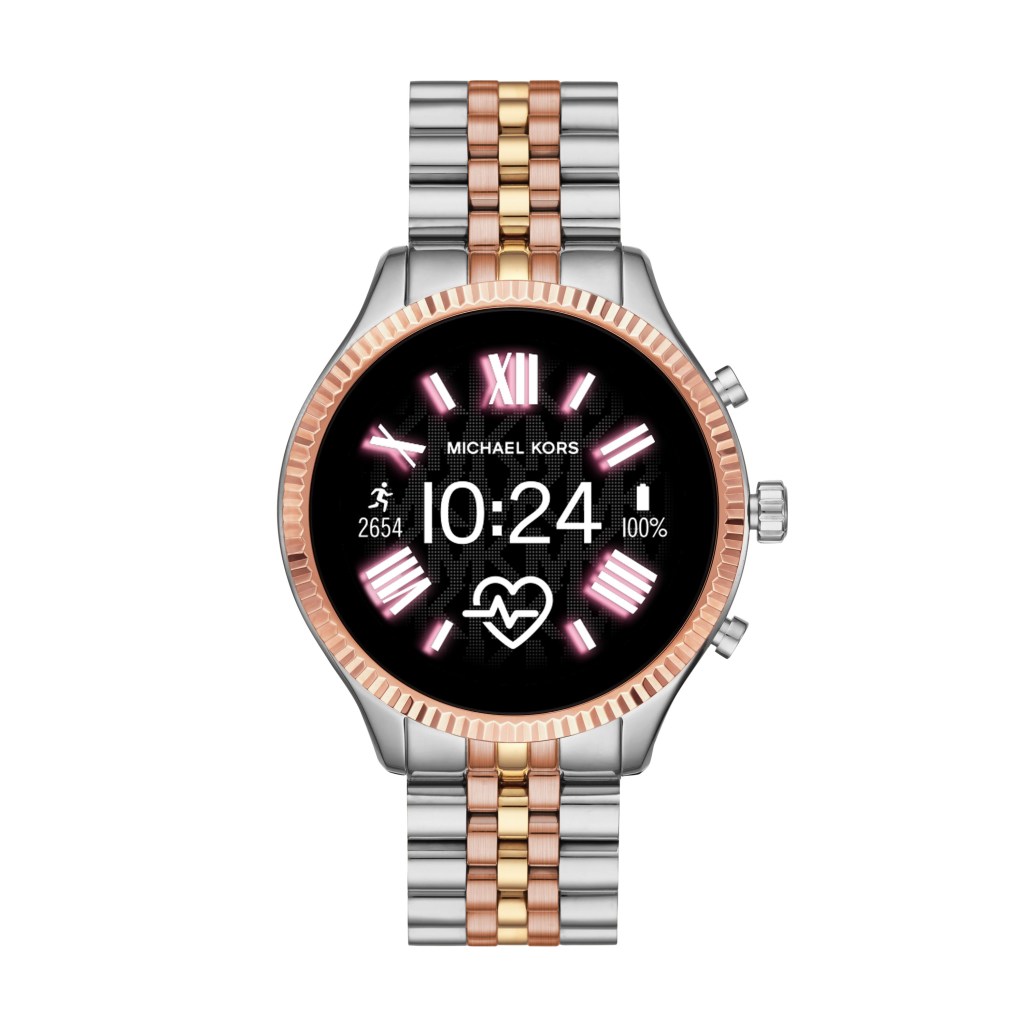 Lexington 2 comes in a variety of looks, from single tone metals to accented styles.  Harper Ewing

The devices aren’t the brand’s first smartwatches — as fans of the female-friendly Sofie and Runway models can attest. But the new wearables take the larger Lexington and Bradshaw analogue watch designs into digital territory.

Like Fossil’s fifth-generation smartwatch, Michael Kors, a Fossil Group partner, will reveal a new speaker that supports phone calls, along with a set of battery-sparing modes. The updates come from a slew of upgrades, including Qualcomm’s latest Snapdragon Wear 3100 chipset and Google’s Wear OS with voice tech Google Assistant.

Early adopters and technophiles have long clamored for calling features from watches, but it didn’t gain broader momentum until Apple Watch Series 4 showcased it in 2018 as a stand-alone feature, with no need for an iPhone nearby. The action on Fossil and Michael Kors devices work differently. Both rely on Bluetooth Smart pairing to iPhones and Androids, hooked through a dedicated app that will arrive at some point later. (Michael Kors promises its proprietary app will launch sometime in September.) 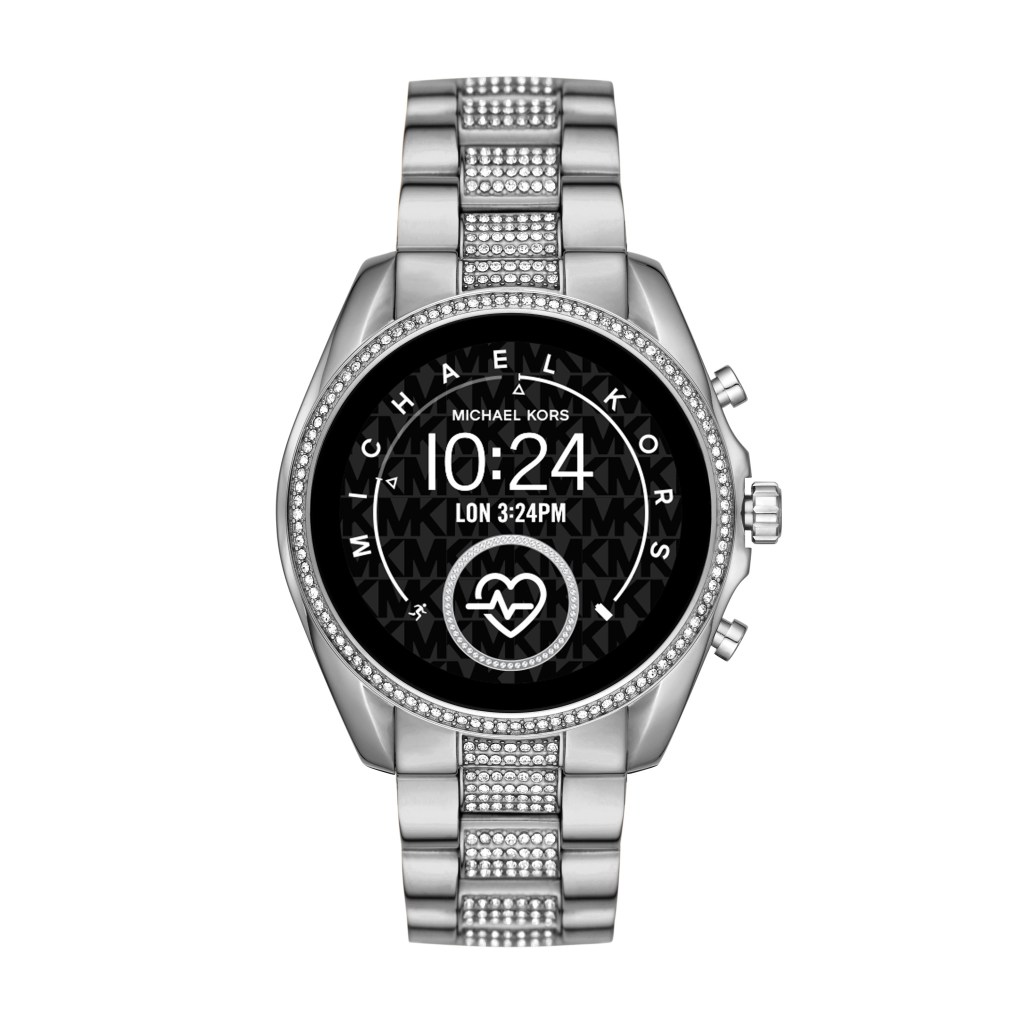 The speaker works for more than just calling. It also allows Google Assistant to respond to commands, and can play music or alerts.

The 44-mm. stainless-steel watches are also swimproof, feature 8 GB of storage and work with devices running Android 4.4 or above or iOS 9.3 or above.

The batteries, capped at a modest 310 mAh capacity, manages to offer more life, thanks to the Qualcomm processor and power-saving modes. The company promises 36-hour battery life that can go up to a week in clock mode, along with fast charging. There are four modes in total: extended, daily, time-only and custom. Meanwhile, a slew of sensors allow heart-rate tracking, mobile payments, untethered GPS features, altimeter and more.

The Bradshaw 2’s wristband seems a hair larger than the Lexington 2’s, with a lug width of 22-mm. over the latter’s 20-mm. The designs will be available in tones and accents of gold, rose gold, stainless steel and gunmetal.

Michael Kors will also announce updates for its aluminum MKGO “sportwatch” with silicon straps. Like the other smartwatches, the upgraded MKGO gets Qualcomm’s latest power-saving 3100 chipset, and offers heart-rate monitoring, swimproofing and GPS tracking, as well as mobile payments and Google Assistant voice support. The unit doesn’t have a speaker and won’t support voice calls, and its storage capacity is smaller, at 4GB. But at 350 mAh, it offers more battery capacity. 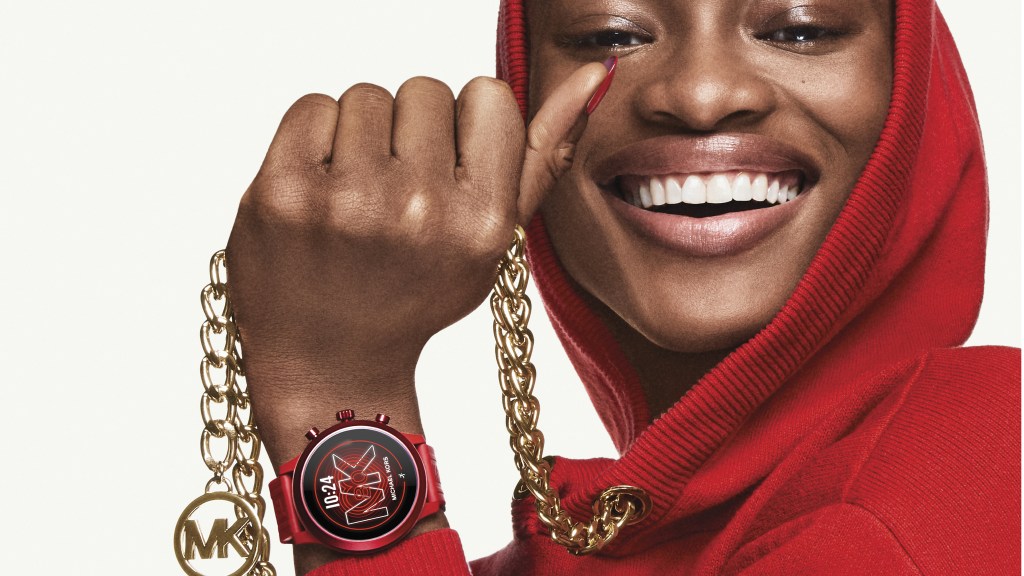 All three smartwatches feature “My Dials,” a new “micro app” from the brand that can automatically choose creative watch faces based on the user’s desired look — whether glam, fashion or sporty — and “My Social App,” which lets users add Michael Kors-themed stickers to their social photo dials.

These updates bring the fashion house’s tech portfolio up to date with the latest smartwatch technology from Google and Qualcomm, at least for now. But Fossil and Google’s partnership, seemingly on some sort of new hybrid-digital smartwatch platform, could kick off another wrist race among the Fossil Group portfolio of fashion partners before long.

Until then, Michael Kors shoppers can ponder the Lexington 2 for $350 or updated MKGO for $295, with the Bradshaw 2 coming in October for the base price of $350. The Lexington 2 and MKGO styles are already live on the brand’s site, ahead of the announcement on Thursday. The company also plans to show the devices at its booth at IFA 2019 in Berlin, which kicks off this week.