“Good Ideas Deserve to Be Found” to hit online, TV and radio spots to plug Facebook’s personalized ads ahead of Apple’s anti-tracking update.

Facebook is spotlighting bag and luggage brand House of Takura, along with other small businesses, in its latest campaign promoting personalized ads.

On Thursday, Facebook unveiled its latest defense against Apple’s upcoming anti-tracking feature — a change that threatens to break ad targeting — with a new campaign called “Good Ideas Deserve to Be Found.”

The goal is “to help people understand how the personalized ads they see help them discover new things they love, and support businesses in their community,” according to the company, which will start running spots online and on TV and radio on Thursday that will run for 12 weeks.

The TV ads, created by Droga5 and voiced by Grace Jones, will spotlight small businesses and the impact of personalized ads. “And yet for every big idea that rose to wild acclaim, there are so many more that never found their fame,” the model-singer-actress said in the commercial.

Facebook is waiving fees for businesses selling with Checkout on Facebook or Instagram Shops through June, a move similar to its previously announced fee suspension for paid online events, which runs until August.

In addition, it’s providing more resources and information on personalized ads in its Business Resource Hub and Facebook and Instagram dashboards, making its Ads Manager easier to use, releasing new tools to help local restaurants and spinning up a new Instagram sticker and #DeserveToBeFound hashtag on Facebook to promote the campaign.

The effort focuses on small businesses such as Houston-based House of Takura, a bag and luggage company that supports African textiles and causes. In a Facebook press briefing, founder Annette Njau said personalized ads let her advertise like a bigger brand and help her business.

“I’m not Louis Vuitton or Chanel … we can’t just blindly throw away money,” she said, adding that Facebook’s approach to ads “leveled the playing field for us.” But now she’s afraid of how Apple’s updates may change things. 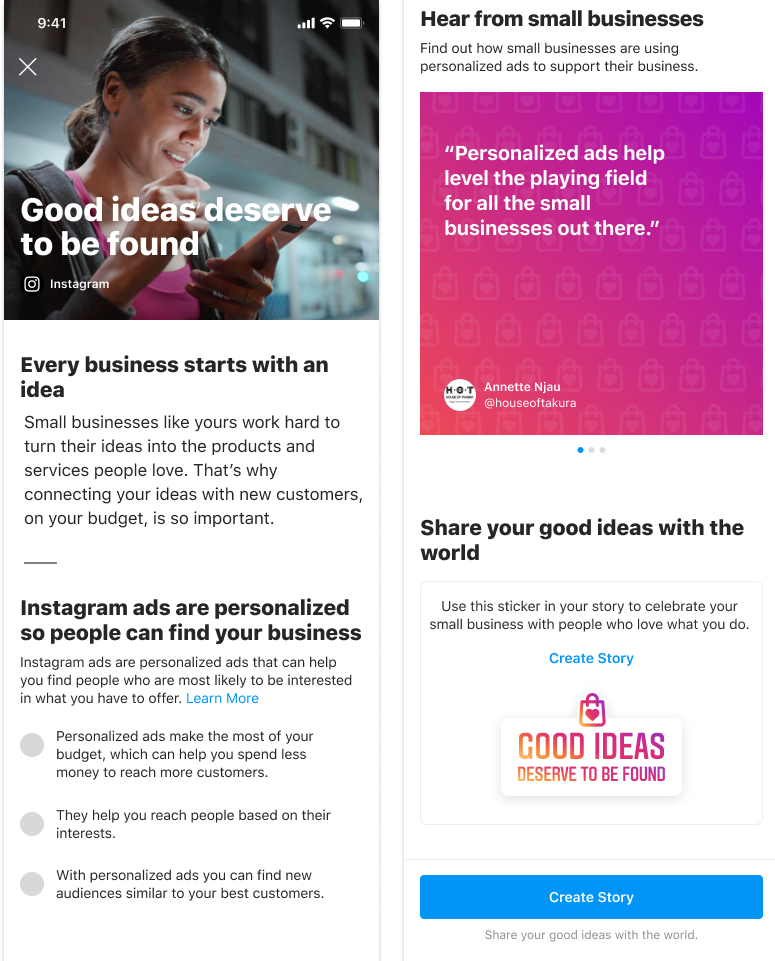 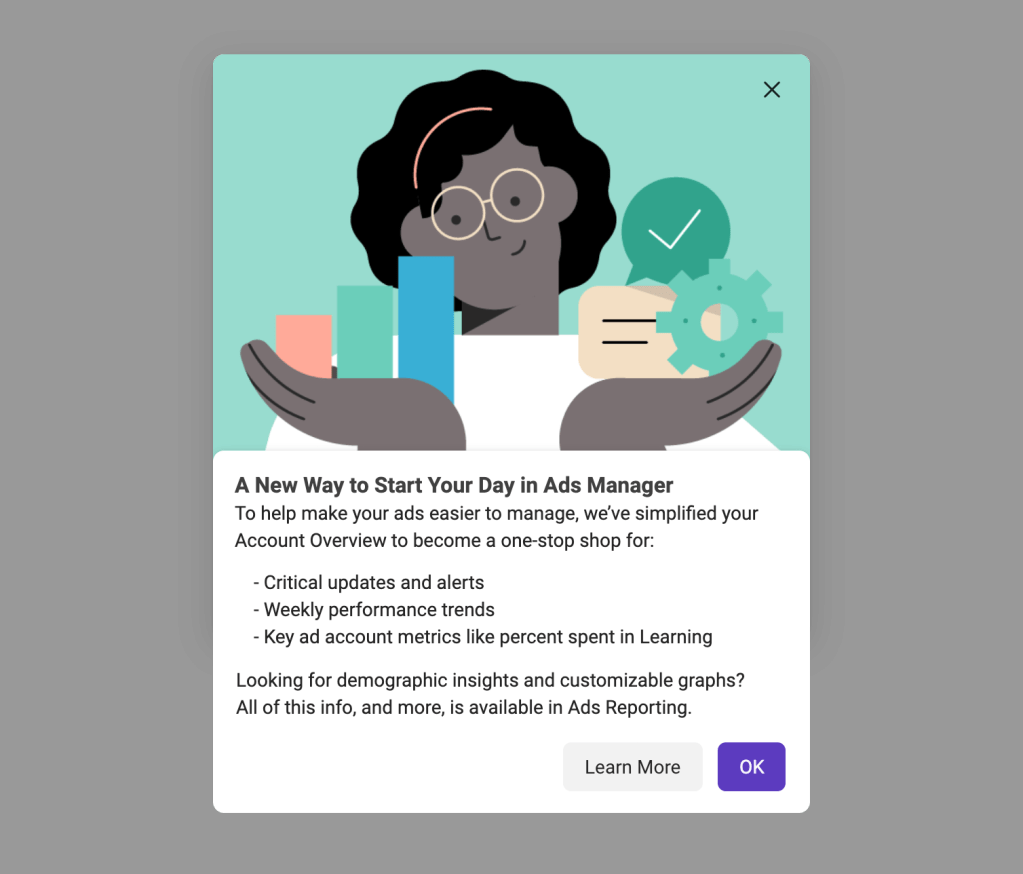 Facebook streamlined Ads Manager to make it easier to use.  Courtesy image

That’s precisely the sort of narrative that Facebook hopes will help defend its own business in the face of the iPhone’s App Tracking Transparency feature, expected to launch sometime this spring.

There’s no question that ATT — which will require developers to ask users to opt in to tracking for purposes like mobile advertising — has rattled the social media giant. The company has been publicly criticizing Apple over the change for months, and in a January earnings call, chief executive officer Mark Zuckerberg explicitly framed it as an intentional bid to undermine the social giant’s business while boosting Apple’s own.

“Apple has every incentive to use their dominant platform position to interfere with how our apps and other apps work, which they regularly do to preference their own,” Zuckerberg said at the time, “and this impacts the growth of millions of businesses around the world, including with the upcoming iOS 14 changes, many small businesses will no longer be able to reach their customers with targeted ads.”

The next day, Apple CEO Tim Cook threw shade at Facebook at a data privacy conference in Brussels. “If a business is built on misleading users, on data exploitation, on choices that are no choices at all, it does not deserve our praise. It deserves reform,” he said.

Now Facebook is going beyond mere headlines and business stories with a marketing campaign aimed at the public. And it’s launching during a critical period, as Congress weighs how to deal with Big Tech’s excesses.

The tech sector may be used to fielding criticism over its conduct, as it has done for years. But simmering suspicions have boiled over with lawmakers on both sides of the aisle now zeroing in on major issues, including user privacy and antitrust.

In his opening remarks Thursday for the new Congress’ first House antitrust hearing, Democratic chairman David Cicilline pledged that “we will work on a serious bipartisan basis to advance these reforms together.” He and Republican ranking member Ken Buck cued up several pieces of legislation, including new rules that dedicate more funding to antitrust oversight and enforcement and aim to boost interoperability between platforms. The idea is to keep people from being locked into, say, one app or another, and include provisions that allow users to take their data with them.

Facebook has said that it’s in favor of some sort of regulation. But it’s a somewhat awkward position, considering the social media company’s moves in other regions.

Facebook recently blocked the sharing of news stories in Australia as a reaction to proposed legislation that would force tech giants like Facebook and Google to pay to link to news sites. The company lifted the ban after reaching a compromise, and on Thursday, news broke that the Parliament of Australia passed legislation that now gives tech companies more time to negotiate deals before third-party arbitration kicks in.

This week, Facebook finally reversed course on years of allowing Myanmar’s military to stoke hatred against the Muslim Rohingya on its platform. The tech company has now banned the military, but it took a coup overthrowing the country’s democratic government weeks ago.