The environment stands to benefit as fashion brands step up digital strategies to make up for coronavirus travel restrictions.

By Joelle Diderich and Lily Templeton
with contributions from Alessandra Turra
on March 11, 2020

PARIS — As companies struggle to deal with the negative impact of the coronavirus, there may be a silver lining to the crisis: Fashion brands are stepping up digital strategies to facilitate doing business long-distance, with potentially beneficial long-term effects for the environment.

Standing in the Louis Vuitton show venue on the last day of Paris Fashion Week, chairman and chief executive officer Michael Burke said the house acted fast to compensate for the expected absence of 100 buyers and communications people from China, Japan, South Korea and the U.S. at its showroom the day after the show.

“Everything’s been digitalized so you can zoom in on every product,” he said of Vuitton’s digital virtual showroom. “It would have taken me two years to get it done, but for the coronavirus.”

Burke noted that attendance at the show, usually one of the highlights of the Paris season, was down by a third as editors and buyers canceled or shortened their trips to Europe because of restrictions linked to COVID-19. But he added that it raised interesting questions about the need to travel intensively all year round.

“It’s going to raise the bar for everyone. My prediction is that in the future, you’re not going to have to come to every showroom,” he said. “Pre-collections, once you get used to doing it online, they’ll be just as well done as if you had been there in person. That’s the goal. You want the online working to be as good as in person.”

Burke expects that e-commerce sites will also improve as a result of the sharp drop in foot traffic to brick-and-mortar stores. “The e-commerce will benefit from it. You’ll see, within two, three months, all online sites will become a lot better because everybody had to scramble and get everything online,” he forecast. 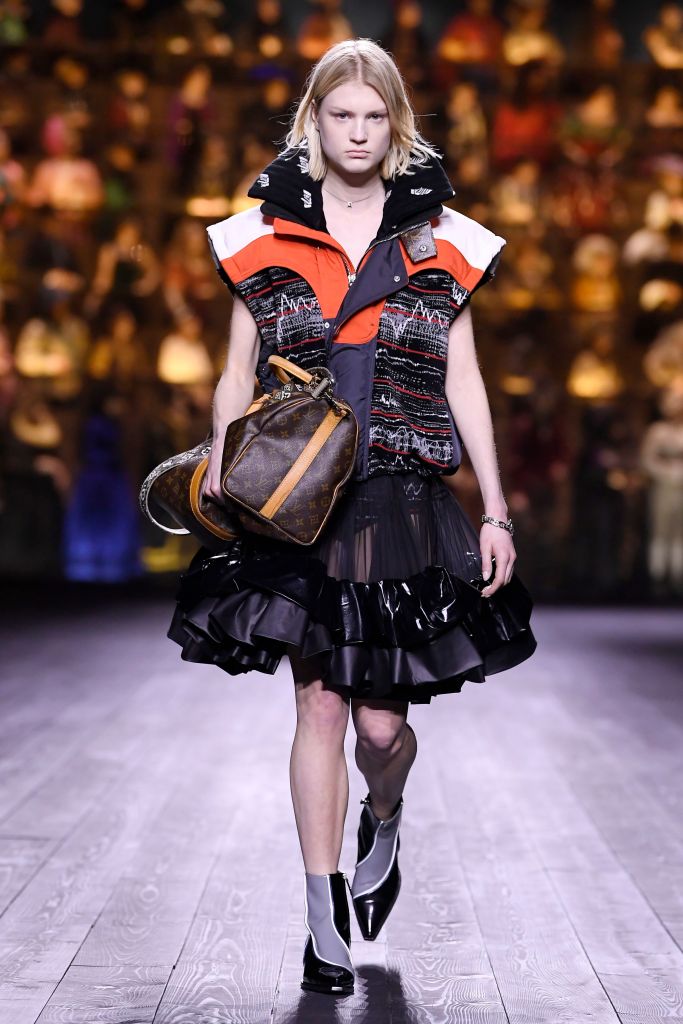 To be sure, brands large and small have been working fast to compensate for lost opportunities for face-to-face interactions.

Joor, the digital business-to-business wholesale marketplace, has entered into a strategic partnership with online wholesale buying platform Ordre.com, which is deploying its Orb360 technology to provide buyers with a 360-degree view of each product before placing online wholesale orders.

“In light of the extensive travel restrictions the industry is currently facing due to the coronavirus, this partnership is expected to accelerate the use of virtual showrooms as an important new channel for the business of fashion alongside traditional physical showrooms,” the companies said in a statement.

Kristin Savilia, ceo of Joor, said that when the COVID-19 outbreak started in China, European brands requested more accounts so their Asia teams could go digital. The platform serves more than 8,600 brands and over 200,000 retailers across 144 countries.

“This difficult period has shown how digital transformation needs to happen across the industry, not just at the consumer level — where it’s been focused so far. People need to take stock and learn how to go digital. By bringing data upstream, it allows for better decision-making at all levels, not just when merchandise hits the shop floor,” she said.

“People are starting to realize that you don’t have to travel to every single event. In a global, digital world, the calendar could use some changes — that’s a message I’ve heard across the board, especially from buyers,” Savilia added.

Initially, the partnership will allow wholesale buyers with the Joor Pro package to see Orb360 images in the Joor desktop and iPad app. Later this year, retailers will be able to transfer the images to their own e-commerce sites.

Simon P. Lock, founder and ceo of Ordre.com, said the COVID-19 outbreak had served as a catalyst for existing industry concerns. “It’s common sense to have a digitized B2B channel. Buyers are finding it increasingly difficult to travel to fashion weeks, even before COVID-19. There was frustration with the infrastructure,” he said.

The fashion industry emits 241,000 tons of carbon dioxide equivalent — a measure used to compare the emissions from various greenhouse gases on the basis of their global-warming potential — annually from the travel associated with wholesale buying practices, Ordre estimated in its recent “Zero to Market” report.

Travel to New York Fashion Week accounts for 37 percent of all carbon emissions, followed by Paris (28 percent), London (18 percent) and Milan (17 percent). “It’s substantial. We did that to shine a spotlight on the industry, to say there’s got to be a better way and one of those ways is to create a digital platform,” Lock said.

Among Ordre’s suggestions for making fashion week schedules more sustainable is combining men’s and women’s events, and showing main and pre-collections at the same time.

Meanwhile, fashion shows, showrooms and presentations can be optimized by limiting locations to defined areas, encouraging the use of shared venues, establishing sustainable production codes, and embracing digital technology to present collections, it said.

The experience of the last few weeks has proved digital platforms can be highly effective.

The Italian Fashion Chamber reacted to the COVID-19 crisis by creating the “China, we are with you” initiative, live-streaming runway shows and presentations, including behind-the-scenes content and interviews, on both the chamber’s web site and Chinese online platforms Tencent and Weibo.

According to Italian Fashion Chamber president Carlo Capasa, 16 million people watched the shows live on Tencent and an additional 9 million users accessed the content via Weibo. Nonetheless, he didn’t think digital fashion weeks will fully replace physical ones in the long term.

“It’s a fact that when an initiative is so successful it’s really hard to go back. I think we inaugurated a new phase where the physical and the digital will perfectly coexist,” he said.

Meanwhile, Paris Fashion Week organizers made their Instagram account, which has 405,000 followers, available to Asian brands who had to cancel their shows, in addition to broadcasting shows on Weibo.

While there were no global figures regarding digital attendance at Paris Fashion Week, a number of brands — including Shiatzy Chen and By Fang — also reported using social media to compensate for canceled shows. 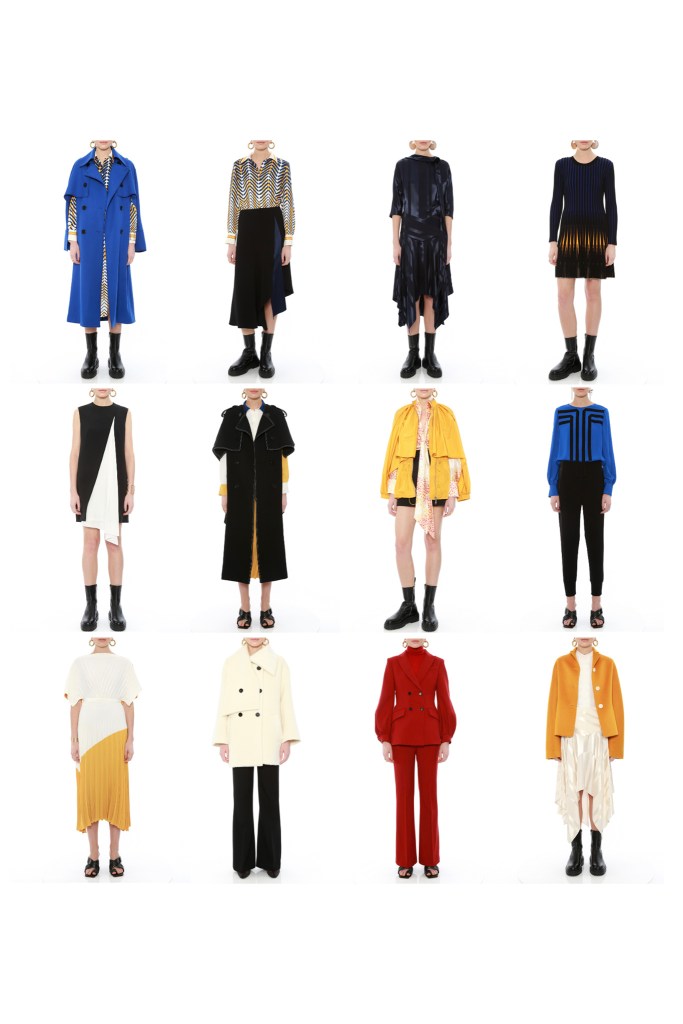 Looks from the By Fang fall 2020 collection.  Courtesy Photo

Fang Yang, designer of By Fang, said it was doing a two-hour live broadcast with Chinese buyers from its Paris showroom. “We need to go with the flow,” she said. “The whole team is thinking a lot of how to factor in the digital market, how to position ourselves. It’s new to us, but we are excited.”

Eric Young, founder of Shanghai boutique Le Monde de SHC, said it was also upping its use of social media to compensate for a sharp drop in physical trading.

“Members of staff try on the clothes and I will talk there and make a commentary, like a talk show,” he said. “People will see the live-streaming and will contact us to make an appointment. Also they shop a lot over WeChat.”

Fashion show live-streaming is also becoming increasingly important for luxury brands to engage with their audience, especially in China. More than 12 million people watched Dior’s livestream of its fall 2020 collection and more than 100 million posts mentioned the livestream on Weibo, China’s equivalent to Twitter. Dior’s livestream followed that by Giorgio Armani in Milan, although figures for how many people viewed that show have not been revealed.

But not everyone is a convert to the virtual approach.

“It’s always the most important thing to keep doing things in Paris,” Benny Woo, brand director at Anaïs Jourden, said at the HKFG showcase organized by Fashion Farm Foundation (FFF), a Hong Kong-based non-profit dedicated to the creative industries. “The fashion schedule is something you should respect, that’s something we all survive in.” 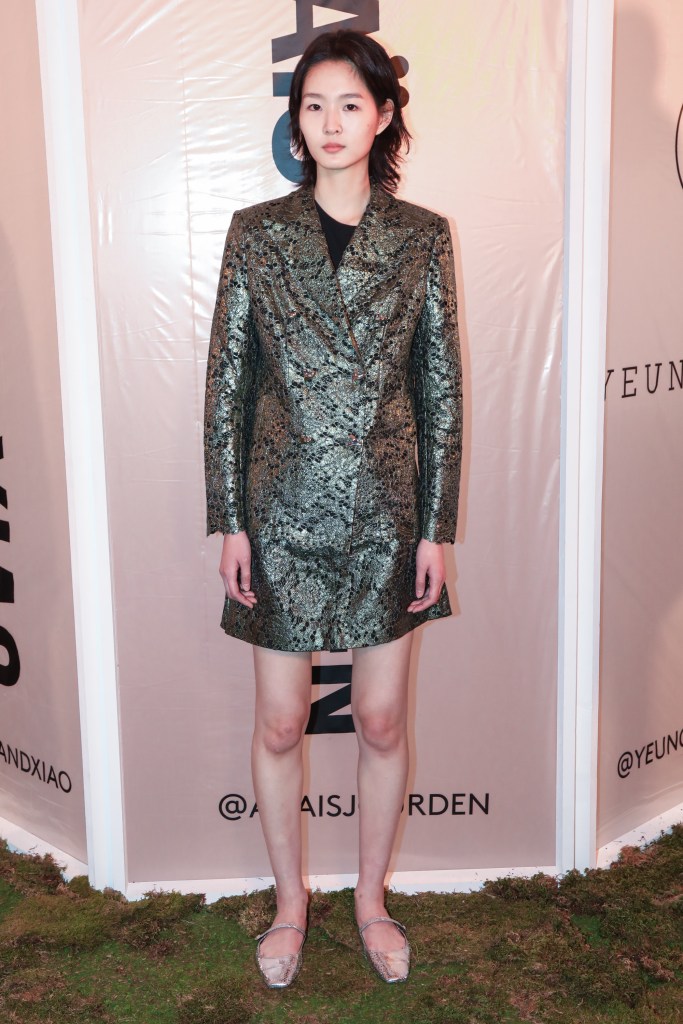 The HKFG event featured solo presentations for Ka Wa Key and From Another Planets, as well as a showroom for six other Hong Kong-based brands, including Anaïs Jourden. “Physicality is always important when it comes down to clothing, because at the end, it’s something you wear on your body,” said Woo, although he acknowledged that social media has changed everything.

“We are starting to almost migrate into the whole virtual world. I mean, down to the core, no matter if it’s physical or digital, for our brand for example, we are always dealing with the emotions and aspirations of girls,” he added.

Linda Fargo, senior vice president of the fashion office and director of women’s fashion and store presentation at Bergdorf Goodman, was one of many buyers who shortened her stay in Europe in light of the escalating situation. She praised brands for their rapid reaction to the crisis, but said it was not a permanent solution.

“It’s been incredibly unfortunate, especially for smaller brands with fewer resources, as they had less exploratory foot traffic, but with existing accounts where there’s a familiarity with the quality and fabrics, this digital buying mechanism has been an acceptable and useful temporary substitute,” she said.

“Will this unusual process replace the norm of physical market in the future? It calls to mind the argument of the value of the runway. While the technology will undoubtedly refine and improve, and hence more clearly portray product, there’s no substitute for the physicality of product,” Fargo argued.

“For all the access and speed and ease of digital, design and product are still best appreciated physically. One can assess, sort, buy, discuss and question a collection more accurately and judiciously in person. For now, we look forward to getting back to actual market again and resuming normal travel,” she added.

Julie Gilhart, chief development officer for the Tomorrow Group and president of Tomorrow Consulting, said it had planned to partner with the Labelhood platform to showcase emerging Chinese brands at its Tomorrow Le Palais showroom in Paris, but ended up broadcasting video messages from the absent designers instead.

“To figure out a system and a structure that can work with an absentee buyer makes a lot of sense — not losing business. What doesn’t make a lot of sense is scrambling at the last minute and putting people on a flight with the collection or whatever,” she said.

Creating new bridges is especially important for Chinese designers. “They’re young and up-and-coming and they’re exactly what our community is really looking for. It’s not always going to be easy to go to them. It might not be easy for them to come to us sometimes, so we have to develop a way of being able to communicate,” Gilhart said.

“I think there needs to be some format that’s easy for everybody and that it’s not a subscription or something that you pay to be on,” she added. “If I was the people at Google, I’d be clamoring to figure this out, because then they get all the data, and data is everything.”