As Apple has sold 1 billion iPhones, we look at the impact of the iPhone on fashion. 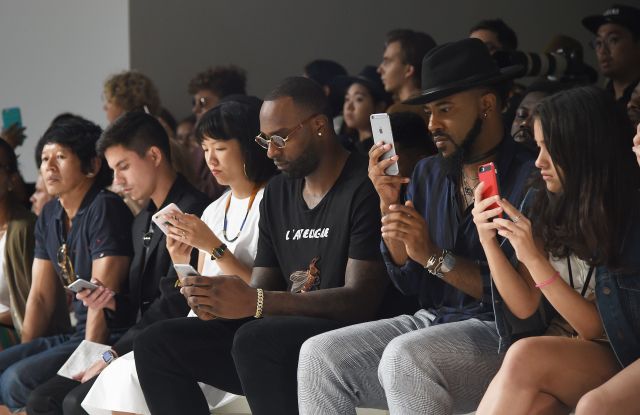 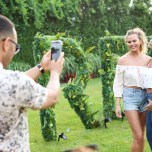 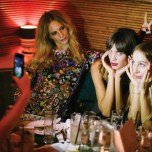 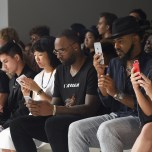 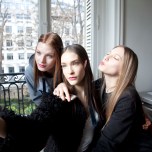 Since ousting the Blackberry as the fashion flock’s gadget of choice in 2007, the iPhone’s disrupted just about every facet of the industry.

The sleek touchscreen device, and its followers, have become the accessory of choice, in addition to a portable shopping mall, a form of payment, a photo and video production studio and a personalized and ever-changing source of pictures, news and ideas that has the whole magazine industry running.

It’s also a tool for texting and making calls, for those who actually still make calls.

And this week, it hit a major milestone. At a meeting with Apple employees at the company’s Cupertino, Calif., headquarters Wednesday, chief executive officer Tim Cook said the billionth iPhone had just been sold.

“We never set out to make the most, but we’ve always set out to make the best products that make a difference,” Cook said. “IPhone has become one of the most important, world-changing and successful products in history. It’s become more than a constant companion. IPhone is truly an essential part of our daily life and enables much of what we do throughout the day.”

As if fashion followers needed any convincing.

The iPhone has become just as much an accessory to the front row as the statement shoe and a disinterested affect. And many designers have sought to dress it. Coach, Just Cavalli and Michael Kors are just a few of the brands that sell iPhone cases and accessories.

The iPhone has also prompted at least some grown men to finally adapt to pink, clamoring for the rose gold — or “bros gold” — iPhone 6s. It’s acted as something of a digital diplomat between the worlds of fashion and tech — Fashion editor Nina Garcia and “Project Runway” recently linked up with OtterBox, and the Met Gala lit up with Apple. A couple years ago, designer Elie Tahari was so enthusiastic about the device that he attached 50 of them to a black dress.

It’s helped fashion bloggers Man Repeller and The Blonde Salad and scores of others branch out into the world of photography. It’s also helped “It” girls and models edit their way to millions of follows. It’s inspired a slow-motion frenzy, after Instagram’s Eva Chen filmed the front row of fashion week in 2015.

And it’s brought millions to the fashion circus, as live video from the likes of Periscope and Facebook stream into the hands of average Joelles sitting in their office cubicle. (Related: Before Angela Ahrendts left Burberry for Apple, the British brand filmed a fashion show entirely on an iPhone 5s).

Perhaps most importantly, it’s become a global, on-the-go, mall — the ultimate of “A” doors.

Shopping on the mobile web and in apps is beginning to overtake desktop e-commerce. And with the recent news that Apple Pay would be coming to Safari — the web browser that’s on the iPhone — an “It” bag can be en route to one’s doorstep faster than it takes to summon an Uber.

On the commerce front, the iPhone also doubles as payment advice and does much of the work of credit cards, coupons and more.

To be fair, the iPhone hasn’t done it all on its own. It’s had help from scores of competitors, partners and other parts of the vast digital infrastructure supporting modern life. But what it’s done, it’s largely done with style.

And with a billion units sold, it seems unlikely to be undone anytime soon.