Fossil announces its Gen 5 smartwatch, with better battery and voice — and teased an upcoming platform, in collaboration with Google.

Wearables, like Fossil's fifth generation touchscreen smartwatch, and other emerging techs are set to grow even faster than phones.

Fossil sees its latest, fifth-generation touchscreen smartwatch as more than just a new wearable, but groundwork for the device to act as a sort of mission control for the owner’s home and life. Executives also hinted at a future new watch platform, born from the Google acquisition of some of Fossil’s technology in January.

“We’ve focused, in particular, on the new battery life app that provides a one-swipe access to four different battery modes, solving for extended battery life on a single charge,” said Greg McKelvey, Fossil Group’s executive vice president and chief commercial officer. In total, the yield can go up to more than 24 hours of battery life, according to the company’s press release, and even last for multiple days in extended mode. Among the presets is a “Time-Only Mode,” which can eke out more battery life by limiting functionality to telling time alone, as well as a user-customizable option.

The goal is to offer a simplified, one-swipe experience, so watch owners don’t have to fiddle with numerous screens and interfaces just to change battery settings.

This concept of simplification extends to its support of Google’s Wear OS operating system, too. The software offers a Tile interface, which puts glanceable information and quick actions front and center.

Another highlight, added McKelvey, is the new swimproof speaker. The update allows people to talk to their wrists — iPhone owners included. “We have listened to our customers and focused on substantially improving the experience with iPhones,” he explained. “We have invested in and developed a proprietary app that now unlocks voice calling for iPhone and Android users.” The functionality works through Bluetooth, which means the watch must be tethered to the phone.

Last year, Apple upgraded its Apple Watch speaker and touted the Series 4 model’s ability to interact with Siri out loud and place or receive phone calls. 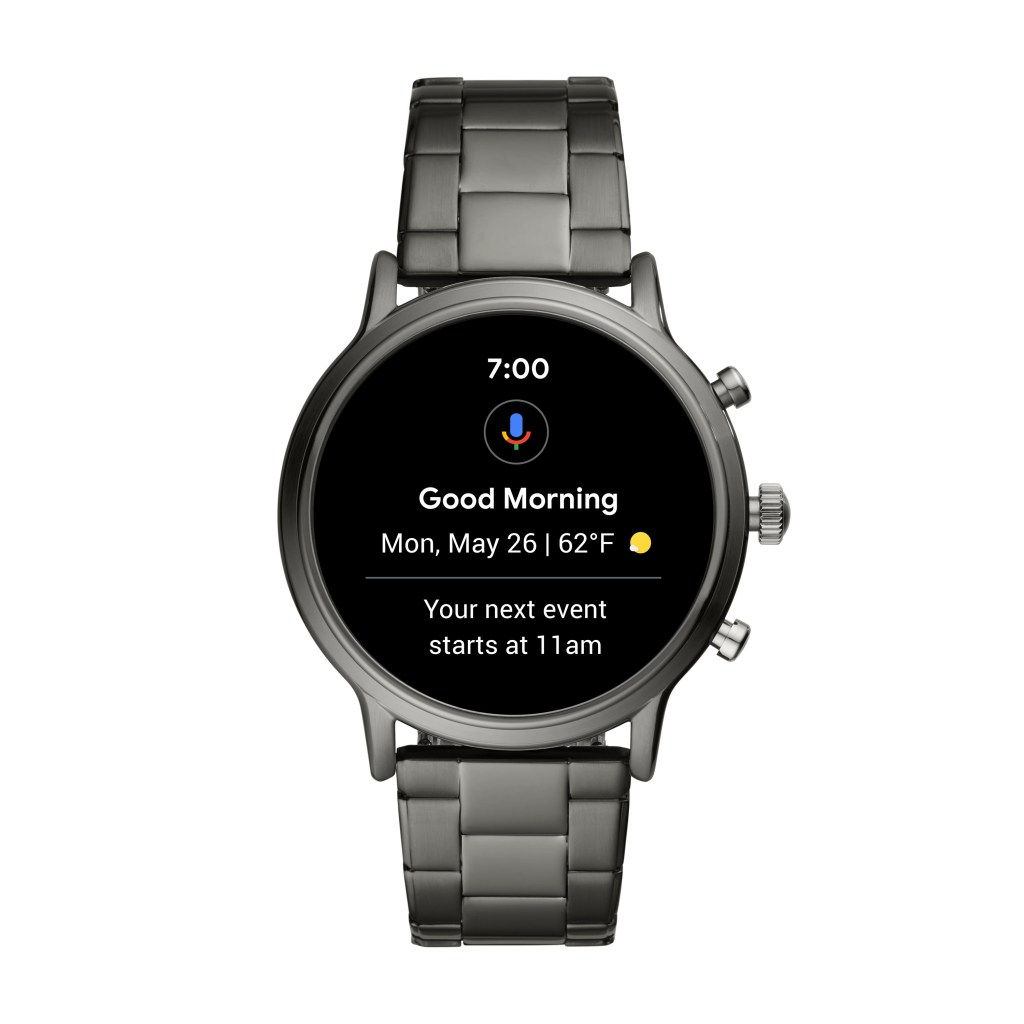 Fossil’s latest offers bite-size information and the ability to speak to the device.  Harper Ewing

The Fossil watch aims to go beyond calling as well. The device ties directly into Google Assistant, the Mountain View, Calif., tech giant’s voice system and foundation for its smart home platform. Ultimately, the idea is to allow consumers to talk to their Fossil smartwatches, whether to get spoken translations on the go or turn on the lights, unlock the doors and set the thermostat.

This integration isn’t the direct result of the Google deal in January, McKelvey said. “This current-gen product has been in development for more than a year,” he added. “The deal with Google is focused on a future platform that is not the current Wear OS generation that we’re talking about here.” Whether that’s the company’s new hybrid watch experience remains to be seen. Fossil teased that its analog-style hybrids will soon offer more features akin to its full-fledged touchscreen smartwatch range, but refused to elaborate.

According to Jeff Boyer, another Fossil Group executive vice president and chief financial officer, the main takeaway is that these efforts point to the company’s “commitment to this category,” he said. “Our expectations are that it will double in size over the next three to four years, and we think we’re really well positioned with our product line, function and fashion, to take advantage of that growth.”

Other changes include upgraded sensors, rapid charging and double the storage to 8GB, as well as 1GB RAM memory. With that, users have more space to download apps and media and experience better performance. It also continues to support popular features, like heart-rate tracking, untethered GPS and Google Pay. Gen 5 will come with a set of auto-installed apps, including Spotify, Noonlight and Cardiogram, which displays heart rate data and other metrics as charts and offers health comparisons to other users. 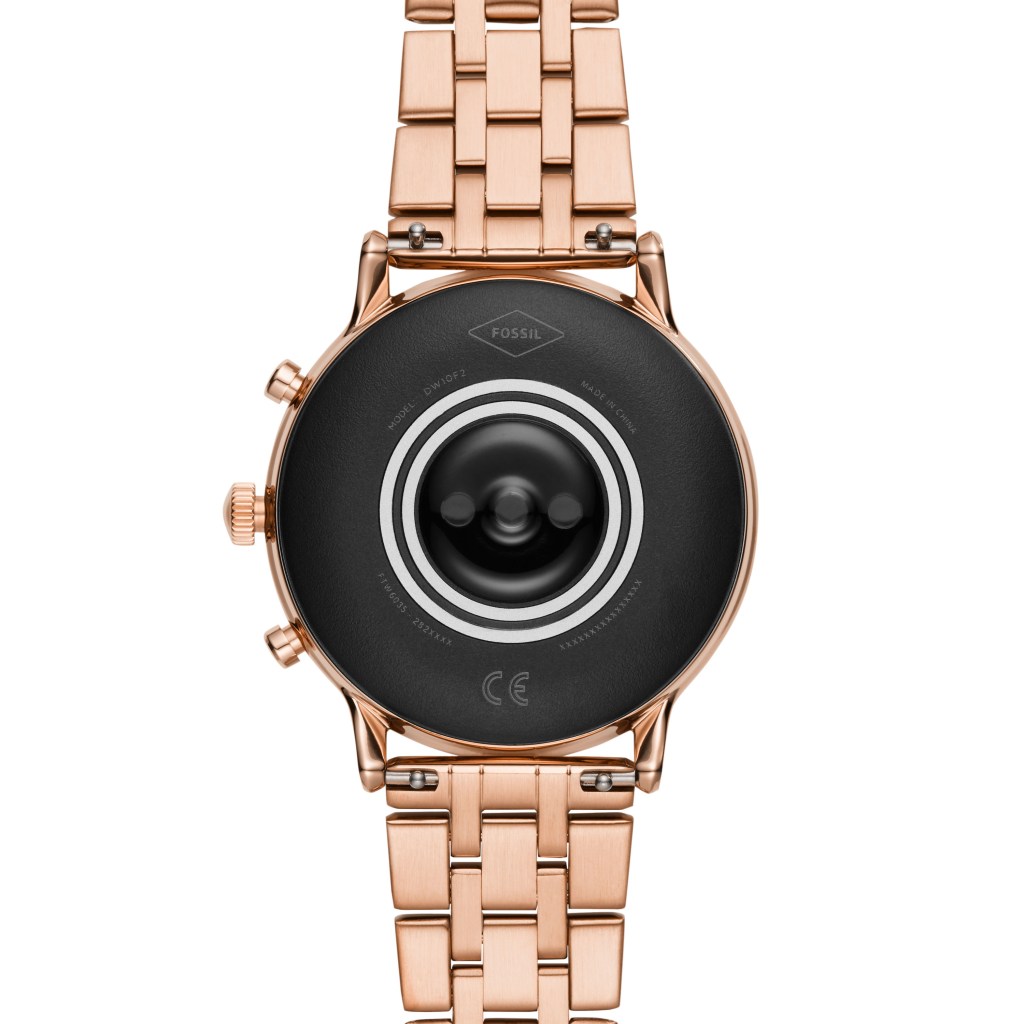