Android Pie can save people from themselves, or so Google hopes. The update could also give retail apps some new powers.

The tech company officially unveiled the latest version of the world’s top mobile operating system, a major update that aims to help users manage their smartphone usage and better safeguard their data. But the software also introduces a feature called Slices, a new form of micro actions that people can trigger through search, instead of launching a full-blown app.

In its official blog post, Google described Android Pie, alternatively Android P or Android 9, as “powered by AI for a smarter, simpler experience that adapts to you.”

The theme resonates strongly in the retail sector, which has been increasingly looking to artificial intelligence, machine learning and other related approaches for customer insights and personalization. The premise is similar on Android, but experienced through a mobile computing environment.

With Slices, developers can give their users easy access to extra content and controls, so people can perform tasks without firing up installed apps and pecking around for what they need. And results can be tailored to their preferences, location or account details. 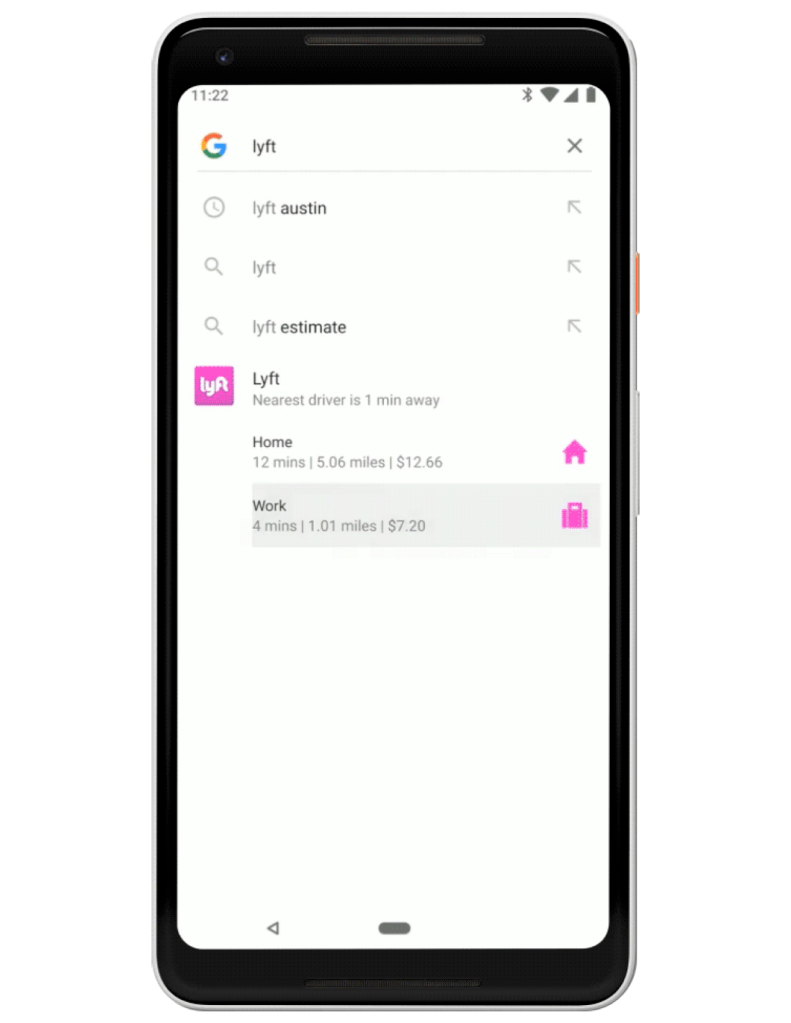 Merchants can use the new feature to help search for items or saved shopping lists, a Google spokesman told WWD. But he advised using Slices to give customers a faster, easier experience. Here are a few practical scenarios involving Slices:

Alongside Pie’s Slices come App Actions, described on Google’s developer blog as “a new way to raise the visibility of your app and drive engagement. Actions take advantage of machine learning to surface your app to the user at just the right time, based on your app’s semantic intents and the user’s context.”

If Slices and App Actions work the way they’re intended, the end result should be users engaging with third-party services more. That’s no small matter, considering the massive explosion of shopping on phones. According to Mary Meeker’s Internet Trends report, a widely read and highly regarded yearly analysis from the Kleiner Perkins Caufield & Byers partner, mobile shopping was the fastest-growing activity on phones last year, with an increase of 54 percent year over year.

Granted, Google and other platform providers — like Apple — are intent on helping users curb their mobile addictions, and while that’s laudable and perhaps overdue, its effects on mobile commerce trends aren’t clear. Presumably, if people spend less time on their devices, it could help tank mobile commerce figures.

But the Android maker, for one, seems to be offering app makers a life line. Even as Google encourages people to spend less time on their smartphones, it’s also helping developers maximize the time that their users do spend there. Those efficiencies could help balance things out — at least in theory. Whether it becomes reality may be more evident later this fall, when Slices arrive.