Google opened its dev conference by unleashing a smorgasbord of announcements and updates for tech, both current and futuristic.

Google significantly upped the stakes in its bid to dazzle the developer crowd tuning into the Google I/O developer conference, taking place this week. The Mountain View, Calif.-based tech company dropped a slew of announcements extending across shopping, Android, Wear OS and more.

For the Wear OS wearable software platform, in particular, this edition marked a major turning point. Google revealed that it has joined forces with Samsung on a new approach that blends the best parts of the old Wear OS platform and the South Korean tech titan’s Tizen software. 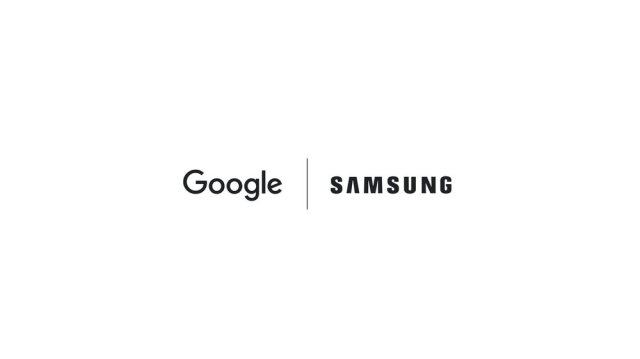 Google and Samsung are joining forces on wearables, the former announced at Google I/O.  Courtesy image

The match looks fitting — major updates for Wear OS have been hard to come by, though it enjoys a bounty of watch apps. Meanwhile, the lack of third-party app support has been a weak spot for Tizen, whose operating system is known for running well and feeling more intuitive. The end result of this mash-up should be better performance, battery life and a more pleasing user experience.

The first device to take advantage of all that will be Samsung’s next wrist gadget, likely the Galaxy 4 smartwatch.

Whether this model will benefit from Google’s Fitbit integration remains to be seen. But there are plans to integrate the fitness tracking technology into Google’s platform at some point, giving the recent $2.1 billion acquisition a destination, if not a timeline. According to Google, the former startup will start putting out Wear OS smartwatches as well.

Fossil — a key wearables partner for Google — was notably silent as the news broke, so it’s not clear whether it will embrace the changes. But considering Wear OS represents a significant portion of its smartwatch lineup, the watch company may not have a choice.

A look at the Tiles interface coming to Wear OS.  Courtesy image

Google also revealed a number of updates related to shopping, including a new Shopping Graph that offers a deeper set of product information, including online reviews and retailer inventory availability. The Google Cloud division opened up availability for Vertex AI, an artificial intelligence tool that makes it easier and faster for companies to spin up new features and services using AI and machine learning.

Clearly, the company is doubling down on its data science chops. But that’s not its only focus. There are other fundamental issues that plague e-commerce — like abandoned cart syndrome — and Google is here for it. Changes to the Chrome web browser will let people see their open carts across the web. Arguably, this is a much bigger deal for retailers than consumers: Several studies point to an average shopping cart abandonment rate as high as roughly 70 percent, amounting to trillions in losses.

Planned retail integrations will give people new abilities to use loyalty club memberships for promotions or discounts at certain stores.

Of course, Google didn’t overlook its smartphone platform. A new look is coming in Android 12 that’s sleeker and more customizable, along with several new features, including a revamped Quick Settings menu, a privacy settings dashboard and fast file transfer with ChromeOS that’s similar to Apple’s AirDrop, among others. 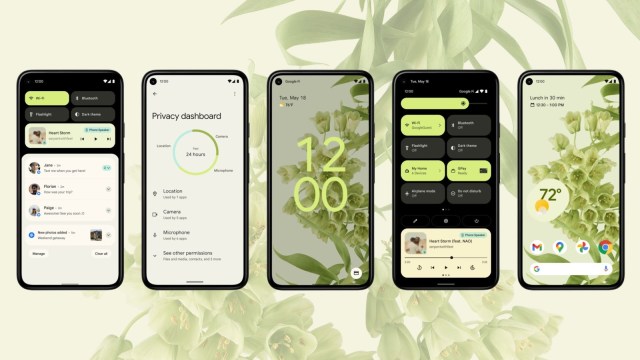 More data will infuse Google Maps to boost its usefulness in Live View and Street Views, including virtual street signs, crosswalks, indoor Live View for areas like transportation terminals and perhaps malls,  contextual information or locations based on factors such as time of day — a coffee spot in the morning, for instance — and other key details and landmarks.

Google Photos is also getting updates, including one interesting new trick: The service, which acts like an image repository for Android smartphone pics, has long been able to stitch sequential pictures together to create short video clips or GIFs. It’s a cool feature that can now use intelligence to fill in gaps between photos to make the action look smoother.

That’s just for starters. The company unveiled a new feature to fight fake news called “About this Result,” which helps users evaluate sources in search results, and a collaboration with Northwestern Medicine on a new device aimed at using AI to improve mammography, among other updates and projects.

One of the most intriguing displays of Google’s tech powers is called Project Starline, a long-term research effort that offers a fascinating look at how people may one day video chat with each other in 3D, like a Zoom call on steroids. The system is capable of transmitting a lifelike, three-dimensional visage of a friend or loved one over remote distances, with stunning realism that makes the user feel like the other person is there in the room.

Google vice president Clay Bavor likened the experience to a “magic window.” Another way to think of it may be as Google’s version of holograms. 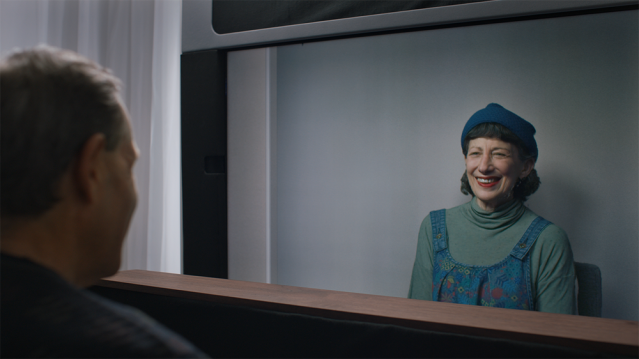 Project Starline’s “magic window” leaves video calls in the dust, with 3D, realistic visuals that feel like the other person is in the same room.  Courtesy photo

Project Starline is not yet a product, and it may never be, but it’s also not just a flight of Google fancy. The company is actually developing this and has been for years, it said.

According to Sundar Pichai, chief executive officer at Google parent company Alphabet, “Using high-resolution cameras and custom-built depth sensors, it captures your shape and appearance from multiple perspectives, and then fuses them together to create an extremely detailed, real-time 3D model.… We also developed a breakthrough light-field display that shows you the realistic representation of someone sitting in front of you. As sophisticated as the technology is, it vanishes, so you can focus on what’s most important.”

The major tech purveyors, including Facebook and Apple, agree that the days of living or working inside a 6-inch screen or computer display are numbered, though this future of telepresence and collaboration is often discussed in terms of augmented or virtual reality.

A viable hologram platform appears to one-up such systems since it doesn’t require high-tech face gear. And it could work alongside AR and VR if need be.

For now, Project Starline is filed under “long-term research.”

On the other hand, perhaps the future is not so far off after all. Other companies — like ARHT Media — have already developed their own holographic platforms.

In the first quarter, the Canadian firm installed its tech in two military organizations in three separate countries. Most recently, it struck a deal with WeWork to bring hologram-based meetings and events to its locations.