Google unveiled its first retail store in New York City's Chelsea neighborhood, in the ground floor of its NYC headquarters.

While physical retail races to meet the surge of online shopping ignited by the pandemic, Google — one of the biggest technology companies on Earth — is diving into brick-and-mortar.

On Wednesday, the search giant revealed that it is opening its first store in New York City.

The location, housed on the ground floor of Google’s New York City headquarters building in Manhattan’s Chelsea neighborhood, was once a post office as well as a Starbucks. On Thursday at 10 a.m. ET, the space at 76 Ninth Avenue will begin its new life as a key Google touchpoint with the public. 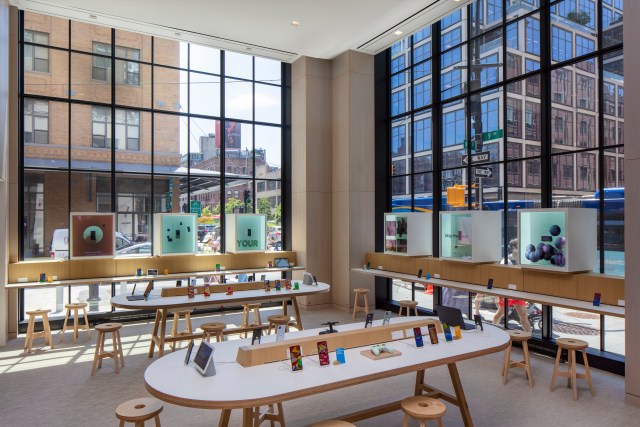 The company worked with architect Suchi Reddy of New York-based Reddymade on a design that’s intentionally clean and minimal in overall aesthetic, to allow the devices to shine. “We did this using the same design principles we use in creating our products, in terms of making sure that the product is helpful and is beautiful, has a sensorial tactile feel to it,” said Ivy Ross, vice president of hardware design, UX and research, in a press briefing on Tuesday.

The shop achieved LEED-certification, thanks to a focus on sustainability for materials such as the flooring, which was made of recycled bottles; energy-efficient lightbulbs and plumbing, among other materials. The company also hired local craftsmen for the furniture.

Google has dabbled with physical retail before, but primarily through pop-ups and other events. Its version of permanent retail now is purpose-built across some 5,000 square feet to showcase the tech company’s ecosystem, from Pixel smartphones and Nest smart home devices to Fitbit trackers and everything in between — including third-party products like smartphone cases and other accessories that work with Google gadgets. 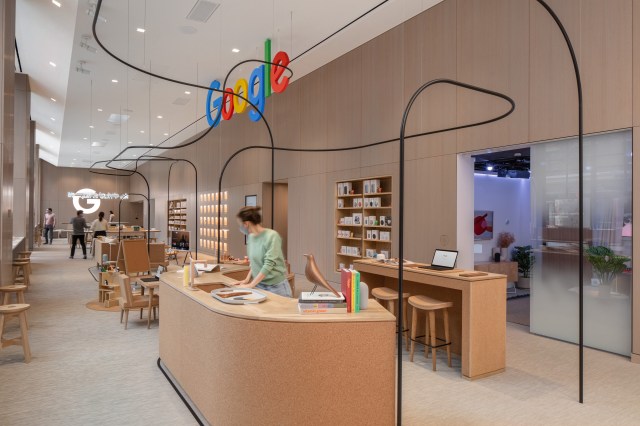 The aesthetic was designed to spotlight Google’s technology and innovation.  Courtesy photo

In a video played during the virtual preview, Ross elaborated on the ethos: “So we really wanted to create a space that was [a] calm and quiet canvas, where you could come and experience all of our products and the different ways that they interact,” she said. “And also to really show our products in context, because we designed them thinking about how they might fit into your life and your home.”

There are walls filled with product — color-coordinated Nest gadgets set in museum-like displays, for instance — and the store carries exclusive Google merchandise that is only available to Chelsea shoppers. 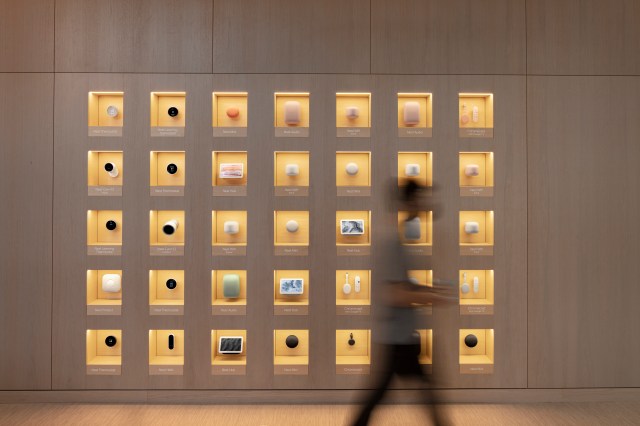 But as plentiful as the merchandise is, the goal isn’t necessarily to push sales. The site acts more like a showroom or experience center, rather than a tech shopping mecca. Multiple stations were designed to let people try out the technologies, and there’s not even a checkout; instead, employees are equipped with devices that can ring customers up. Of course, tech support for Google devices or troubleshooting help is also available onsite.

There’s a natural comparison to Apple’s growing fleet of “genius”-equipped stores, from some of the design elements down to upcoming live sessions. Google plans to hold workshops and classes, as well as other events by local artists and businesses that reflect the neighborhood. From a content standpoint, the programming smacks of Today at Apple.

But there are key differences.

What Google does well is experiment. The company is big on testing, learning and iterating, and it applied the approach to Google Store Chelsea. It built out a full-scale mock-up of the environment in its Mountain View, Calif., retail hangar and, to ensure the experience would be as immersive as possible, it examined every detail, from the store layout to the technology used on the premises.

The testing carried over to Chelsea, explained Jason Rosenthal, Google’s vice president of direct channels and membership. “We’ve had the store open over the course of the last several weeks for Google friends and family,” he said, “so that we can test drive the experience.”

The result is something that’s distinctly Googlesque. Contextual areas set up like living rooms, kitchens and other familiar vignettes encourage visitors to get hands-on with devices and learn how they can fit into their lives. “Discovery boxes” dot the space, offering up diorama-like 3D boxes that feature one or more products and explain their functionality or how some gadgets work together. 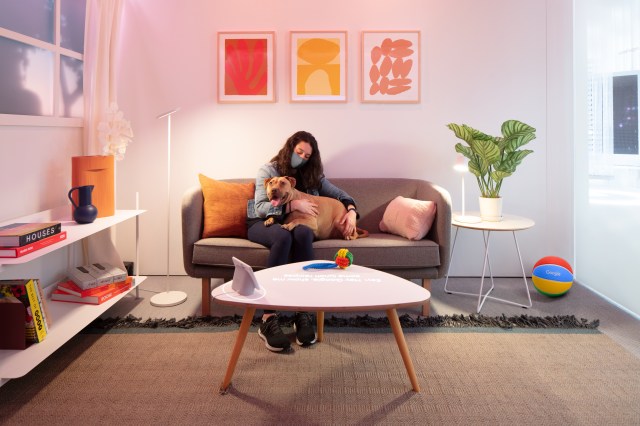 Some of the settings were created to resemble home environments, so people can imagine how the tech fits into their daily lives.  Courtesy photo 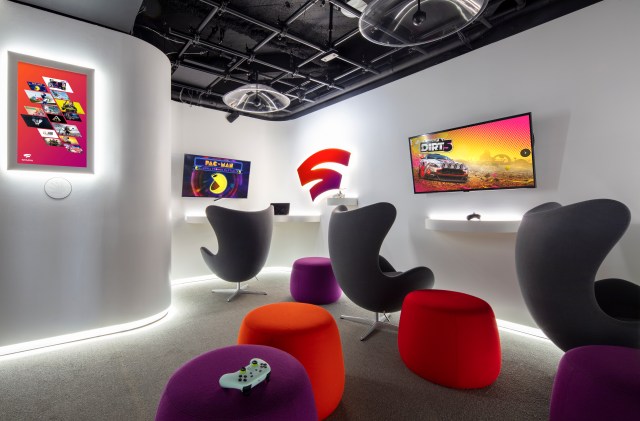 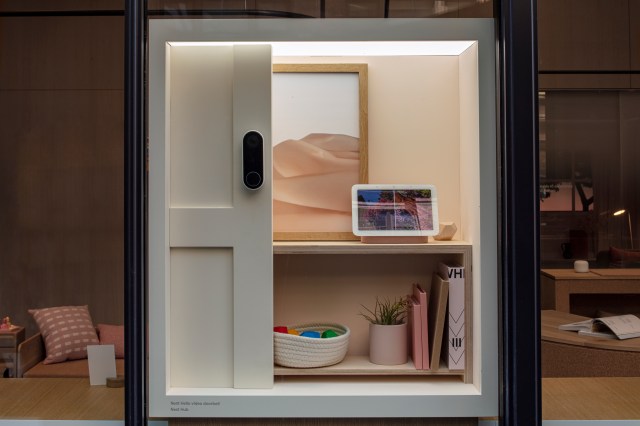 A “discovery box” inside the Chelsea store.  PAUL WARCHOL/Courtesy photo

An attention-getting nook called an “imagination space,” set under a massive lighting feature, offers a rotating lineup of content that gives people “an insider’s view” of services like Google Maps or other nascent Google ideas, Ross said.

They give the public an opportunity to glimpse work that’s in development — “either things that are up and coming or things that you might not usually get [to see],” she added. The company also dedicated three “sandbox” areas, so consumers can check out different features. One darkened space lets consumers try out the Pixel phone’s Night Sight by taking photos in low light in environment.

Google also included some sound-dampening to ensure voice assistant features work well, plus translation powers so people can utter a phrase and hear it back in as many as 24 different languages. 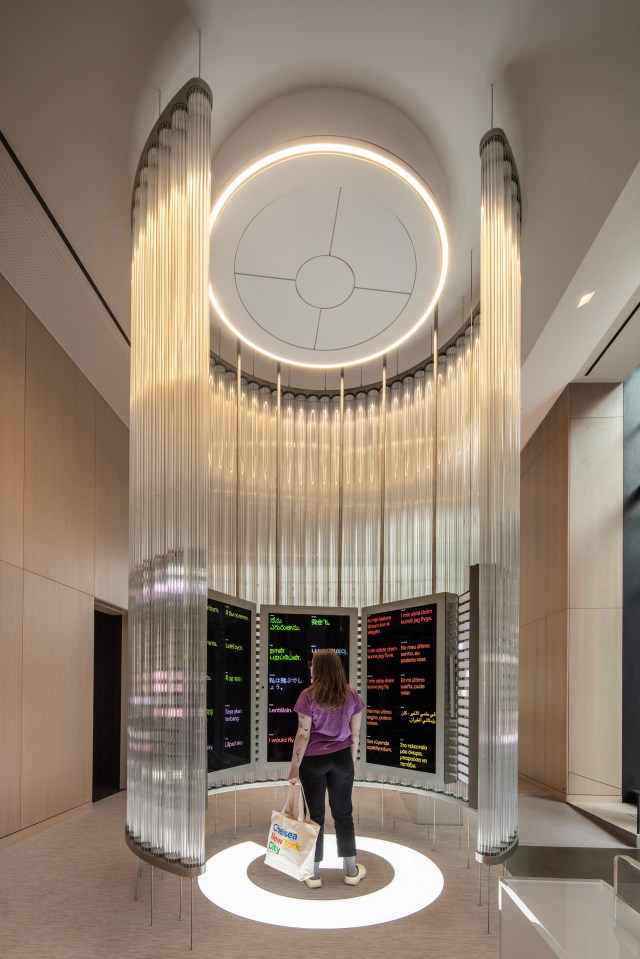 As for hardware gadgets, another distinction from Apple Stores is Google’s use of new physical security technology that lets people play with live devices without cables locking them down. Because playing with dummy devices that don’t turn on or are tied to a desk can hardly be called fun or immersive.

Altogether, it casts the place as a sweeping playspace for all things Google — which is hardly surprising for a company whose campus resembles a playground. 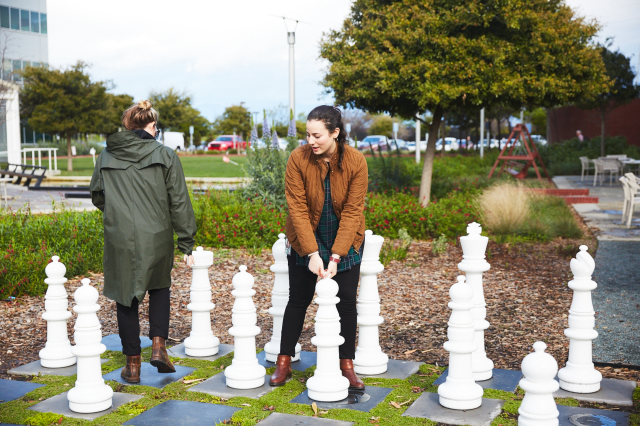 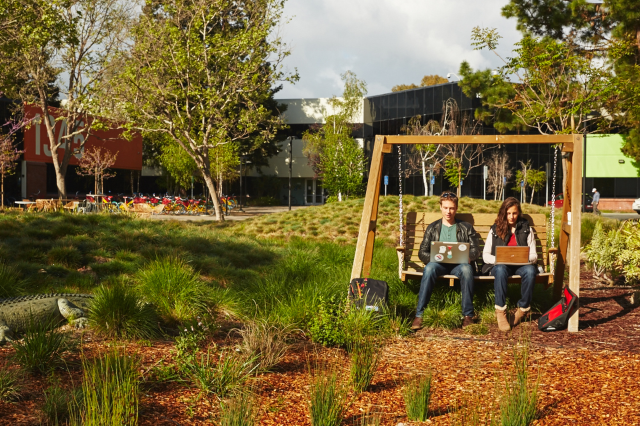 Google workers pair work with a swing on a campus bench.  Courtesy photo

But one thing the company seems serious about is getting retail right. It set up a system so it can directly take customer feedback to improve this store and maybe even future ones — although when asked, Google declined to confirm whether it will open more locations.

For now, its sole focus is on Chelsea. According to Rosenthal, the store was years in the making, building off of learnings from years of hosting pop-ups. Finally, the new shop “really gives us a chance to provide an immersive experience around our entire portfolio, help our customers in a really human-to-human experience that, we think, will provide a great introduction to the Google portfolio.”

The choice to open in New York wasn’t random either. “We have a long history in the city,” he explained. “We have over 11,000 full-time employees in New York today. And so we really think of Google Store Chelsea as just a further investment in our commitment to New York and are excited about finding a great consumer interface to New Yorkers and visitors — and really the surrounding business community in the neighborhood.” 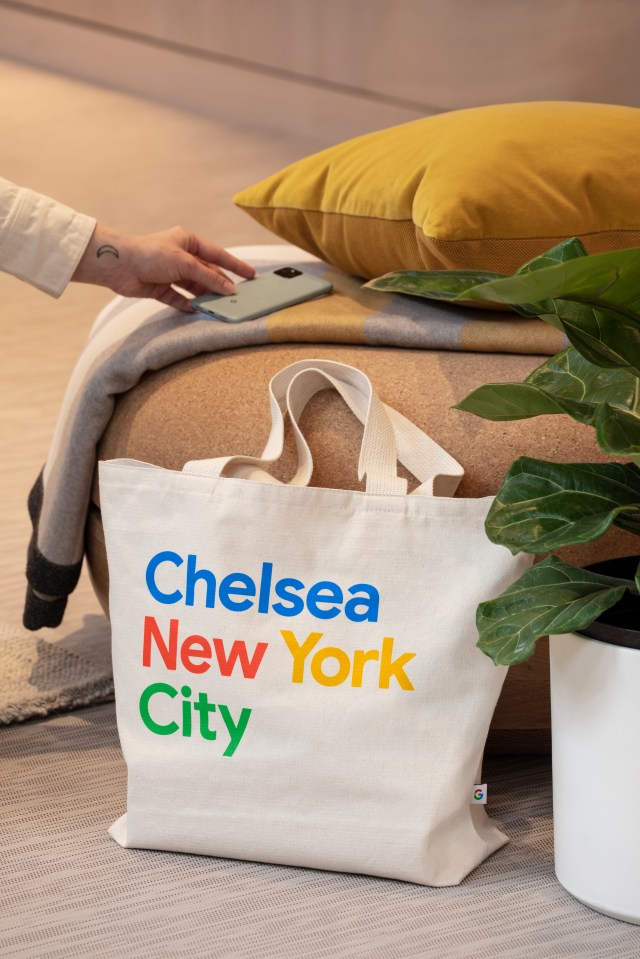 Some branded merchandise will only be available at the Chelsea store.  PAUL WARCHOL/Courtesy photo

Google may be the latest, but it’s not the only major tech company enchanted with brick-and-mortar retail. Apple opened Apple Via del Corso in Rome a couple of weeks ago, and it’s currently in prep mode for its upcoming Tower Theatre store in Los Angeles. On July 1, Microsoft will begin selling products at its “Experience Centers” in London, New York City and Sydney.

Meanwhile, Samsung is amping up physical retail on two fronts: The South Korean electronics giant recently revealed new appointment booking for shoppers in India, while in the U.S., a new deal with Walmart will equip 740,000 associates with Galaxy XCover Pro smartphones. The new “connected associate” initiative will allow workers to clock in through their mobile devices and access schedules, inventory management, Walmart barcode scanning and even push-to-talk features. 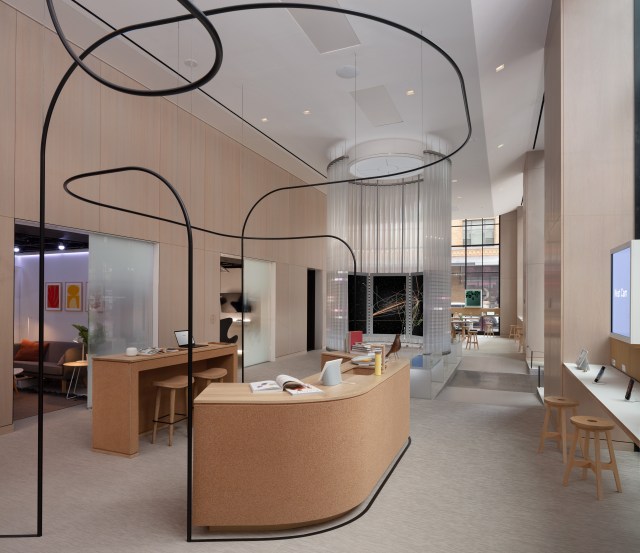 These moves come as large retailers across fashion and other sectors reexamine their outposts, weighing whether to use them more like local fulfillment centers, reinvent them as showrooms or shutter them in favor of e-commerce channels. That begs the question of whether there’s still a place for physical stores in a post-COVID-19 world.

At least as far as Big Tech is concerned, the answer appears to be a resounding yes.