Google, hot off its I/O developer conference, saved some of its most sweeping revelations for the Google Marketing Live conference in San Francisco this week.

The sprawling array of changes, which ramp up the company’s advertising and retail operations, all converge on one goal: using Google’s considerable tech to create new ways of reaching consumers.

In March, it unveiled “Shoppable Ads” at Shoptalk in Las Vegas, and at last week’s I/O conference, executives showed off how augmented reality search results can give shoe shoppers a realistic view of, say, New Balance sneakers.

Now the company is upping the ante by giving ads more real estate, including premium spaces like the landing page of Google’s mobile search engine and the main feed in its smartphone app. Search results will also come with a gallery of as many as eight image-based ads.

The changes play into the theme of “discovery,” with Google determined to hammer home one particular message: When it comes to helping people find what they’re looking for, no one else can compare — even when consumers don’t realize they’re searching for something.

The key, according to Brad Bender, Google’s head of display and video advertising, is timing. The magic happens when advertisers appeal to people when they’re open to “discovering something new,” he said. And the best way to ensure that, essentially, is to slather the Googleverse with advertisements and shopping opportunities.

Google is unleashing ads across more of its Googleverse, including some premium spaces, like its Discover feed.  Courtesy image

Gmail, Google Images, YouTube, even Google Maps, as well as Google’s Discover feed will also be fair game for targeted ads. This is no minor update — Discover alone serves more than 800 million users, according to numbers the company disclosed last year.

The massive expansion of ads alone would have been intriguing news for the fashion and retail industry. But then Google decided to get more serious about its own shopping efforts.

The company has made Google Shopping a priority, reengineering the web page to act less like a variant of its search engine and more like a retail hub. 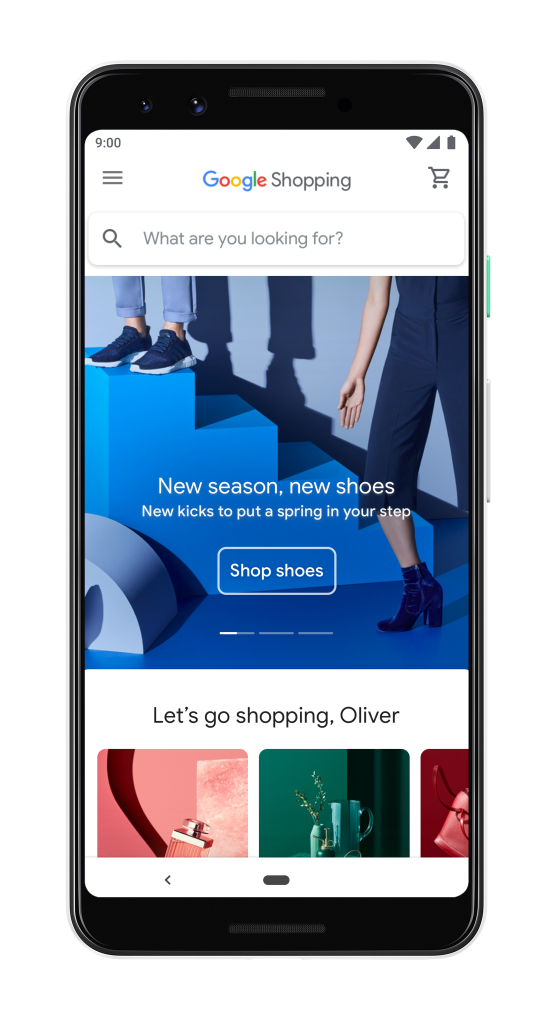 Consumers get a new, personalized homepage, access to reviews and product videos, and filters for easier comparison shopping across product features, brands and stores.

“Users can buy the products shown in the video they’re currently watching, while the video continues playing,” said Oliver Heckmann, Google’s vice president of travel and shopping, of a feature coming later this year. Advertisers will also be able to place Google Shopping ads, putting a finer point on the notion of hitting consumers when they’re most open to buying.

In addition to third-party e-commerce merchants and local brick-and-mortar stores, customers will be able to buy right from Google itself, as well as save their credit card details to streamline transactions.

Prabhakar Raghavan, Google’s senior vice president of engineering, summed up the Google Shopping revamp in a blog post: “For retailers and brands, it brings together ads, local and transactions in one place to help them connect with consumers across their shopping journey.”

Think of it as a mash-up of Google Express and Google Shopping, and it’s just the beginning.

“If you’re a S​hopping Actions merchant, your products will automatically be part of this new easy purchase experience on Google Shopping, Google.com and the Google Assistant,” Raghavan continued. “Later this year, we’ll expand Shopping Actions to other Google surfaces including YouTube and Google Images.” 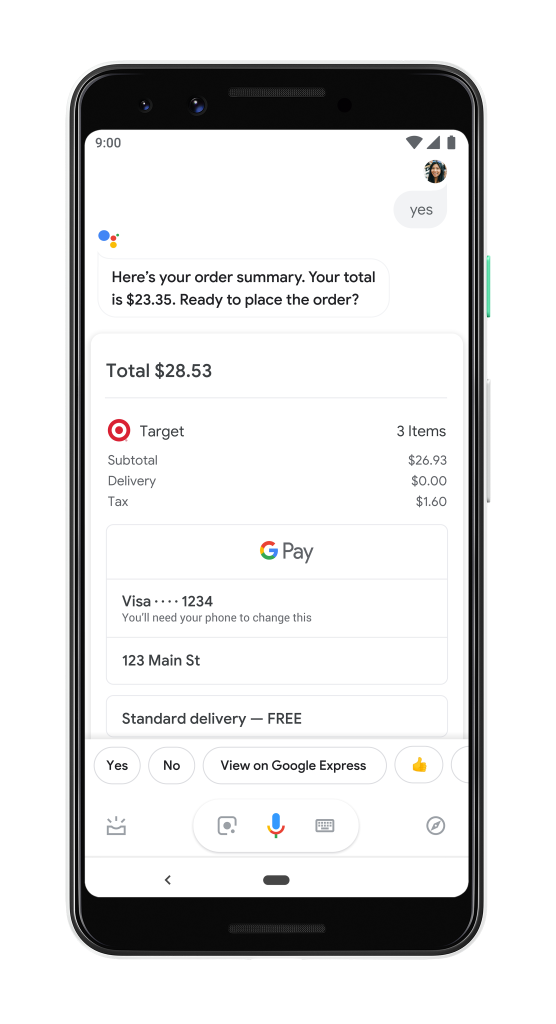 In essence, the company just connected a plethora of dots spanning some of its top tech, and the resulting picture looks like a retail marketplace.

This tack resembles Amazon’s approach, which weaves together its Alexa voice platform, a growing spate of Fire and Echo gadgets, Amazon Key delivery options and various “Prime” services and funnels them into its e-commerce operation.

The scenario unfolding now looks like an escalation of a turf war between giants, with Amazon and Google encroaching on each other’s territory. Amazon, which made $2.7 billion in ad revenue over the first three months of 2019, continues to take aim at Google and Facebook’s dominance in online advertising. Meanwhile, as Google shores up its ad business, it’s also using every tool in its tool kit — data, search, video, voice, mobile — to expand its shopping powers.

The stakes are high for Google, especially during a tough period for the company. Its latest earnings report showed lagging revenue growth, worrying investors. And a $1.7 billion fine from the European Union certainly didn’t help matters.

It’s understandable if Google is focusing more on the business end of its operations and not just moonshot projects. And it’s not the only one excited about its advertising and retail business. Adobe just unveiled support for Google Shopping ads alongside Amazon sales integration for its Magento e-commerce platform. The reason, Adobe said, is because of demand from its community of users.

That might be encouraging for Google. But these tactics come with some risk.

Shopping personalization and increased ad targeting require a lot of data. Rolling out these changes across more of Google’s ecosystem could intensify scrutiny of its privacy and security policies during a time of heightened sensitivities and calls to regulate “big tech.”

There’s something else that’s hard to overlook: When technology companies make big business out of selling to the public, things can get complicated. Just ask Apple, which has seen its App Store become the center of an anti-trust case green-lighted by the Supreme Court, or Amazon, which politicians accuse of anti-competitive practices. If Google Shopping becomes as wildly popular as its creator hopes, the company could face similar accusations down the road.

In the meantime, one of the biggest takeaways is that a credible Amazon rival has come into view, and it has the deep pockets, serious technology chops and penchant for experimentation that would be necessary to compete. Google investors may have reason to cheer, but what’s less evident is whether it will ultimately be good or bad news for retailers still grappling with the new digital world order.

They’ll need to brace themselves as Amazon and Google tango, and others — such as Instagram and parent company Facebook — indulge their retail fever. This is, after all, a sector known for moving fast and breaking things. And it has its eye fixed on shopping.