Huawei’s Honor Looks to Make It Big in Europe, Despite Controversy in U.S., U.K.

LONDON — Huawei is pursuing its global ambitions despite difficulties on both sides of the Atlantic. The U.S. has blacklisted Huawei as part of a new set of sanctions on Chinese companies, while some British Members of Parliament are concerned about the potential security risks involved in asking Huawei to help build the U.K.’s 5G network.

The world’s largest telecommunications equipment manufacturer, second largest manufacturer of smartphones and a leading player in 5G technology learned this week that it can no longer collaborate with Google on the Android operating systems, due to the U.S. sanctions. That hasn’t stopped the Shenzhen-based company’s drive into the fashion and lifestyle sector, in Europe in particular.

On Tuesday in London, Huawei’s subbrand Honor, which was founded in 2013, will present its latest flagship smartphone, the Honor 20 series, for the first time outside China. The phone is said to be equipped with four AI cameras and comes with a competitive price tag.

Huawei and Honor, which have different target audiences, communications strategies and price points, have been grabbing market share in China and developing countries such as India, as well as in Russia. For example, Honor charges 449 British pounds for a flagship phone and 89 pounds for an entry-level smartphone, much lower than its competitors such as Apple and Samsung. The company reported annual revenue of $108.5 billion in 2018, up 21 percent from 2017.

In Malaysia, where Honor is targeting a younger audience and has a higher cost-performance ratio, it has tapped the local actress and entrepreneur Mira Filzah as its ambassador. In the U.K., Honor has appointed footballer Dele Alli as its brand ambassador. It has tapped Robin Packalen for Finland and Olympic champion Eva Samková for the Czech Republic, in the hope they’ll connect with young consumers in their respective markets.

George Zhao, the president of Honor, spoke to WWD exclusively on how a Chinese company can climb the global value chain, create a user community through content curation, and establish itself in the fashion and lifestyle arena. 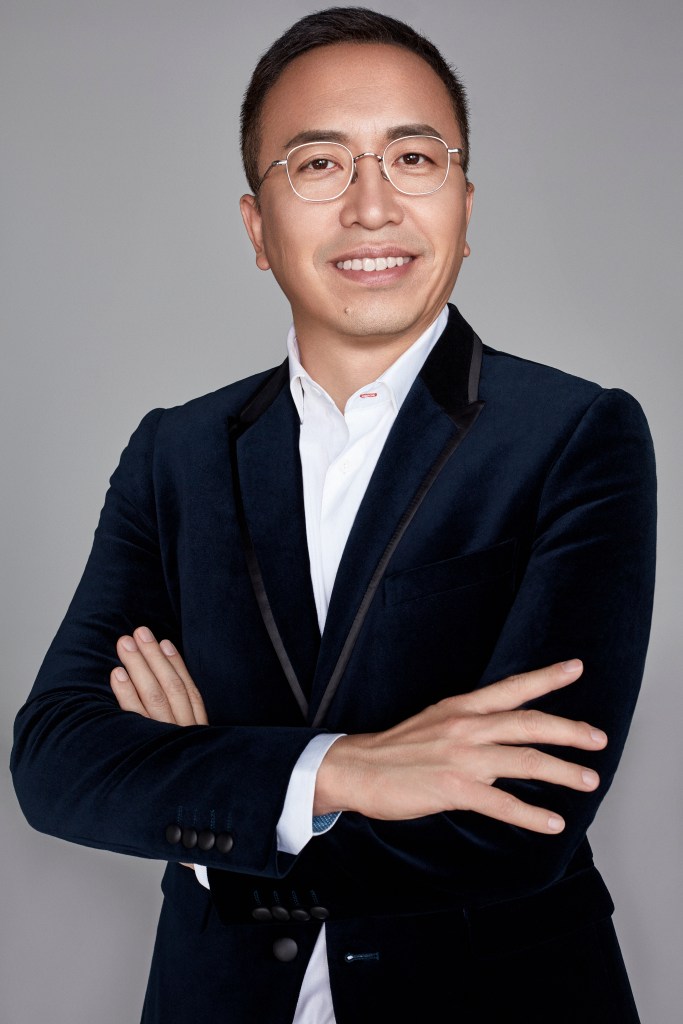 WWD: Where does Honor sit in the marketplace?

George Zhao: I would define Honor as a trendy technology brand for young people around the world with a focus on design and performance. Our goal is to create a smart new world that belongs to young people. We have been pushing various models to the market and we aim to create a smartphone plus an Internet of Things (IoT) ecosystem. For example, the Magic series paints a picture about what future technology would look like, while the V series focuses on functionality and user experience. The N series is positioned to intersect with fashion and lifestyle.

We are China’s top smartphone brand and consumers’ favorite brand, according to research conducted by Ipsos, and as of December 27, Honor has over 100 million active users. We surpassed Apple and we rank fourth in China, owning 15.1 percent of the smartphone market in 2018, according to data from third-party research conducted by Sino Market Research.

In the global market, Honor has entered more than 70 countries and regions. We are the no.1 brand in Russia and according to data from Canalys, Honor is the fifth largest player in the European and Middle East market. Our overseas sales in 2018 went up 170 percent and contribute to more than a quarter of our gross revenue. I am confident to say that we expect to double that number in 2019, and we will eventually become China’s second-biggest smartphone brand, after Huawei, and the world’s fourth-largest brand. (First and second are Samsung and Apple.)

WWD: What is the best-selling model at the moment?

G.Z.: The model Honor 8X has been doing exceptionally well. It was launched in September, featuring full-screen display, duo AI cameras and AI communication technology. It had sold more than 10 million units by February 2019.

WWD: Why does Honor want to extend its brand association into fashion and lifestyle?

G.Z.: We have always prioritized what young consumers want at Honor. We are constantly observing and responding to the rise of Gen Z. Born in a stable and wealthy society, surrounded by tech gadgets and technologies, this generation of consumers [is made of] digital natives. They not only pursue technology, but also want to have personal tastes and share their experiences. We hope to attract this group of young consumers and become a global leader in youth culture.

We believe that the rapid development of 5G, AI and loT will connect everything together and the smartphone as a terminal device plays a key part in the realization of the massive web. Honor is capable of uniting our technology and users and extending that into fashion and lifestyle is a natural step as our focus is to connect everything together through our products. 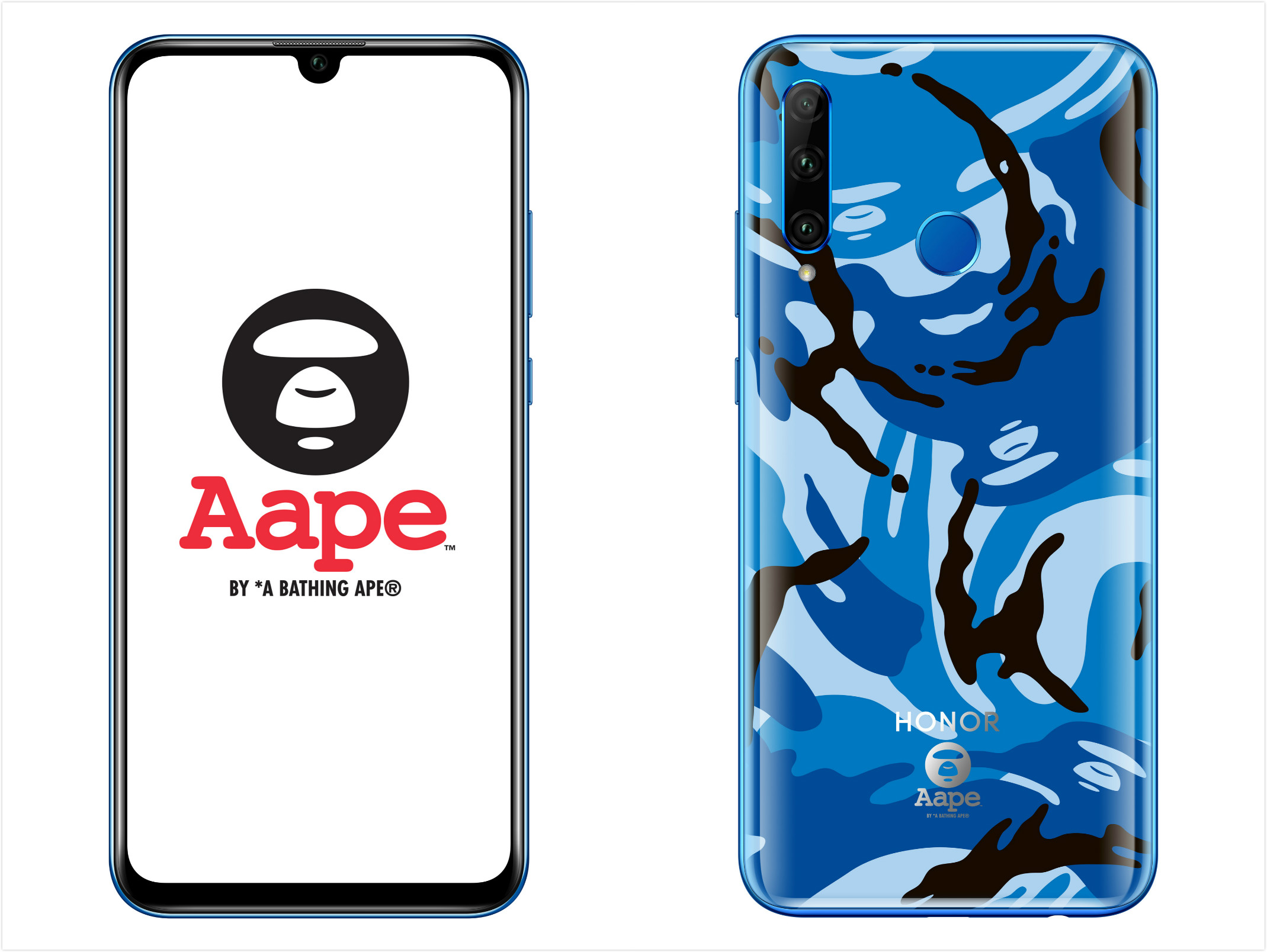 WWD: Any examples of Honor working with fashion and lifestyle brands so far?

G.Z.: Last year, Honor collaborated with Moschino and launched a special edition of the Honor V20 model. That’s the first time we crossed over into fashion brands. Two batches of the smartphone were sold out within minutes of launch. We have benefited greatly from events like this among young consumers.

In 2019, Honor has showcased a collaboration with the American-Chinese fashion designer Vivienne Tam, as well as the Japanese streetwear label Aape. Different collaborations cater to all ranges of consumers and represent their ideal ways of living. Our social campaign “HonorTechChic” promoting the crossovers, achieved more than 100 million views and 1.7 million comments on Weibo. I can assure you there will soon be more fashion and lifestyle crossovers coming in the near future.

WWD: Do you market yourselves differently in the various markets, and does the concept of fashion and lifestyle differ between East and West?

G.Z.: Now, thanks to the Internet, cross-cultural integration has connected both worlds and opened up endless possibilities. I like to think consumers in the East and West are very open-minded when it comes to fashion and lifestyle. In response to the rapid change, we upgrade our brand constantly to keep up with the global youth community. New visuals, new slogans and a new vision are making Honor younger, more energetic and global. We want to tell our consumers all over the world one story, our story.

WWD: What kind of content do you believe Honor users and consumers will want to see? And where and when will they see it?

G.Z.: Young people today are full of energy and are willing to share and are open to new ideas. Not only do they want the latest smartphone, they also want the most innovative, forward-thinking, interactive, trendy experience.

In order to meet their growing appetite, we launched a social platform called Honor Club to connect like-minded individuals. Smartphone users can interact with each other and share their exciting life and dreams. There are four sub-clubs, covering the areas of technology, design, personality and charity. Each club has its own WeChat mini program and dedicated experience area in the Honor physical store. Based on this platform, we soon launched more niche clubs for the community, such as in the areas of music, e-gaming, photography, tech geek and even university recruitment.

In overseas markets, we established and communicated our voice through sponsorship. In Russia, we sponsored Ice Run, an extreme marathon event. In India, we partnered with musical.ly, a local short video platform, to launch a reality show called “1 Million Auditions.” We also collaborated with Gameloft on e-gaming competitions. Through events like this, more and more young consumers get to know us, a smartphone brand from China.