Instagram is monetizing more of its network, thanks to ads expanding into its Explore page, the Facebook-owned platform revealed Wednesday.

Advertisements are often a nuisance for social media users, but the photo- and video-sharing network figures that the key is putting them in front of people when they’re open to new things. Explore, as an area designed to feature new content or accounts to follow, looks ripe for ads.

Sponsored posts already show up in the app’s main feed and Stories. But what Explore brings to the table is a chance for advertisers “to be part of what’s culturally relevant and trending while reaching new audiences who are looking to discover something new,” according to an Instagram blog post.

And it doesn’t require any heavy lifting on the part of brands. They can just broaden their existing campaigns by hitting an optional switch. Because the placements are automated, users will see relevant ads based on what they’ve looked at or searched, just as Instagram recommends content and accounts for users to follow.

The opportunity could be huge. Instagram broke the one billion-user threshold last year. With more than 50 percent of accounts using Explore, according to the company, hundreds of millions people are traipsing around the section daily.

While the premise makes sense, some marketers worry that the move will irritate users.

“The biggest hurdle for any platform trying to introduce ads in a previously non-commercial space is minimizing interruption to the user experience while satisfying advertisers that their content will be seen,” said Dan Goldstein, a former attorney who now runs digital marketing agency Page 1 Solutions.

Goldstein is also uncertain about the details of Instagram’s algorithm-driven ad placements. But if it works the way the company says it does, based on people’s interests and behaviors, it could avoid a lot of potential pitfalls.

“If this is the case, I think Explore could be an effective tool for bringing brands to the attention of users who may already be on the lookout for goods and services,” he said. “When these interests align, that makes for effective advertising that serves both parties.”

Also, it’s worth noting that Instagram already has shopping features. Now it could own the entire journey, from grabbing a consumer’s attention — through shoppable posts or various advertisements — to shuttling them into a buying situation, complete with transaction. It’s a closed loop without the user ever having to leave the app. 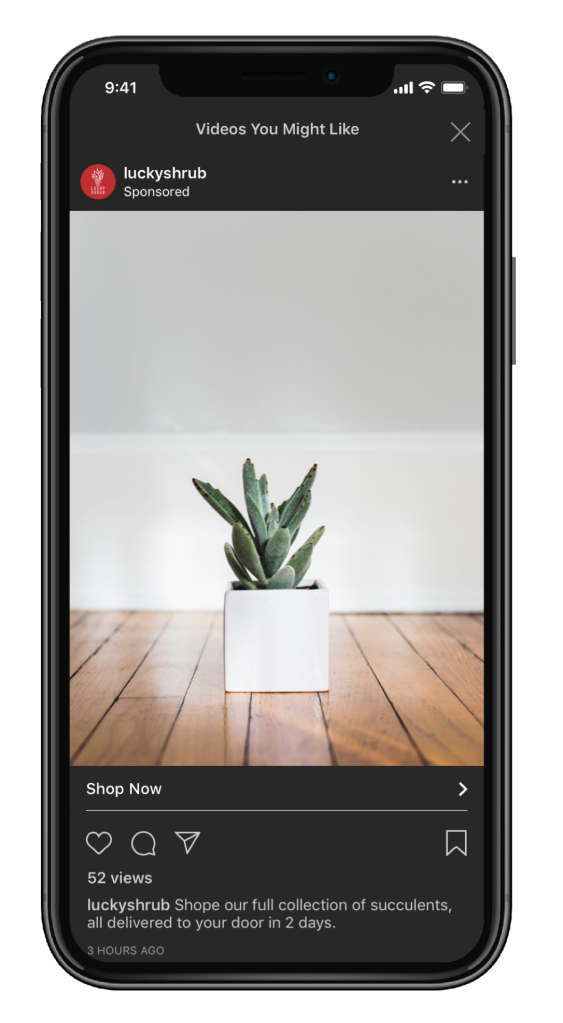 Not that there aren’t risks in messing with how social media users experience content. Rival platform Snapchat knows that all too well, after it faced backlash from a deeply unpopular app redesign in early 2018.

The change, which separated users’ personal friends from the influencers and brands they follow, triggered an exodus of users. Some cited a messy, confusing layout. Others complained that the separation shattered the intimate feel of engaging with influencers alongside shares from friends. Such connection is hard to grow organically, and tinkering with it proved disastrous for the platform.

For Instagram, the takeaway is that its algorithms need to be spot on, otherwise the ads will feel inorganic and intrusive. On the plus side, the company may have the layout already sewn up, with an existing grid format that’s suitable for advertisements.

Still, the company’s treading carefully. It’s starting with a test run covering a limited group of participating businesses, before opening it up to others in the coming months.