Data from Edited found that 44 percent of Ivanka Trump's products sold online are being discounted. 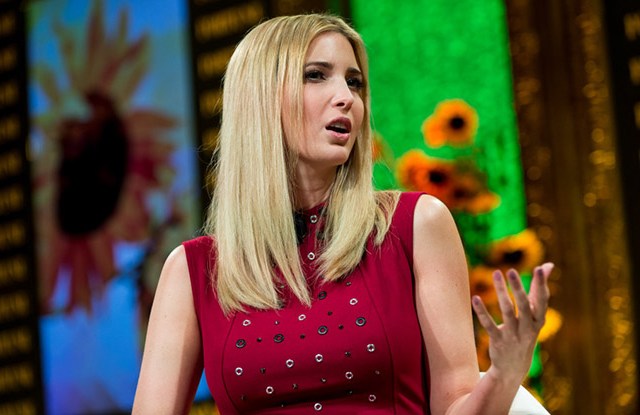 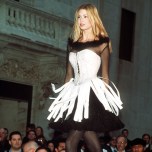 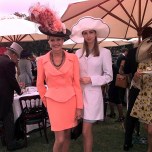 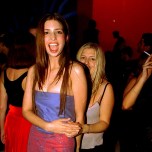 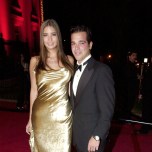 Ivanka Trump’s fashion brand is getting a lot of attention — not to mention free advertising from her father’s presidential counselor Kellyanne Conway — but all the hubbub isn’t translating into full-price sales online.

Discounting is rife online for the brand, with 44 percent of all Ivanka Trump products being sold at prices that are on average 49 percent off, according to Edited.

This story first appeared in the February 16, 2017 issue of WWD. Subscribe Today.

WWD asked the fashion-focused big data firm, which tracks more than 90,000 brands and retailers worldwide, to dig into the brand’s online standings given all the media attention it has received over the last few weeks.

Katie Smith, senior fashion and retail market analyst at Edited, said the brand has “low market penetration,” with almost half the goods that arrived in the online market between the start of 2015 and mid 2016 ending up being discounted by 60 percent or more. On average, 10 percent of goods in the U.S. see such steep price cuts.

“Ivanka Trump doesn’t rank highly on the lists of most-stocked brands at department stores — Jessica Simpson’s brand out-stocks it, for example,” Smith said. “The Ivanka Trump line is not such a high performing brand that retailers will forfeit large profits by scrapping it. It’s too early to tell if the brand will struggle due to the recent boycotting — and that’s in part because it’s now linking to its stockists via its own web site, which it was not back in October.”

The “Shop” page on the Ivanka Trump web site links out to merchants such as Dillard’s, Lord & Taylor, Amazon, Macy’s, Zappos and more.

Elitify in India and El Corte Inglés in Spain have stopped carrying the brand from a year ago and in the U.S., Rue La La and Nordstrom-owned HauteLook in the U.S. have dropped the label.

Nordstrom, which recently said it will drop the collection, saying it wasn’t performing, has only two products online from the brand. Nordstrom’s decision set off a firestorm of controversy, with President Trump tweeting, “My daughter Ivanka has been treated so unfairly by @Nordstrom. She is a great person — always pushing me to do the right thing! Terrible!” The brand was further defended by Conway in a TV appearance — a defense that has gotten the presidential insider into ethical hot water.

The first daughter as taken a formal leave of absence from her company and the Trump Organization and has decamped to Washington where her husband, Jared Kushner, serves as senior adviser to the president.

And the brand appears to be adjusting to her absence.

New arrivals from the Ivanka Trump brand over the past month were down 32 percent from a year ago.

While the label’s biggest categories online are accessories and footwear, the brand now seems to be pushing more tops, a category that’s seen the number of new product offerings rise 79 percent from a year earlier.

Edited’s Smith predicted that the brand would most likely pivot and “will better harness the attention and find ways to sell direct to its shoppers.”